The report entitled “Whose representatives? MEPs on the industry payroll”, written in an collaborative effort by Friends of the Earth Europe, Corporate Europe Observatory and LobbyControl, details nine cases of MEPs who have other jobs while holding public office and are at risk of potential conflicts of interest. 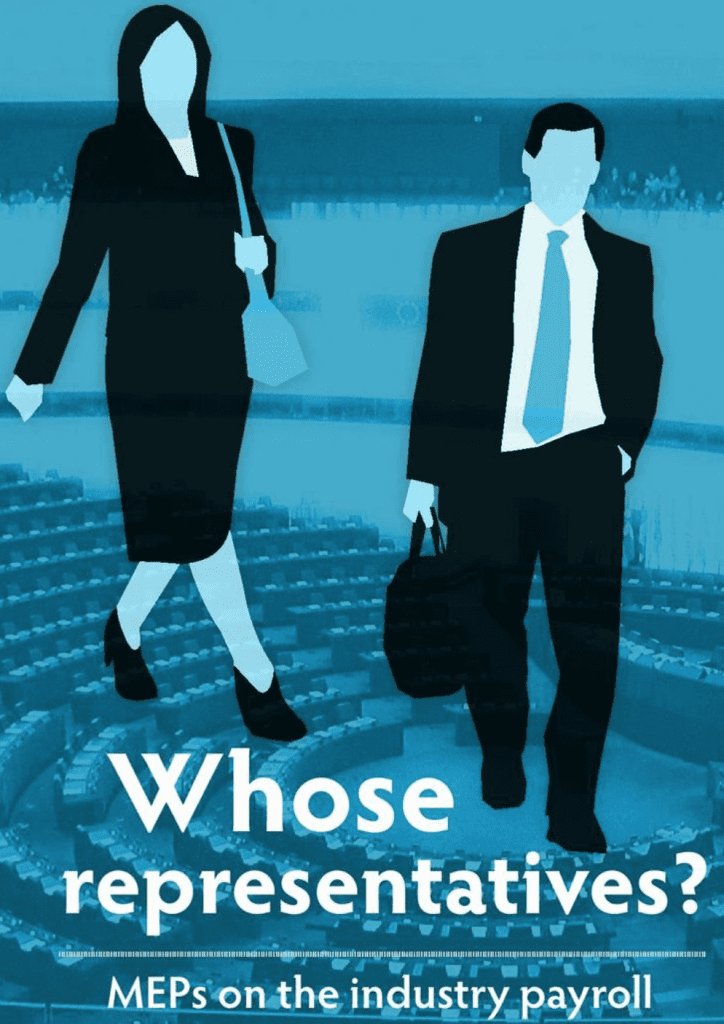 All nine MEPs hold paid positions in companies or business associations that directly or indirectly lobby EU decision-makers on current legislative files. The cases include parliamentarians from Poland, Italy, Germany, Belgium, France, the UK, Denmark and Austria – some of which had already given rise to concerns in the last parliamentary term.

The authors of the report highlight that the existing code of conduct for MEPs, introduced in 2012, is insufficiently enforced and riddled with loopholes so that problematic cases keep arising.

Friends of the Earth Europe, Corporate Europe Observatory and LobbyControl are recommending the parliament’s code of conduct be strengthened in the following ways:

Nina Katzemich of LobbyControl, a civil society initiative that provides information on lobbying, PR campaigns and think tanks and promotes transparency and democracy in Germany and on the European level, said:

“Three years after the code of conduct was adopted, there are still many MEPs with potential conflicts of interest and dubious declarations of financial interest. It is high time for an overhaul. We demand the parliament bans all side jobs in companies or associations that try to influence EU legislation.”

Report (pdf): Whose representatives? MEPs on the industry payroll