The Lankese newspaper THE ISLAND has published an article about former IOGT International Board Member Olcott Gunasekera in February 2015. We are re-publishing excerpts of it here.

The headlines of the article reads: 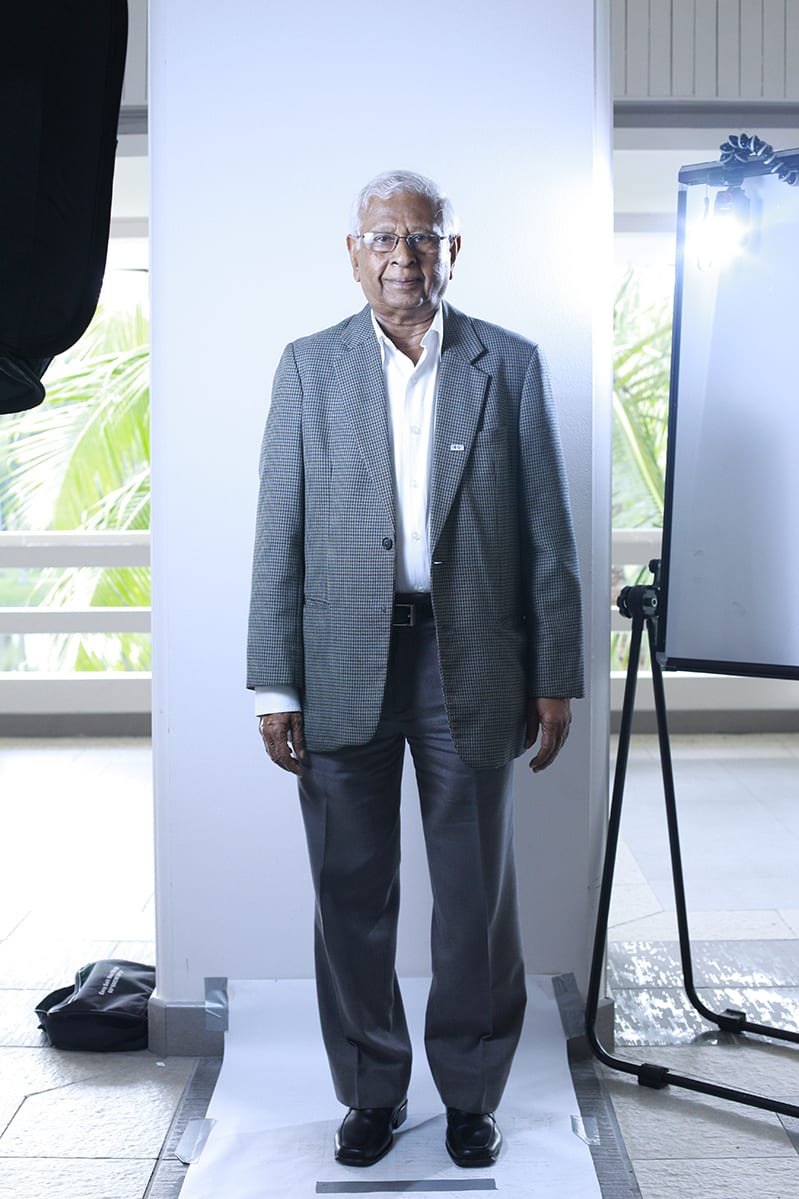 I do not like publicity for the sake of publicity but I would like to see if it is possible through your article to bring about an upturn of those renouncing the world and becoming monks in order to protect and foster the Buddha Sasana; to encourage parents from privileged backgrounds to gift their sons to join a noble (ariyo) clan.

We have 2.3 million attending Dhamma schools and it should become the recruiting ground for new monks. But it is not so. With what ease did persons of all ages renounce during the time of the Buddha!”

This is the reply I got to my request to Deshabandhu Olcott Gunasekera to write about him. I was told that he was renouncing lay life and seeking refuge in the ten precepts with the intention of gaining full ordination as a monk in the near future. When I enquired about the truth of this he said it was so.

On February 18 this year I turn 80. I shall undertake renunciation of lay life on that day. We usually give a dané to the monks at Vajiraramaya and Narada Bauddha Dharmayatanaya on that day, but this year I shall offer myself to the Sangha.

I will go into retreat to study, reflect and meditate on Feb. 18 and then on March 5 I will be ordained at Vajiraramaya.

He pointed to a pile of books in his room at the Dharmavijaya Foundation on Sarana Road, Colombo 7 that included the entire Tripitaka and the commentaries that were gifted a few days back by the Sasana Sevaka Society, Maharagama in appreciation of his services to that institute for over 50 years. His intention is to master them during his period of retreat.

The impression I got of Mr Gunasekera on Tuesday (Feb. 10) when I interviewed him was inward joy, seen in his face which is always calm and kindly, reflecting the determination of a man who achieved so much right up to his late 70s. Asked whether his decision to become a monk was sudden or long thought of he replied that as a child he had a desire to join the Sangha, “renunciation then being in the vocabulary of society”.

His parents too had been discussing this but according to their wishes he continued his studies excelling in school and moved on. Now that he is free of responsibility, or rather there are people to take on family responsibilities – his loving and understanding wife, Anula, and married daughter – he finally decided on ‘going forth’ in the footsteps of the Buddha by becoming a member of the unbroken line of monks. Blessed with good health, he felt it was time to grab the opportunity. He added that in his day and earlier, even during the restrictive ages of colonialism, renunciation was a societal norm with at least one son in a family being given to the Sangha. With a laugh he noted that a prophecy made by the Ven. Narada Maha Thera that “one day this boy will become a monk” was to come true on February 18.

The Sri Lankan environment is conducive to renunciation and the opportunity has presented itself. So why not take it, is his contention.

Who knows what the next birth will be?”

He has been a teetotaller and a vegetarian all his life. Speaking about the latter, he explained that his parents had been influenced before their marriage by the sermons of the Italian monk Ven Lokanatha and Ven Narada Thera and once after a sermon, the dried fish and sprats in the larder of many homes were buried. His family, inclusive of his grandchildren, are vegetarian…