News reports in Uganda sound the alarm: Alcohol sachets election issue – but not in the way advocates for public health and sustainable development might wish.

In 50 days Uganda will hold Presidential elections and in the run-up to election day the nine candidates running for office are gearing up their campaigns. Campaigns, however, have now come under intense scrutiny for their use of alcohol, often waragi, and the negative consequences associated.

Waragi (also known as enguli) is a generic term in Uganda for domestic distilled beverages. Waragi is known as a form of homemade Gin. Waragi is widely available – even to children and youth – in sachets. Alcohol availability is a paramount obstacle to improved public health and sustainable development of the East African country.

Campaign season in Uganda provides another example, as reports emerge about violence, for example in this Red Pepper issue. 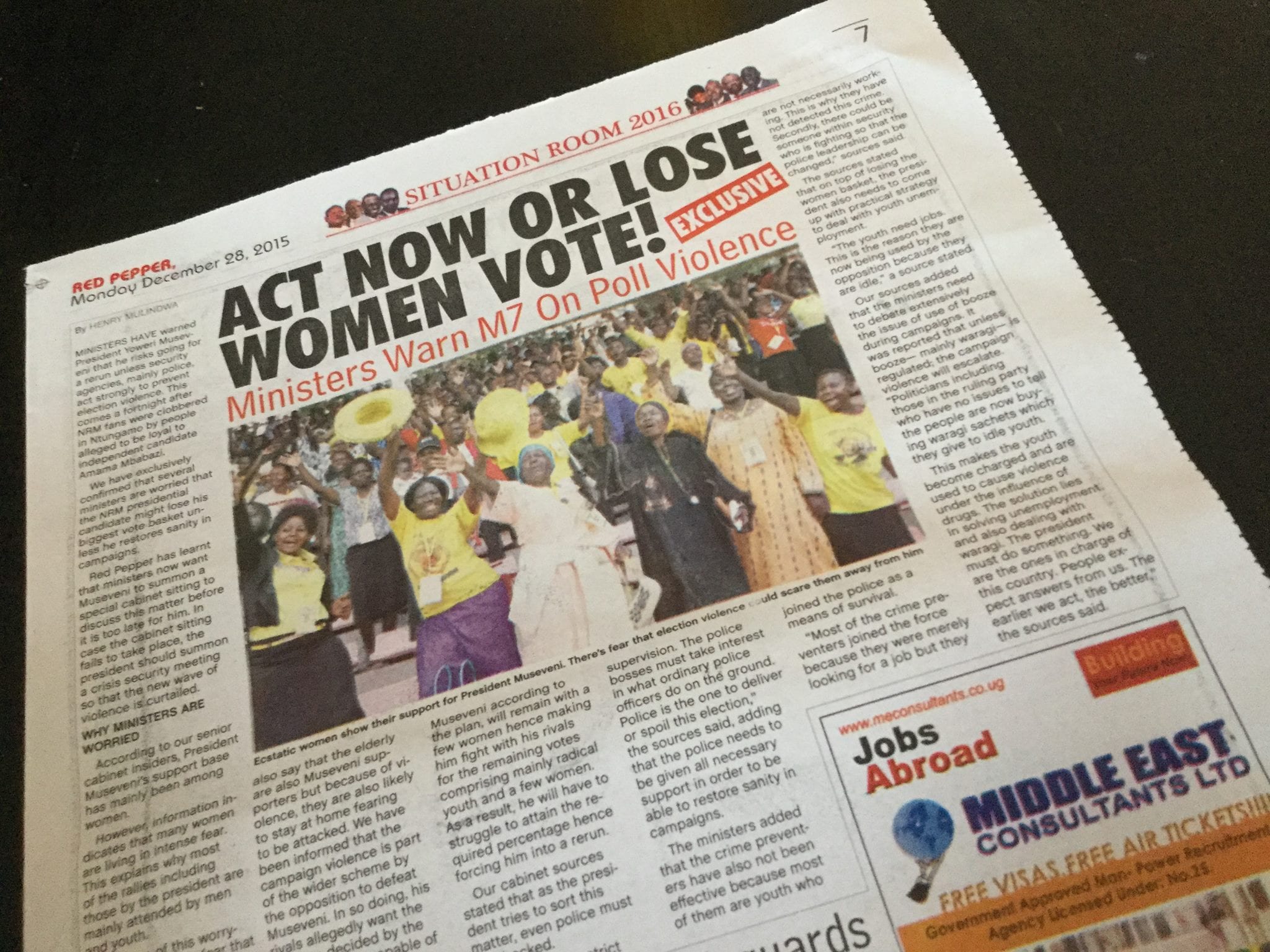 Violence in connection to election campaign events deters women from participating because of fears of being attacked. Alcohol is a major risk factor for violence and thus puts a heavy burden on gender equality and women participation in the public realm. 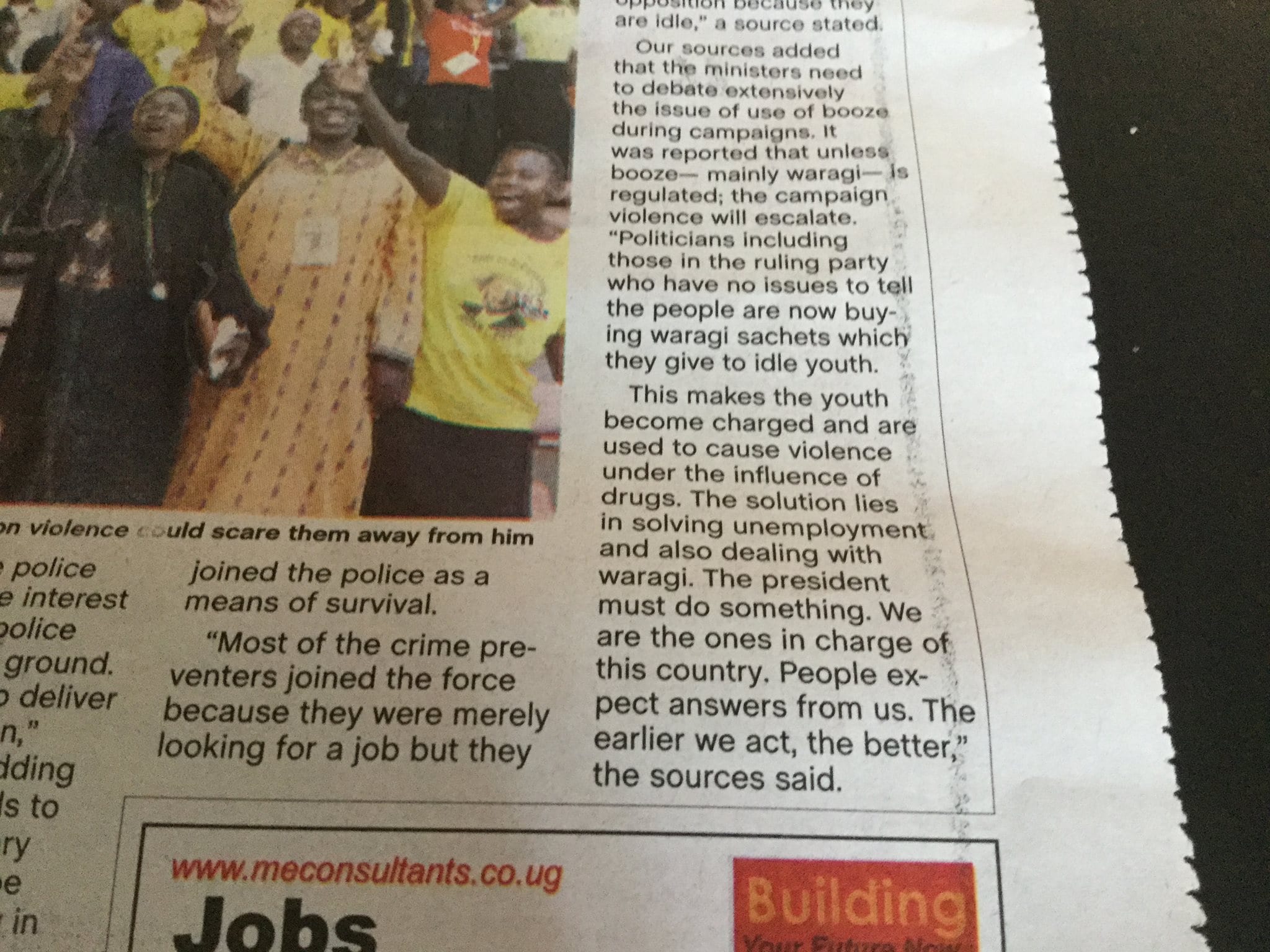 [The] situation is likely to be maintained for a while mainly due to increased informal production of local alcohol by everyone and everywhere. This is coupled with weak controls in law enforcement of production processes, marketing operations and lack of general alcohol policy measures.

For instance in Uganda bars and shops have open sales almost 24 hours. This makes it easy to access alcohol…

The unrestricted corporate messages via the media on radio and TV which glamorize alcohol and normalise and which aim at targeting children, is also another leading cause for my country’s high alcohol intake.

It is also evident that the weak alcohol policy in Uganda as well as limited awareness and sensitisation for alcohol harm in its different forms, plus the high unemployment rates especially among the youth and related (often severe) consequences are leading to increased alcohol intake in Uganda.

Poll violence is now linked to alcohol sachets, which are cheaply sold and often cheaper than water. The latest reports add to the urgent calls from civil society activists, including IOGT International Member Organizations that the government ought to take urgent and impactful action.