On behalf of the alcohol industry in Europe, the European Commission files a dispute at WTO against Colombia’s alcohol tax…

On 13 January 2016, the European Union notified the WTO Secretariat that it has initiated a WTO dispute proceeding against Colombia regarding national and departmental measures affecting imported liquor.

The European Union contends that Colombian authorities at national and departmental level accord discriminatory and WTO-inconsistent treatment to imported alcoholic beverages negatively impacting exports of liquor from EU into Colombia.

Colombia’s current excise tax regime applies a lower rate per degree of alcohol to products below 35% ABV. This practice encourages the production of products with lower alcohol content, such as locally produced products like aguardiente and rum, which are generally bottled at 30% ABV.

Competing imported spirits, the majority of which are bottled above 35% ABV, are subject to a tax rate 1.6 times higher.

Colombia has been identified as a priority market for the UK spirits industry. It is the largest market in the Andean Community, representing more than one third of EU spirit drink exports to the region. In 2014, direct exports to Colombia were valued at €41.2 million. According to the SWA, 2014 Scotch exports reached £24 million in shipment value, up 7% on 2013.

The Free Trade Agreement (FTA) between the EU and Colombia came into force in 2013 and contained a ‘Joint Declaration’ that allowed Colombia to maintain its alcohol tax regime for two years after the FTA, i.e. until 1 August 2015.

From a public health perspective, products with lower alcohol strength are to be preferred because they reduce health risks. Between 2005 and 2010, the number of lifetime abstainers from alcohol had substantially increased in Colombia, according to data from the Centre for Addiction and Mental Health’s World Health Organization/Pan-American Health Organization (WHO/PAHO) Collaborating Centre in Addiction and Mental Health, 2014. 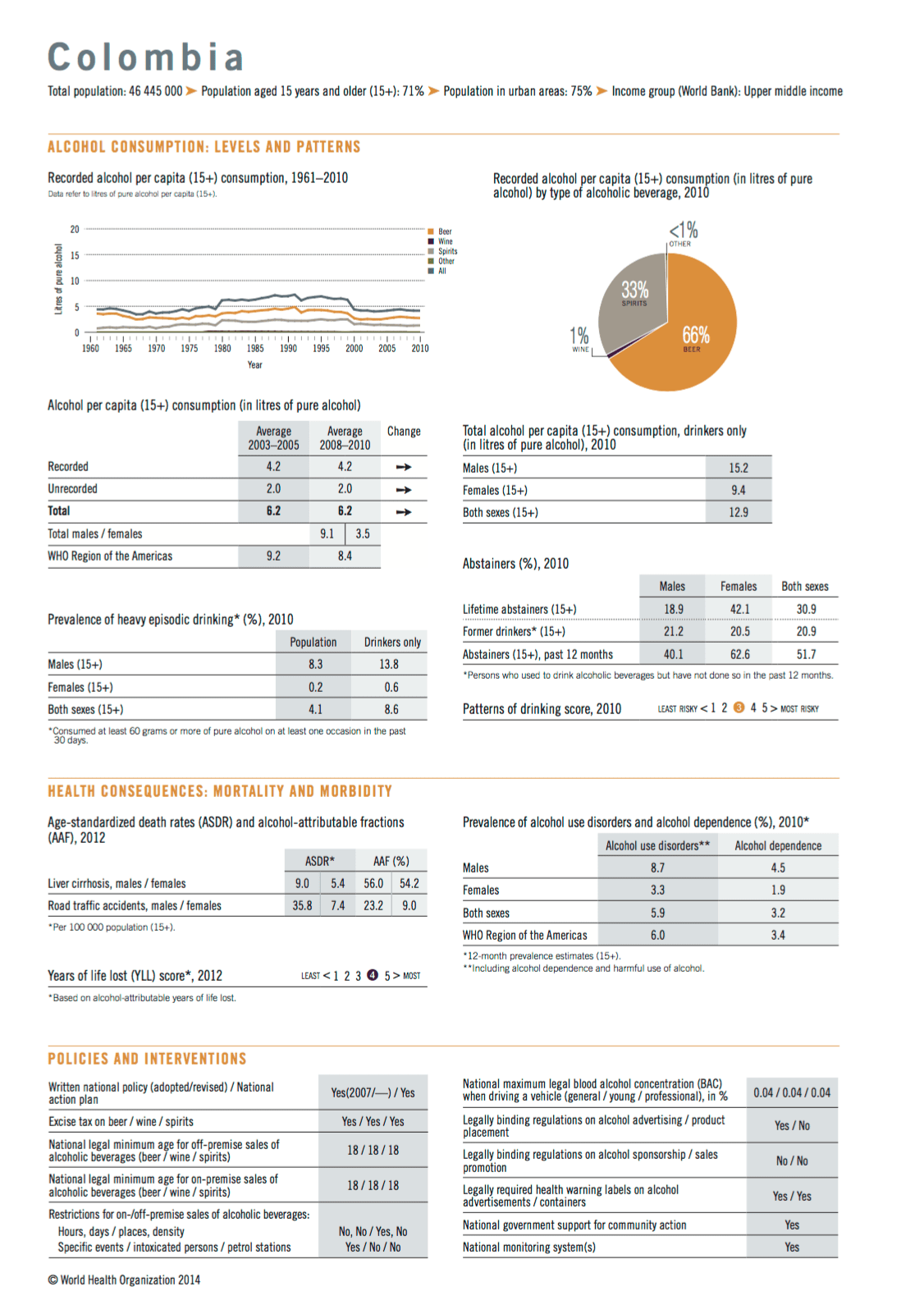