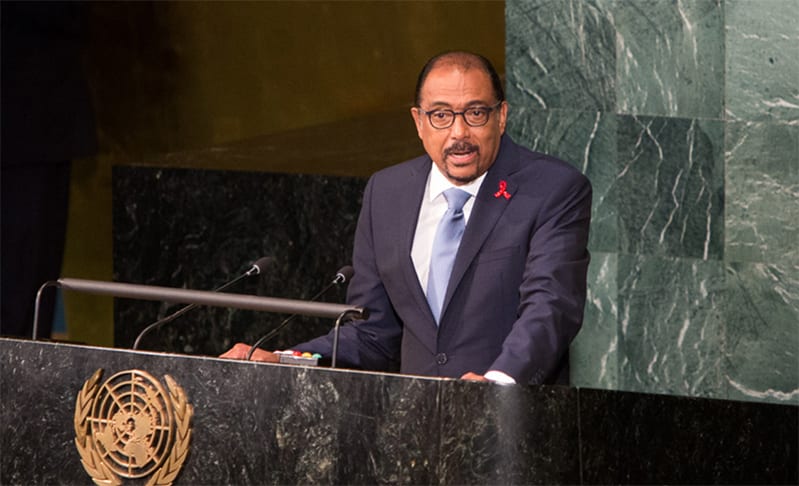 United Nations Member States agree to reach ambitious new targets by 2020, pledging to leave no one behind and end the AIDS epidemic as a public health threat by 2030

A bold, new Political Declaration on Ending AIDS has been adopted by Member States at the United Nations General Assembly High-Level Meeting on Ending AIDS, taking place in New York, USA. The Political Declaration includes a set of specific, time-bound targets that must be reached by 2020 to end the AIDS epidemic by 2030 within the framework of the Sustainable Development Goals.

Heads of State and Government, ministers, people living with HIV, representatives of civil society, international organizations, the private sector, scientists and researchers have gathered at the High-Level Meeting on Ending AIDS to build on the commitments made in the Political Declaration and to set the world on course to end the AIDS epidemic as a public health threat by 2030.

The global community is united in its resolve to end the AIDS epidemic within the framework of the Sustainable Development Goals,” said the President of the United Nations General Assembly, Mogens Lykketoft.

The world has an opportunity to end an epidemic that has defined public health for a generation.

The decisions made here, including the commitment to zero new HIV infections, zero AIDS-related deaths and zero discrimination, will provide the springboard for the implementation of an innovative, evidence-informed and socially just agenda that will end the AIDS epidemic by 2030.” 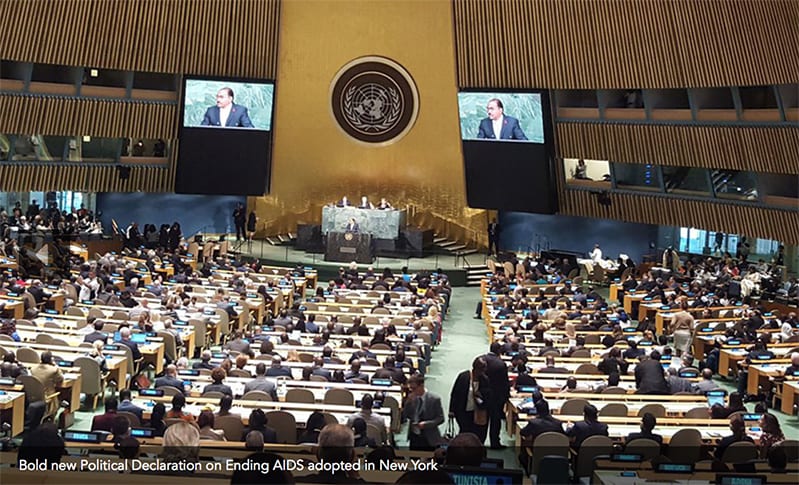 Remarkable progress has been made in the response to HIV since the last United Nations General Assembly Meeting on HIV and AIDS, in 2011. By December 2015, 17 million people were accessing antiretroviral medicines and new HIV infections among children and AIDS-related deaths have been considerably reduced. There has also been progress in reducing tuberculosis deaths among people living with HIV.

However, the number of new HIV infections among adults has remained almost static since 2010 and too many people are being left behind in the response, including young women and girls and specific groups of people, including sex workers, prisoners, gay men and other men who have sex with men, transgender people and people who inject drugs.