Posted on September 13, 2016 in
Alcohol's Harm To Others, Policy, Recovery, Research, Well-being

More than 91% of New Zealand prisoners have a lifetime diagnosis of a mental health or substance use disorder.

A new report shows that 91% of prisoners in New Zealand have a lifetime diagnosis of a mental health or substance use disorder. More than 62% had an issue in the past 12 months.

Prisoners are three times more likely to have a 12-month diagnosis of any mental disorder. These disorders often went undetected or were not treated properly, the report said. 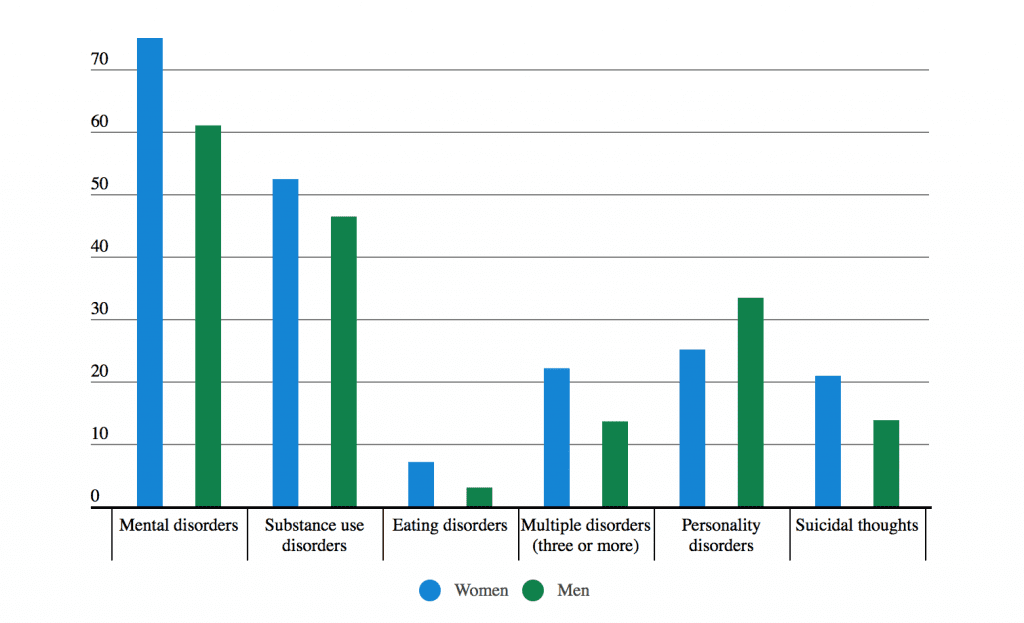 A lot of prisoners have a history of being sexually and domestically abused, and have drug and alcohol issues. These issues are aggravated by poverty problems – homelessness, hunger and siblings raising siblings.

Too often, according to the report, prisoners’ illnesses are not be detected early, making it impossible for the justice system to treat them adequately.

The problem of mental health and substance use disorders in the prison population is bigger than the government had previously realized, In response a new $14 million-two-year-package has been launched to try and curb the issue.

The bulk of the funds from the two-year package ($10m) will go towards getting mental health clinicians and support workers into prisons, working with individuals and providing support to case managers.

A total of $2m will go towards special accommodation for a small number of offenders with significant mental health concerns or intellectual disabilities.

More than $900,000 has been allocated to post-release support for prisoners with mental health needs and their family. And an additional $350,000 is going towards improving the process for sharing information between justice sector agencies regarding offenders’ mental health history. $900,000 are focused for supporting female offenders.

The initiatives rolled out as part of the package are on trial for two years, if everything goes well it’ll become permanent.