On election day in the United States, voters in five Federal States will get to decide whether marijuana should be legal to use recreationally.

The drug is still illegal under federal law.

The number of adults who have smoked weed has nearly doubled in three years, according to a Gallup poll released in August.

It is the No. 1 illicit drug of choice for Americans, according to the 2014 National Survey on Drug Use, although only one-third of users reported an addiction to the substance, unlike most other illicit drugs used.

Currently, it’s legal to use recreational marijuana only in four states and in the District of Columbia. Colorado and Washington state voted to legalize it in 2012. Alaska and Oregon voters approved it in 2014. Medical marijuana is legal in half of US states and is on state ballots this year in Montana, Florida and North Dakota. 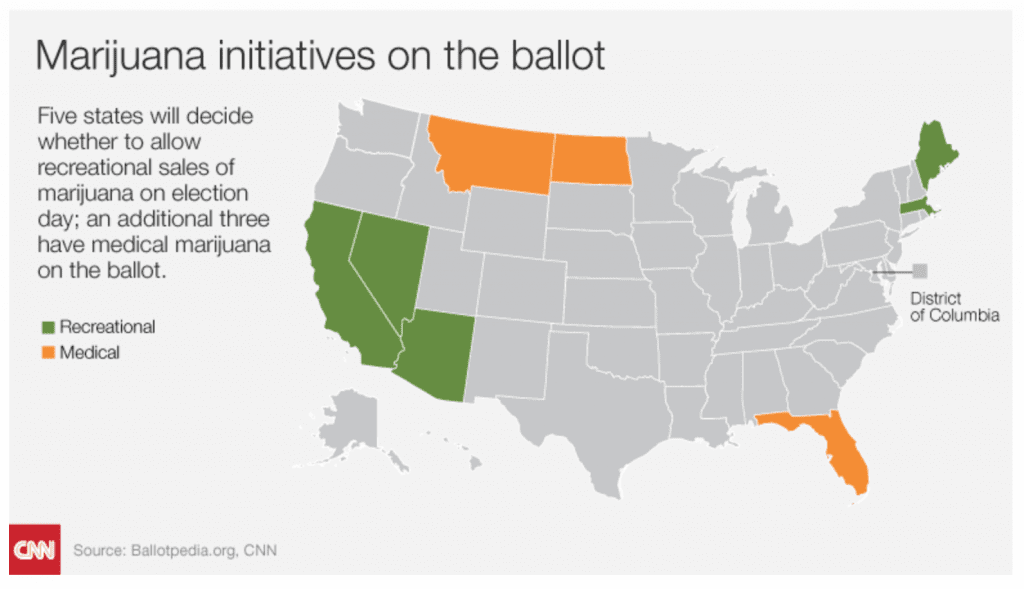