Posted on November 11, 2016 in
Alcohol's Harm To Others, Obstacle To Development, Policy, Sustainable Development

Ivory Coast bans sale of alcohol sachets as they contribute to massive harm
Ivory Coast’s government has banned the production, importation and sale of strong spirits in small and cheap sachets.
Often illegally produced, the brews sold in plastic sachets are already banned in Sub-Saharan countries like Cameroon, Malawi and Senegal…

Ivory Coast’s government has banned the production, importation and sale of strong spirits in small and cheap sachets, the BBC reports.

Often illegally produced, the brews sold in plastic sachets are already banned in Sub-Saharan countries like Cameroon, Malawi and Senegal.

The comparatively cheap and widely available alcohol sachets make alcohol easily accessible and affordable to children and youth – which is one of the biggest problems with regard to the burden alcohol harm places on societies in Africa, including Ivory Coast. For this and more reasons alcohol sachets are heavily criticized in countries across Sub-Saharan Africa.

The ban is aimed at the reduction of high levels of alcohol use among youths, especially students.

Total per capita consumption of pure alcohol was at 25.6 litres in Ivory Coast in 2010, a figure slightly above that of Uganda (23.7 litres of pure alcohol). 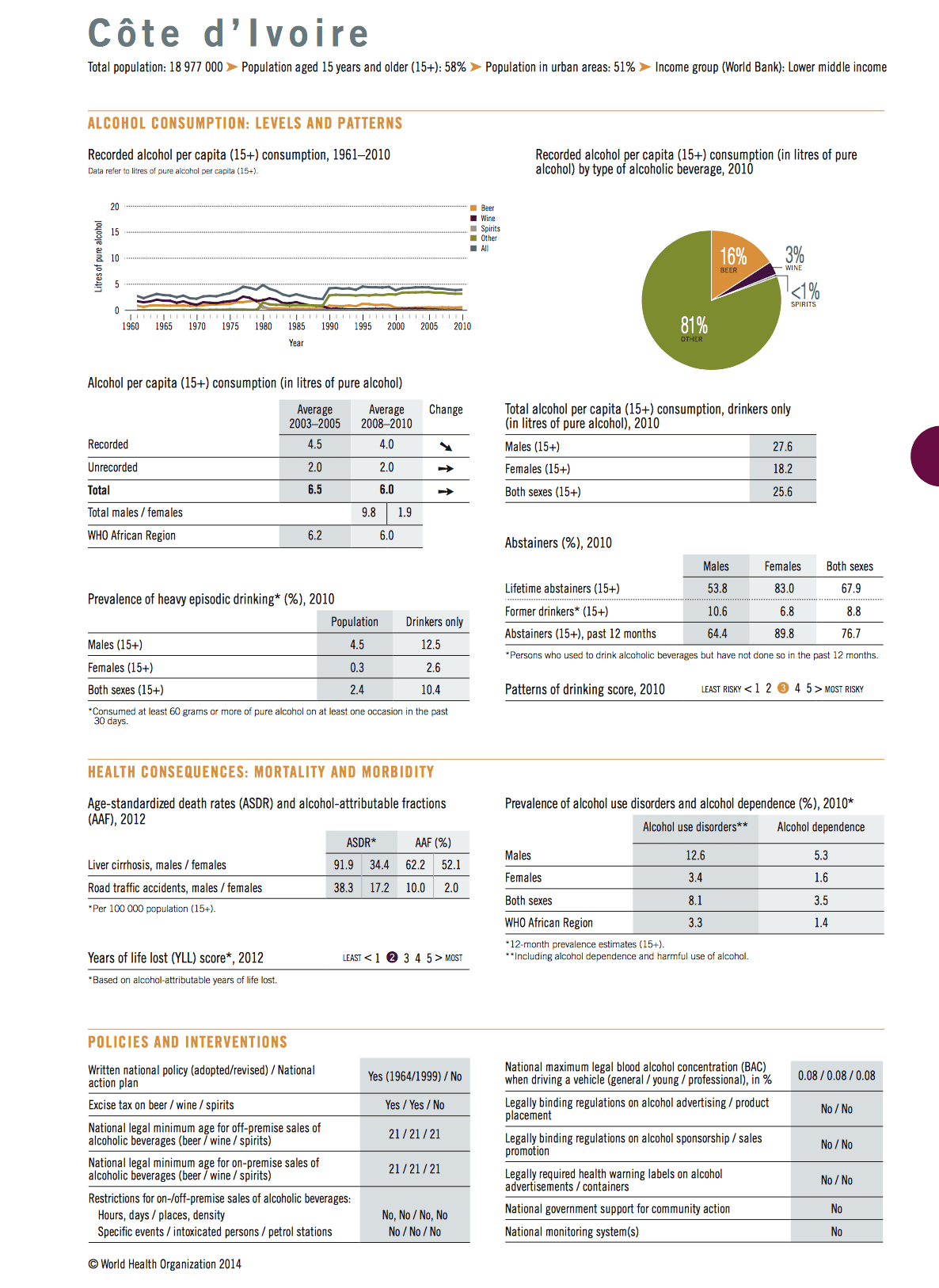 One of the most common informal brews in Ivory Coast is “koutoukou” – a homemade brandy from Ghana. Its production and sale has been banned in Ivory Coast since 1964. Koutoukou can contain unhealthy acids. However, despite the ban, koutoukou is illegally brewed in all regions of Ivory Coast, according to the Global Status on Alcohol and Health 2014.

The government decision to ban alcohol sachets had been proposed by the ministry of commerce. Government spokesman Bruno Kone summarized the reasoning:

These products are mostly smuggled into the country.

They do not meet our standards and therefore constitute a real threat to the health of consumers – and a threat to the country’s economy.”