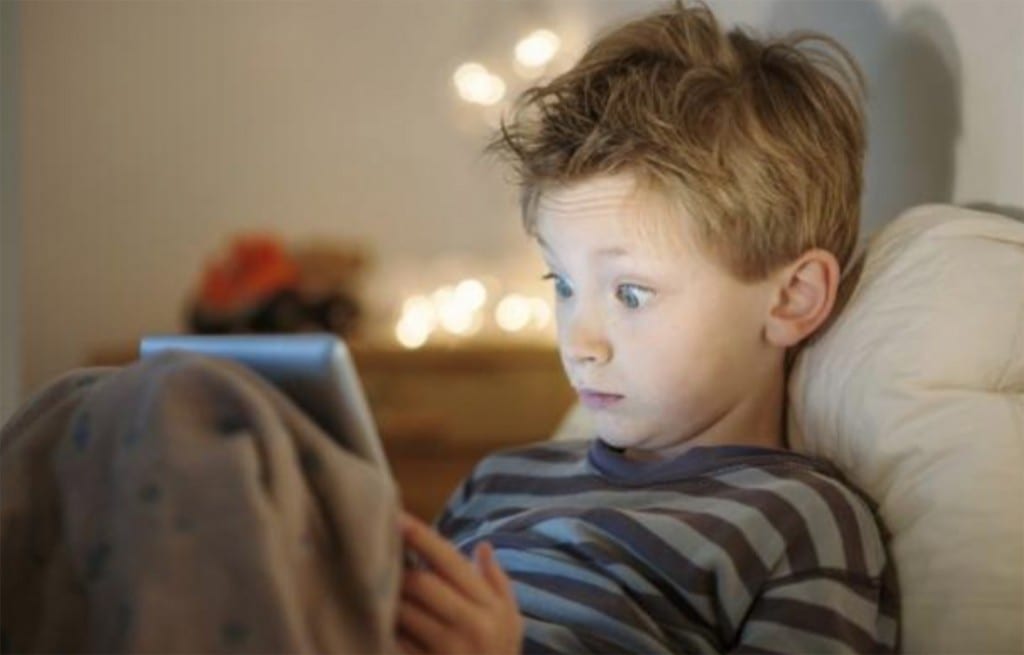 In Australia, the Alcohol Advertising Review Board (AARB) has published its annual report.

The AARB report exposes significant flaws in the self-regulatory alcohol advertising system in Australia, by showing several examples of concerning alcohol ads. Furthermore, the report illustrates that children and young people are being exposed to alcohol advertising, and the alcohol industry’s self-regulations continue to do nothing about it. In 2015-16, The AARB processed a total of 194 complaints and produced 110 determination reports. 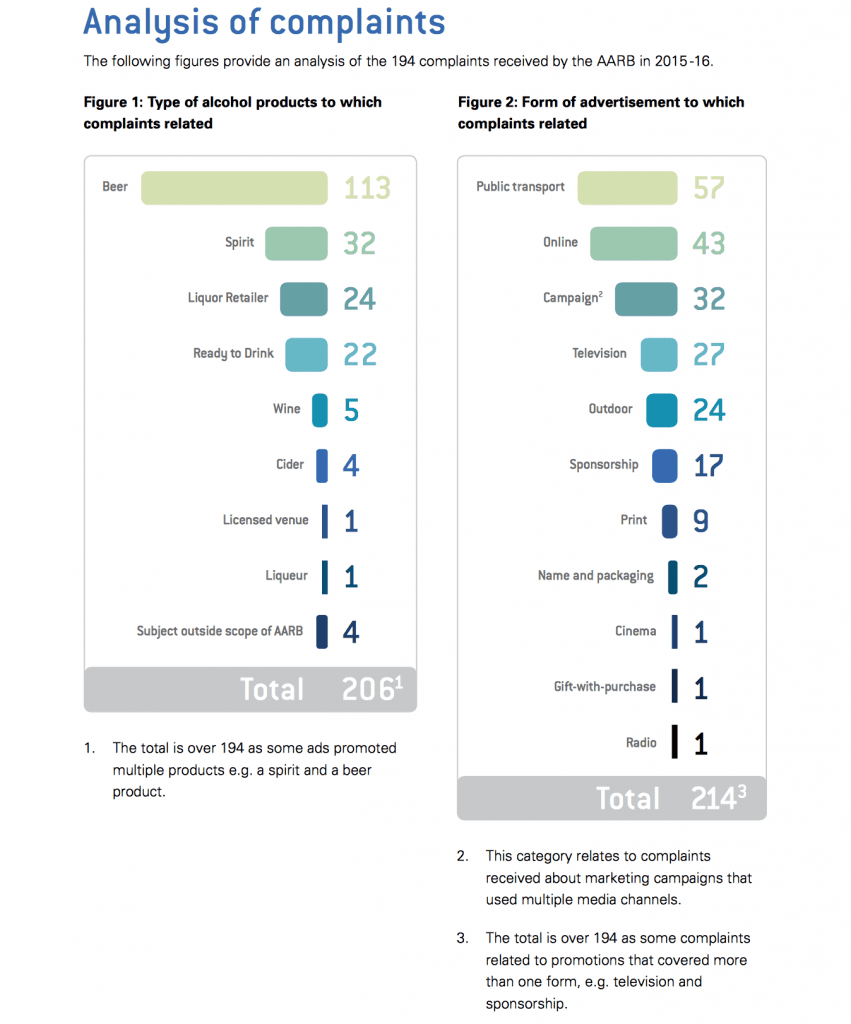 The figures provide an analysis of the 194 complaints received by the AARB in 2015 -16.

What is the AARB?

The AARB is an initiative of the McCusker Centre for Action on Alcohol and Youth and Cancer Council Western Australia with support from a number of health organisations, developed in response to the weaknesses of the current-self regulatory advertising system.

The AARB operates independently of the alcohol industry, and reviews complaints from the community about concerning alcohol advertising.

AARB received complaints about a Bundaberg Rum ad being shown before a Dora the Explorer YouTube video and a Wild Turkey ad on a ‘School Special’ bus in Western Australia.

The placement of these kinds of alcohol ads is unethical and shows a blatant disregard for the wellbeing of children and young people. However, as the AARB shows, they do not breach any of the self-regulatory alcohol advertising codes.

Big Alcohol has amassed a track record showing it cannot be in charge of regulating their own advertising. 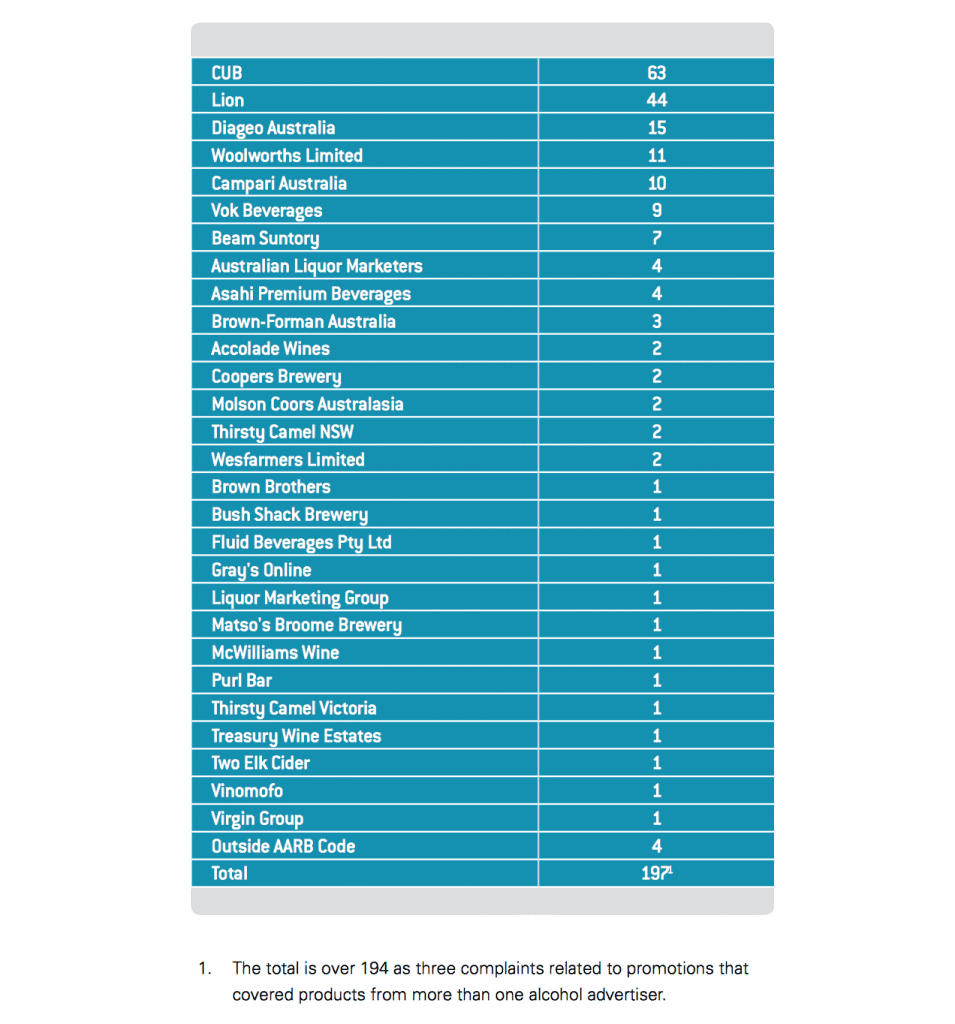 Number of complaints received by Advertiser

Child right to be protect from alcohol marketing

Compelling research shows alcohol advertising impacts on the behaviours and attitudes of children and youth. A recent systematic review of alcohol marketing and youth consumption studies provides further evidence that kids and youth who have greater exposure to alcohol marketing are more likely to start using alcohol at an earlier age, and to consume alcohol at risky levels.