The government of the Federal Democratic Republic of Nepal, has adopted a new policy to coherently and evidence-based regulate sales of alcohol products in the country of 26.8 million inhabitants.

The core features of the new law are: 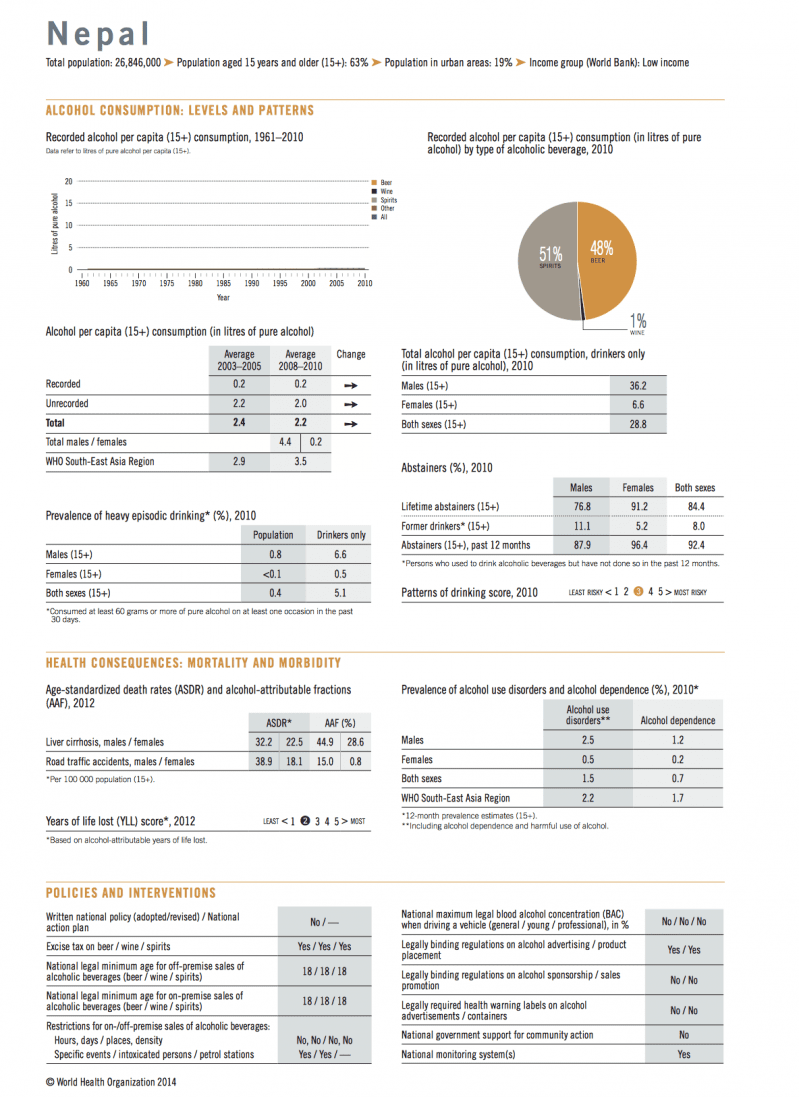 The new law now requires each alcohol producer to put a pictorial warning that depicts liver cirrhosis and other adverse effects on other organs, covering at least 75% of the container.

Additionally, a statutory warning that alcohol use is injurious to health should be prominently displayed on the bottle.

The new law also contains regulations that decrease alcohol availability in Nepal. People below the age of 21 as well as pregnant women will no longer be allowed to purchase alcoholic products. Until now, the legal age for alcohol sales was 18.

Furthermore, the hours of alcohol retail have been decreased, imposing restriction on purchase of alcohol from retail stores from 5am to 7pm. Until now, Nepal did neither have hours, days, place or density restrictions for on- and off-premise sales of alcohol.

The adoption of the regulation by the government is a public health success and puts Nepal on track to addressing the burden of alcohol harm in the country in an evidence-based manner. In the next step, the drafting committee consisting of representatives from Ministry of Health and other concerned Ministries, is working to solve some remaining issues before the Alcohol Control and Regulation Bill is tabled in the Parliament.