The governing parliamentary groups in Finland have eventually reached an agreement on a draft bill to weaken the alcohol legislation of the country.

The Finnish government will propose that the maximum alcohol content for beverages sold at grocery shops be raised to 5.5%.

The issue of undermining the state retail monopoly is highly contentious. Therefore, the government coalition decided to designate the question as a “matter of conscience” in the first reading in Parliament, thus allowing the members of the ruling parliamentary groups to exercise their own discretion in voting.

Members of both the Centre and National Coalition have voiced their reservations about the idea of allowing grocery shops to retail beverages, including canned cocktails, with an alcohol content of up to 5.5% during the course of the spring. Their hesitancy has arisen especially from warnings about adverse effects on public health.

The issue has also divided the ranks of the opposition parties. And the issue has been debated for more than a year already.

Alko, the government-run off-licences retail monopoly in Finland, is currently responsible for selling all alcohol products stronger that 4.7% alcohol per volume.

Evidence shows, for example, that Alko performs much better in complying with the legal age limit for alcohol purchases, compared to private outlets.

The retail monopoly has played a major part in both making alcohol less available and less affordable in Finland compared to other countries in Europe. With an alcohol norm and consumption culture that is similar to Russia and Belarus, the Finnish alcohol control regime has performed well in keeping alcohol consumption lower and harm lesser than in those countries. 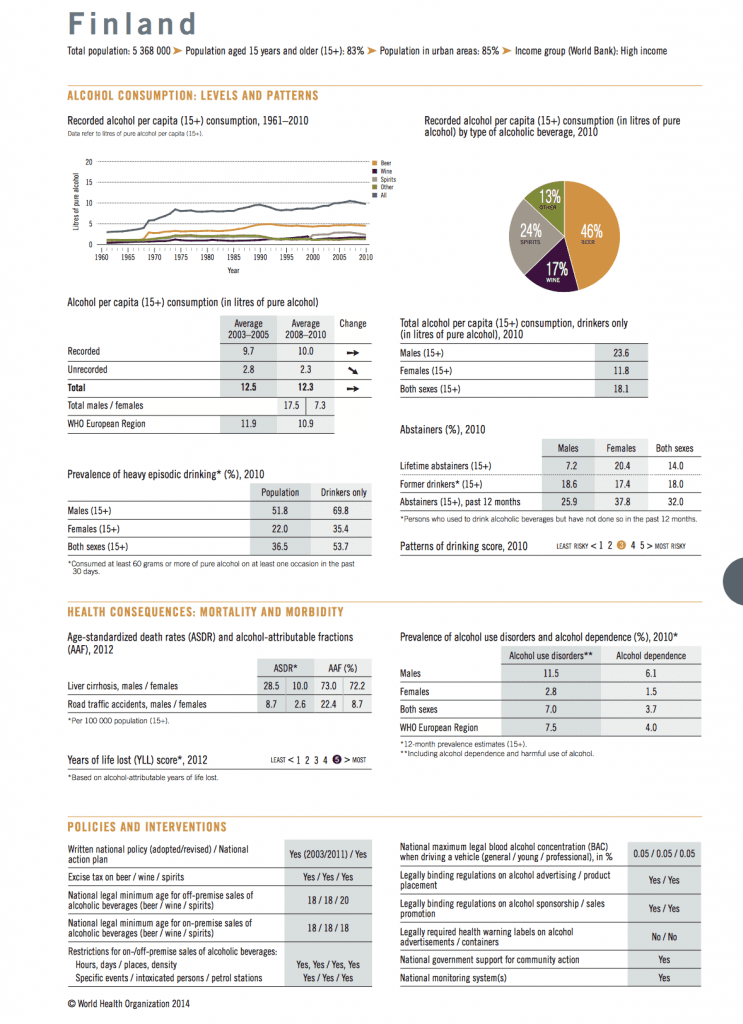 The legislative reform would strip Alko of its monopoly for a wide variety of alcoholic beverages, such as strong beers and canned cocktails.

The reform is set to have unfortunate consequences for public health in Finland, a country where alcohol consumption is already higher than elsewhere in Scandinavia.

Finnish politicians performed an experiment on their own population in 2004, when they reduced alcohol taxation rates were rude by 33%. Alcohol consumption increased subsequently by 10% and so did associated harm.

Ultimately, the government had to step in and re-adjust the rates of alcohol taxation. But thousands of lives had been lost and damaged.

Harm rates also increased in 2004 when alcohol consumption increased by 10% after a decrease of alcohol excise dutY rates of 33% on average.