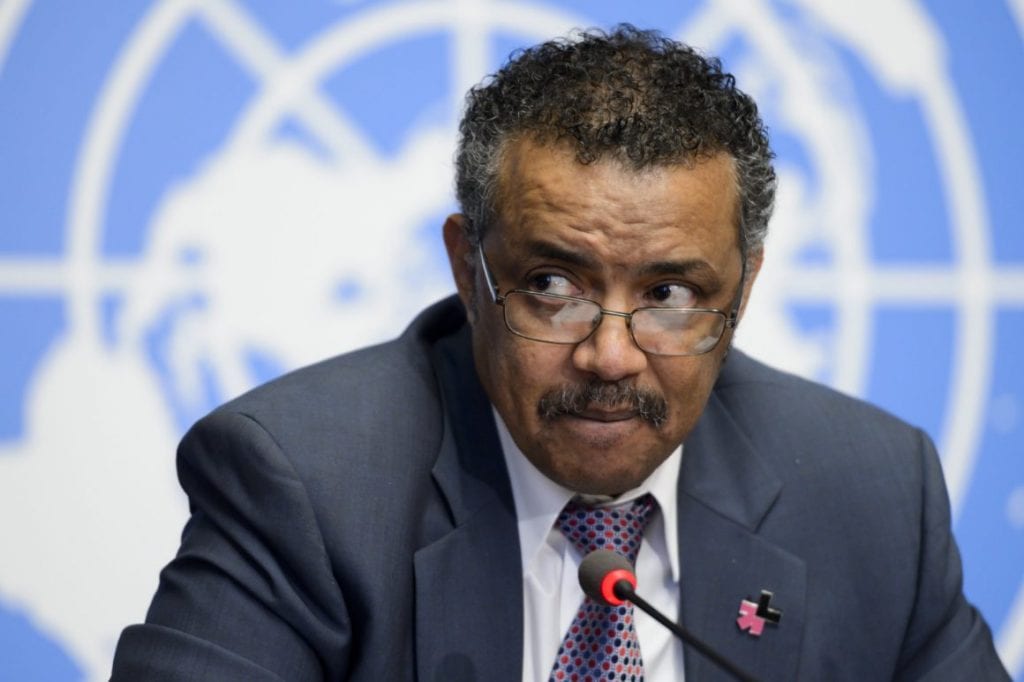 In his address to the WHO staff, as he began his tenure, Dr Tedros said:

It’s about a child who gets to see adulthood or about a parent who watches their child survive and thrive. It’s about a community living disease-free or an entire country or region that’s better prepared for health emergencies or for climate change.”

The Director-General is WHO’s chief technical and administrative officer and oversees the policy for the Organization’s international health work.

Dr Tedros was elected May 23, 2017, by vote of Member States at the Seventieth World Health Assembly. Through the election, he received an overwhelming mandate by Member States.

Prior to his election as WHO Director-General, Dr Tedros served from 2012–2016 as Minister of Foreign Affairs, Ethiopia. In this role he led the effort to negotiate the Addis Ababa Action Agenda, in which 193 countries committed to the financing necessary to achieve the Sustainable Development Goals.

Dr Tedros served as Minister of Health in Ethiopia from 2005–2012 where he led a comprehensive reform effort of the country’s health system, including the expansion of the country’s health infrastructure.  He has also served as chair of the Board of the Global Fund to Fight AIDS, Tuberculosis and Malaria; as chair of the Roll Back Malaria (RBM) Partnership Board; and as co-chair of the Board of the Partnership for Maternal, Newborn and Child Health.

Dr Tedros has been clear about three focus areas of his work:

The top priorities for Dr Tedros are: