In South Africa calls mount to boycott SAB Miller’s campaign against hunger
The South African Breweries, together with Stop Hunger Now South Africa, has launched a Beer for Africa eight-pack in order to feed hungry students across the continent.
But civil society organisations have called the initiative irresponsible and are urging consumers to boycott it and sign a petition against it…

The South African Breweries, together with Stop Hunger Now South Africa, has launched a Beer for Africa eight-pack in order to feed hungry students across the continent.

But civil society organisations have called the initiative irresponsible and are urging consumers to boycott it and sign a petition against it.

The beer pack consists of eight different beers from six countries in the continent and is already being sold at alcohol retailers. Saira Khan, Chief Executive Officer of Stop Hunger Now Southern Africa, said the aim of the campaign for the next year is to fund 1 million meals. To date, 200.000 meals have been funded since the launch of the campaign two months ago.

We have research that indicates 40% of students are failing as a result of hunger and this is why the campaign by SAB is so important to us.”

The estimation is that a million meals would mean just over 4545 students a year will have a hot nutritious meal a day.

Deal with the devil

But the Southern African Alcohol Policy Alliance (SAAPA) is strongly against the Beer for Africa 8 pack campaign. SAAPA contends that the alcohol industry is using poverty to promote beer sales.

Several aspects are deeply problematic with the campaign:

SAAPA believes the marketing campaign is ultimately in the commercial interests of SA Breweries and should not be supported. They believe that marketing of beer packs in regions where binge alcohol consumption is an endemic problem is irresponsible.

According to SAAPA, while the SAB helping students is a welcome initiative, the way the money is being raised is a problem. In fact, this initiative is only a drop in the ocean, more designed for PR purposes than to really drive change. SAB is making hunger a PR item, but not really, sustainably making a difference for vulnerable students. On close examination, 4500 students receiving meals is a tiny number in the African context. It’s better than nothing, but for transformative change large scale investments would be needed.

However, the funds for these investments are often lacking. Part of the problem is how SAB deploys tax schemes to avoid paying its fair share.

ActionAid, an international organisation working with over 15 million people in 45 countries and based in Johannesburg, South Africa, has undertaken an investigation of SABMiller’s tax practices.

ActionAid estimates that SABMiller’s tax dodging schemes may have lost governments in developing countries as much as £20 million, which is enough to put a quarter of a million children in school. On the importance of tax income in any country, ActionAid writes:

Taxes pay for the fabric of our lives – our schools, hospitals and roads, for example. They bind us together in a social contract with the governments we pay them to, and who we expect to spend them well. Taxes are a necessary precondition of a functioning state, which itself is essential for economic growth and the protection of human rights. 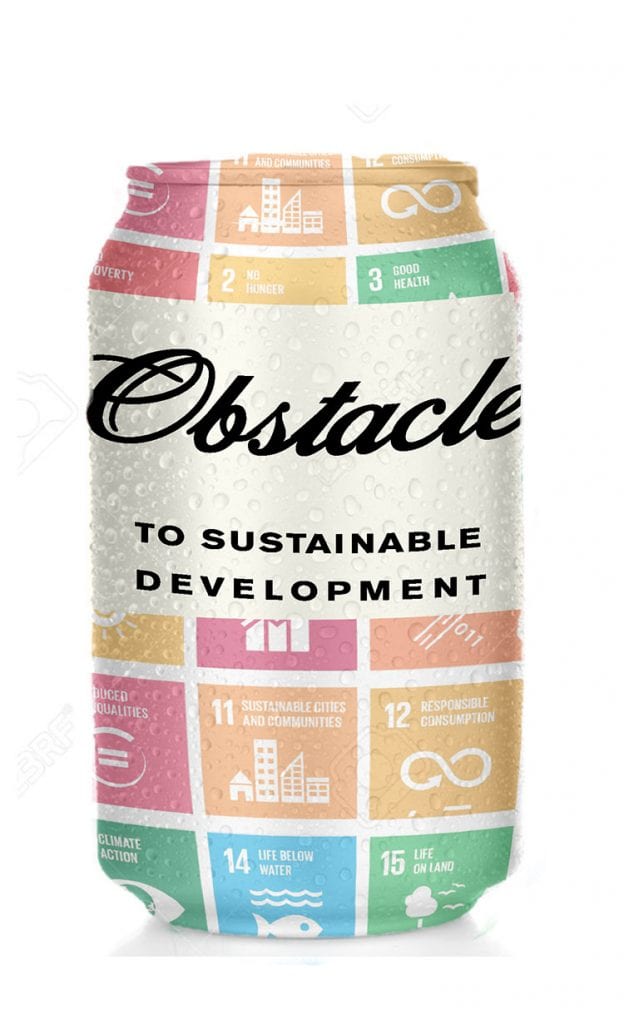 In addition to the erosion of the tax base, alcohol is already and set to become an even bigger obstacle to sustainable development in Africa.

13 of 17 Sustainable Development Goals are adversely affected by alcohol, including poverty and hunger.

This shows that regulating the alcohol industry, reducing alcohol use and taxing alcoholic products would be highly cost-effective and a sustainable solution to tackling hunger and poverty.

SAAPA has therefore called on South Africans to sign a petition to stop SAB from promoting their ‘Beer for Africa 8‐pack’ campaign.