Selling wine and beer next to food ‘normalizes’ a dangerous drug that should be sold at specific outlets
The New Zealand Medical Association (NZMA) has called for a ban on selling alcohol in supermarkets, saying that having it next to groceries and food normalized alcohol and and made buying it cheap and easy…

The New Zealand Medical Association (NZMA) has called for a ban on selling alcohol in supermarkets, saying that having it next to groceries and food normalized alcohol and and made buying it cheap and easy.

Wine and beer have been widely available in most supermarkets around the country since 1990, although spirits can be bought only in bars and off-licence premises.

According to the NZMA, well over half a million New Zealanders consume alcohol in a hazardous way, with many emergency rooms filled on Friday and Saturday nights with alcohol-related admissions.

According to the NZMA, the government was best placed to take action for the reduction and prevention of alcohol-related harm – a position supported by many health and social policy academics and Alcohol Healthwatch.

According to The Guardian, Dr Kate Baddock, the chair of the association, said evidence suggested alcohol was worse than methamphetamine, marijuana and heroin, because it was a cheap, addictive, psychotropic drug. 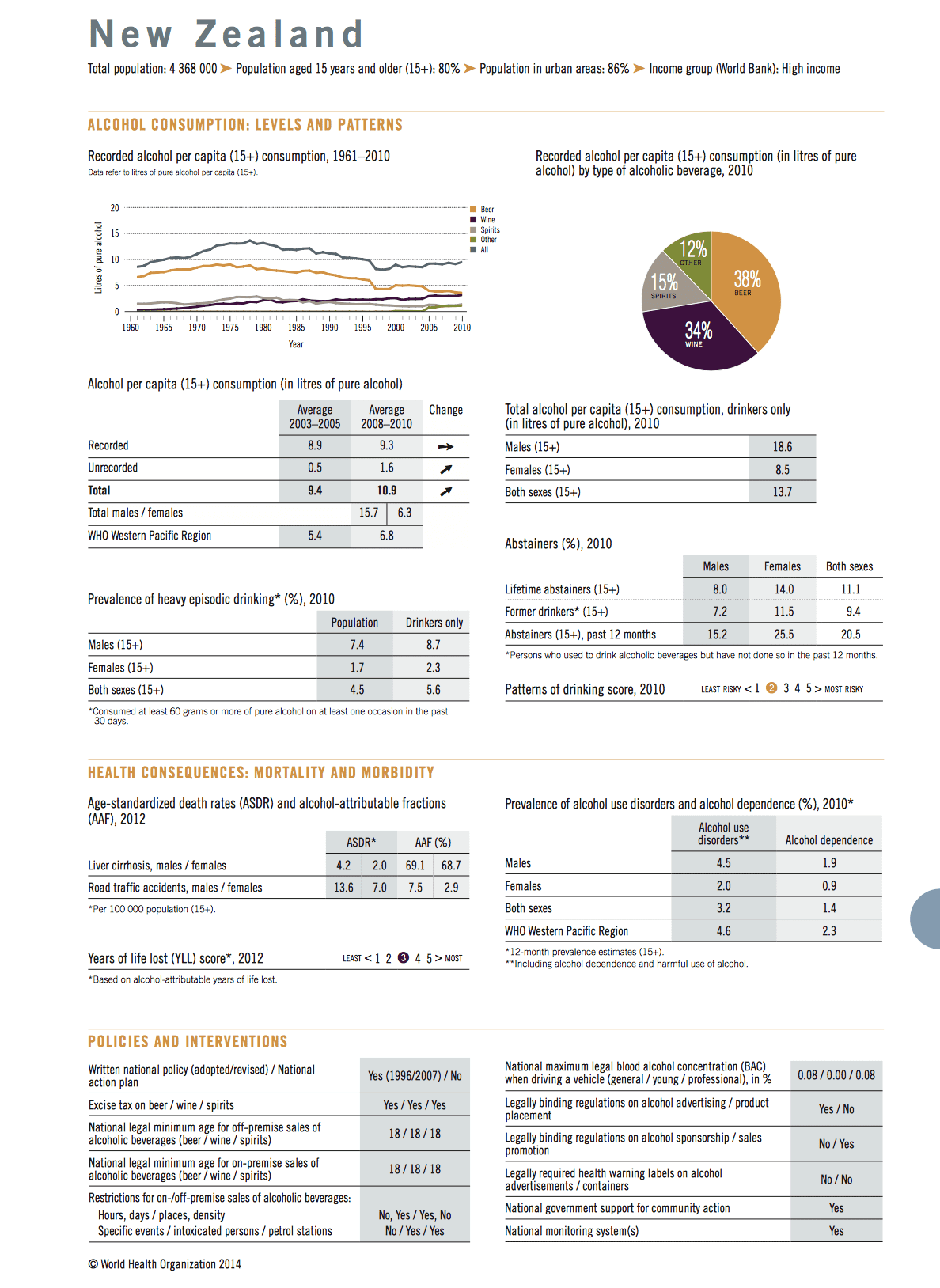 Most supermarkets in New Zealand sell alcohol and competition makes alcohol cheap. Wine can be bought for as little as NZ$7 a bottle – or $1 per standard drink.

Jackson said allowing supermarkets to sell alcohol was an attempt to convert New Zealanders to a Mediterranean alcohol consumption patterns – having it available “everywhere” – that had backfired badly.

When wine came into our supermarkets in 1989 you can see this exponential growth in wine consumption … we are Anglo-Saxon and you can’t change cultures overnight, and having alcohol widely available did not change our culture, it harmed it.”

Professor Sally Casswell, a professor of public health and social research at Massey University said she supported a ban on alcohol in supermarkets.

Treating wine in this context as an ordinary part of the shopping experience is a normalizing process.

Caswell said selling alcohol only in specialized stores combined with strong statutory regulation would be an “ideal” situation; as is the case in several Scandinavian countries.