A raging beer marketing war in Ivory Coast between Heineken-owned Brassivoire and Castel-owned Solibra is putting children and youth in harms way.

On posters and huge billboards around the west African country, the rival advertisements, often side by side, compete for attention.

Since Brassivoire’s arrival in the country’s emerging beer market in April 2016, the two breweries have been battling it out. Some observers are calling the competition “the beer war”. Concerns have been raised, however, about the effect the marketing war could have on impressionable youngsters.

When we say ‘the beer war’, we’re talking about a real war, make no mistake about it,” said Jean-Baptiste Koffi, president of the federal consumers’ union (UFC), which represents 125 groups, per News24.

They don’t pull any punches.”

Solibra is owned by the French group Castel, which added La Société de Limonaderies et Brasseries d’Afrique (SOLIBRA) in 1994 as part of its push into African markets. Today Castel is the second largest producer of beers and soft drinks in Africa (after SABMiller), and – after Constellation Brands and Gallo – number three for wine worldwide. Castel has a 25% share of profits from the African beer market.

The new kid on the block, Brassivoire, is owned by the Dutch beer giant Heineken and the trading firm CFAO. Heineken is the second largest alcohol producer worldwide. In just over a year since setting up shop in Ivory Coast, Brassivoire has managed to grab a third of the market – and it is gearing up to take more. 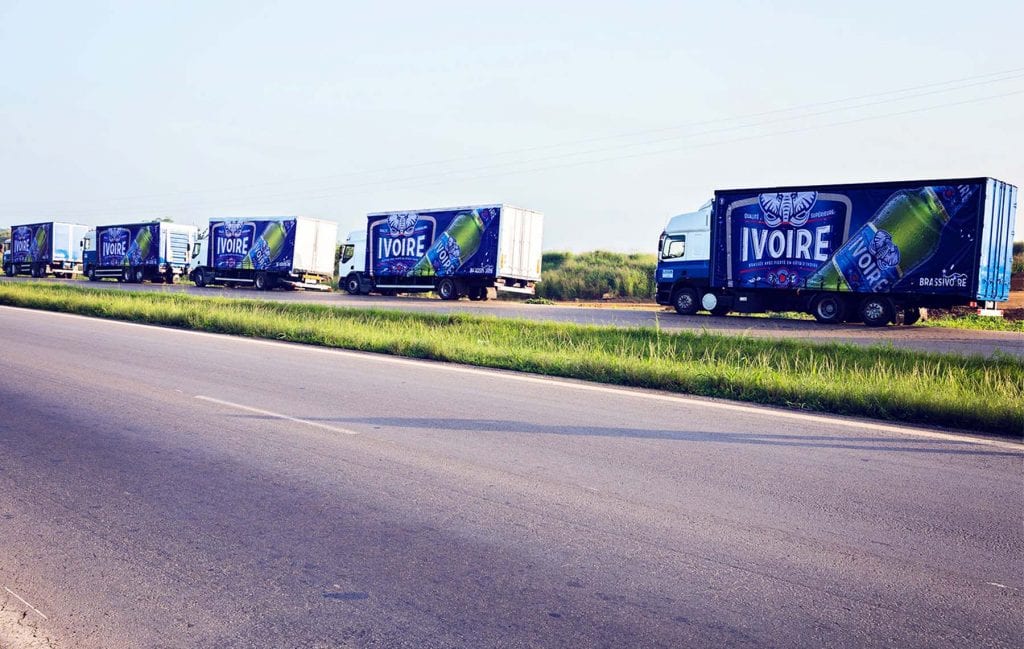 Signifying Heineken’s aggressive push into Ivory Coast, Brassivoire opened a $177m plant just outside Abidjan in April 2017, capable of producing about 160 million litres of beer per year. For comparison: Castel is selling 280 million liters in all its African markets.

The market in Ivory Coast is a lucrative one. Nearly 30 million litres of beer is consumed annually in the country of more than 23 million people.

The UFC consumers’ union is not happy, announcing a campaign against ads and billboards placed near schools.

And the CAFCI body that monitors this kind of advertising in Ivory Coast has denounced marketing tactics, which, it said, could influence impressionable youngsters.

The UFC warned the two companies in an open letter:

You are selling alcohol.

Aggressive marketing to vulnerable people, such as youngsters, is not healthy.”

In comments to AFP, Solibra deputy director Roger Adou acknowledged that the two rivals had got carried away in their marketing battle.

It’s not healthy that we see beer bottles marketed to minors who are very vulnerable everywhere in Abidjan,” he told AFP. 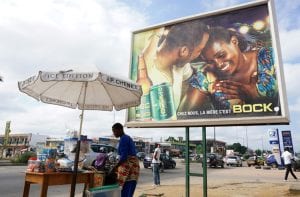 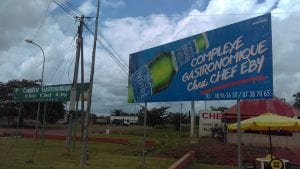 Bar and restaurant owners in Ivory Coast have other concerns however. The complain about being exploited by the major alcohol companies.

These brewers are getting rich and are doing business at our expense,” said Josue Gnahoua, president of the store owners’ union.

Although the average bottle of beer costs consumers 500 CFA (76 euro cents, 89 US cents), shop and bar owners pay a deposit to the brewery to stock their shelves. Once the beers are sold and customers have brought back the bottles, the sellers return the bottles to the breweries to get their deposit back. The bottle costs more than the liquid, which puts tremendous pressure on the vendors to find ways to sell more alcohol.

Analyst Dominique Gnangoin sees no end in sight in the battle for beer market supremacy.

The sector has a bright future in Ivory Coast, where the war will get increasingly furious,” he said per News24.