Australia: Worrying Increase In Alcohol Use

Alcohol use has risen at its fastest rate in a decade, and Australians are now consuming more beer, wine and spirits than at any time since 2011. Australian Bureau of Statistics director of health statistics Louise Gates said people aged 15 and older were now consuming 9.7 liters of pure alcohol per year, per capita.

The last time a surge this big occurred was between 2006 and 2007 when the amount consumed per capita jumped by 0.26 liters.

The unexpected surge has drawn warnings from health experts after a decade of decline on the back of consistent health awareness campaigns.

The data is a disappointing outcome given the downward trend in recent years,” said Foundation for Alcohol Research and Education chief executive Michael Thorn.

It reflects industry’s failure to acknowledge there is in fact a problem, and the absence of a government strategy to tackle Australia’s problem with booze.” 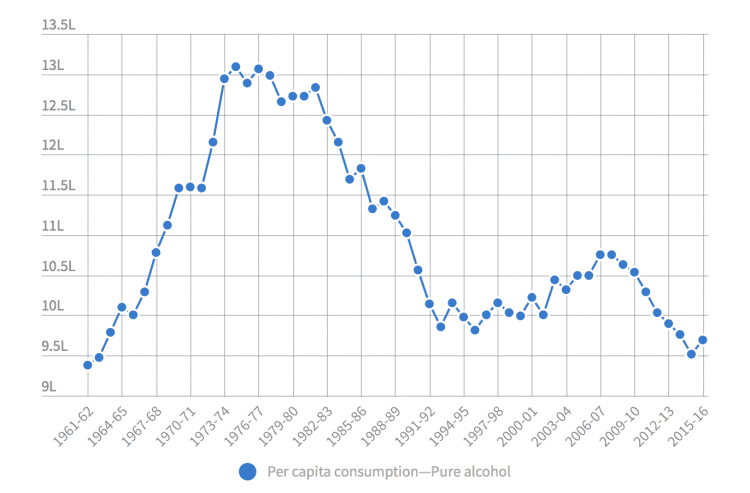 Alcohol consumption has risen for the first time in a decade, but is still significantly less than the record set in 1974-75. Source: ABS Apparent Consumption of Alcohol, Australia, 2015-16