The second day of the 67th Regional Committee Meeting of the WHO European Region offered many highlights, including a landmark address by the new WHO Director General Dr Tedros, and a discussion about health and the 2030 Agenda…

The second day of the 67th Regional Committee Meeting of the WHO European Region offered many highlights, including a landmark address by the new WHO Director General Dr Tedros, and a discussion about health and the 2030 Agenda.

Address by the Director-General

To keep the world safe, improve health and serve the vulnerable” is WHO’s mission, as proposed by Dr Tedros Adhanom Ghebreyesus, WHO Director-General, in his plenary address.

Dr Tedros laid out 5 suggested priorities for the Thirteenth General Programme of Work 2019–2023 that will help WHO achieve this mission.

Recognizing the diversity of the WHO European Region, Dr Tedros praised Member States for ensuring that many millions enjoy universal health coverage and long lives. Yet he also noted that the high rates of smoking and alcohol use in the Region contribute to the heavy burden of noncommunicable diseases.

A delegate of Estonia, on behalf of the European Union, emphasized the broad role of WHO not only in disease treatment and response, but also in prevention and promotion, and underlined the need to integrate cross-cutting approaches to human rights and gender.

A delegate of Kazakhstan reiterated the Director-General’s assertion that progress on health requires the highest political support, and a delegate of Israel noted the health opportunities offered by new technologies, big data and telemedicine, and called on WHO to consider innovation and technology as a strategic platform for setting new health priorities.

Address by Prime Minister of Greece

In his opening address, Prime Minister Tsipras described how Greece, at the epicentre of 2 of the most significant recent crises in Europe – the economic crisis and the migrant crisis – has responded. Addressing these crises posed a fundamental dilemma, according to Mr Tsipras:

Do we confront the challenges of our time through solidarity, respect for human dignity and international law? Or do we decide that the best choice is to protect only our own nation and leave all the other choices to the markets?

My country chose the first path, which is also the only path that allows Europe to have a common future.”

He added that protecting health means promoting human dignity, and explained how health reforms in Greece have sought to provide equitable access to health services despite pressure on available resources.

Roadmap to implement the 2030 Agenda for Sustainable Development

Dr Zsuzsanna Jakab, WHO Regional Director for Europe, introduced the Roadmap to implement the 2030 Agenda, which was developed through an extensive consultation process. Building on Health 2020, it brings the Region’s priorities forward and provides a common direction, highlighting actions that can accelerate and strengthen the capacities of Member States in implementing the SDGs.

The Roadmap to implement the 2030 Agenda proposes 5 strategic directions:

Implementation will be supported and accelerated by a set of enablers:

Member States widely supported the Roadmap to implement the 2030 Agenda. Several explained how they are facilitating interdepartmental and intersectoral cooperation to advance the SDGs. Delegates also expressed their appreciation for efforts to reduce the SDG reporting burden.

The resolution on the Roadmap to implement the 2030 Agenda was adopted by consensus.

This briefing provided an opportunity to discuss steps that can improve outcomes for health at the country level. Participants talked about the role of WHO country offices in translating WHO’s technical advice and evidence-based policies into action in countries.

Delegates of Estonia, Greece, Romania, Tajikistan and Turkey expressed appreciation for the work of WHO offices in the field, and provided examples of both country-specific work and intercountry collaboration. They discussed achievements and challenges in implementing various public health programmes, including immunization outreach, tackling health risk factors, facilitating effective responses in health emergences, and advancing national health reform.

Delegates of Germany and Switzerland noted that WHO’s operational work at the country level must be strengthened. 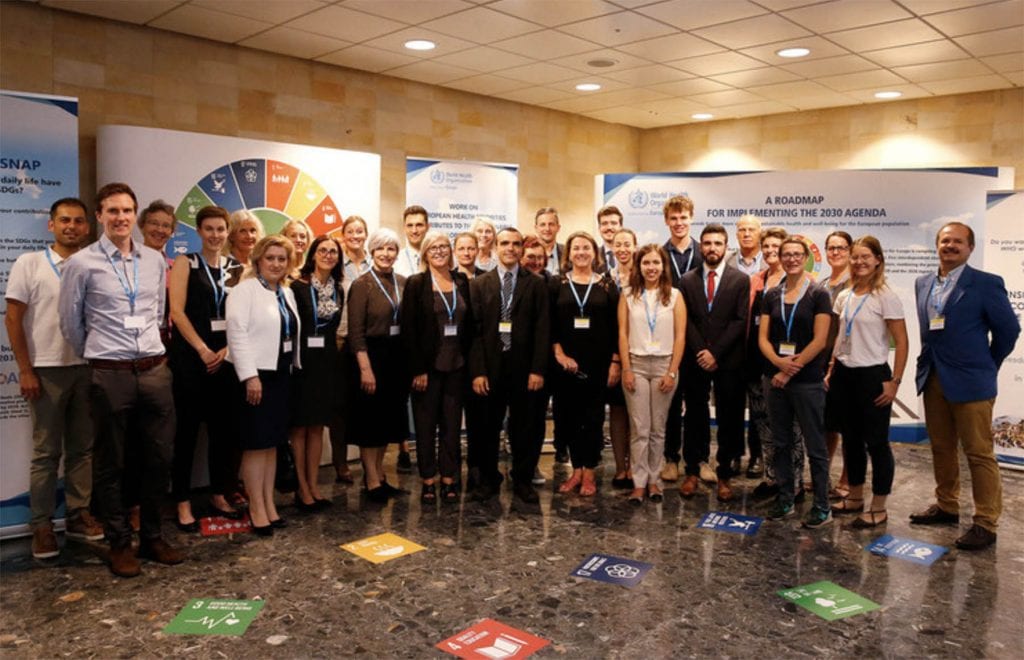 Highlights for the upcoming Day 3

Highlights on day 3 include topics such as