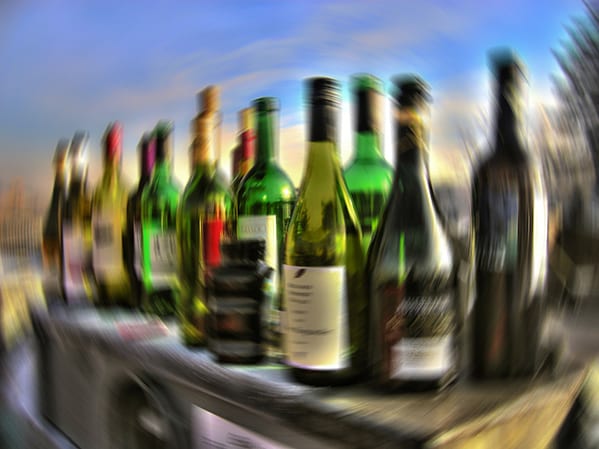 South Korea: After Crackdown on Tobacco Advertising, Will Alcohol be Next?

Experts raise questions as to why the alcohol harm and alcohol policy measures are not receiving the same level of government attention as tobacco products are? These issue were articulated as a special committee formed by the Ministry of Health and Welfare held its first meeting recently to discuss the warning signs and images placed on cigarette packs.

The point of contention is that the government is taking a strong anti-smoking stance in regards to tobacco, but is otherwise hands-off when it comes to alcohol companies’ marketing activities, which frequently feature young, popular stars in glossily produced TV ads.

Not only are cigarette commercials banned from TV, but packs carry one of 10 different graphic images of laryngeal cancer, oral cancer, heart disease and other potential health problems associated with tobacco use. In contrast, bottles of alcohol are sold with only a written warning attached.

As such, experts have pointed out that cigarette packaging heavily emphasizes the downsides of smoking. But alcohol commercials omit all negatives and instead glamorize alcohol.

The warning images found on cigarette packs in stores nationwide were first instituted in December 23, 2016 with a two-year deadline. On the same day this year, new images, warning labels or other changes that the Ministry of Health and Welfare’s special committee decides upon will replace the current packaging.

An opinion survey by the Korea Health Promotion Institute found that respondents regarded the presence of pictorial warnings to be more effective than a written warning along the lines of “smoking kills”. In addition, three out of four respondents said that the graphic images should be enlarged.

The question as to whether alcohol advertising needs to be addressed becomes urgent when considering data that reveals smoking and alcohol use rates are trending in opposite directions.

A Korean National Health and Nutrition Examination Survey found smoking among individuals 19 years or older dropped from 28.8% in 2005 to 23.9% by 2016. Alcohol intake, specifically “dangerous alcohol consumption level” (seven glasses/shots or more in one sitting) rose in the same period from 11.6% to 13.8%. Furthermore, heavy episodic alcohol intake once a month went from 36.2% to 39.3%.

Considering the level of harm and costs related to alcohol in South Korea, a public policy response should be of urgent importance. However, a 2014 study published by the Korea Institute for Health and Social Affairs on alcohol policies implemented in OECD countries only gave South Korea a score of 7 points out of a possible maximum of 21, placing it 22nd out of 30 countries examined.

One example where South Korea falls behind compared to its peers is alcohol marketing regulation – a WHO best buy policy – where for instance France, Iceland, Ireland, Sweden and others have put in place outright alcohol advertising bans.

In response to these concerns, a Ministry of Health and Welfare official admitted that the need for regulation was keenly felt by the authorities. However, the spokesperson added that at this point in time, no detailed measures have been prepared to address the problem in earnest.