Almost 70 civil society organisations have signed onto the joint open letter requesting that The Global Fund to Fight AIDS, Tuberculosis and Malaria reconsider a partnership announced during the World Economic Forum in Davos with Dutch alcohol industry giant, Heineken…

80+ Endorsements Worldwide and Governments Speak Out

More than 80 civil society organisations have signed onto the joint open letter requesting that The Global Fund to Fight AIDS, Tuberculosis and Malaria reconsider a partnership announced during the World Economic Forum in Davos with Dutch alcohol industry giant, Heineken.

And after Norway, also the Swedish government has now publicly announced its criticism of the Global Fund partnering with the alcohol industry.

The joint open letter was issued by IOGT International, NCD Alliance and the Global Alcohol Policy Alliance and has received support from civil society organizations worldwide, spanning various interests and communities, such as public health, sustainable development, alcohol prevention, HIV/ AIDS response, NCDs control and cancer control, addiction recovery, as well as social justice and human rights defenders. Notable endorsements have come from WEMOS and other NGOs based in the Netherlands, from the Union for International Cancer Control (UICC) and from Vital Strategies.

Endorsements have flowed in rapidly since the letter was shared last week, both officially through communications with representatives of civil society organisations in our respective networks, but also through social media.

The feedback is almost overwhelming and the broad support shows the grave concern in communities around the world for the potential harmful consequences for health and development that lie in partnering with the alcohol industry,” said co-signatories.

We are concerned about alcohol industry conduct in our countries and regions; as they try to hook our people to their products, they also try and pre-empt or undermine effective public health regulations of alcohol. This partnership is just another example of false philanthropy that doesn’t benefit the African people.”

Alcohol use and associated harm has been increasing in recent years in Africa, counter to health and development targets committed to by governments pursuing a global reduction in alcohol use. Alcohol companies have made no secret of strategic growth plans to take advantage of Africa as an emerging market for business growth. 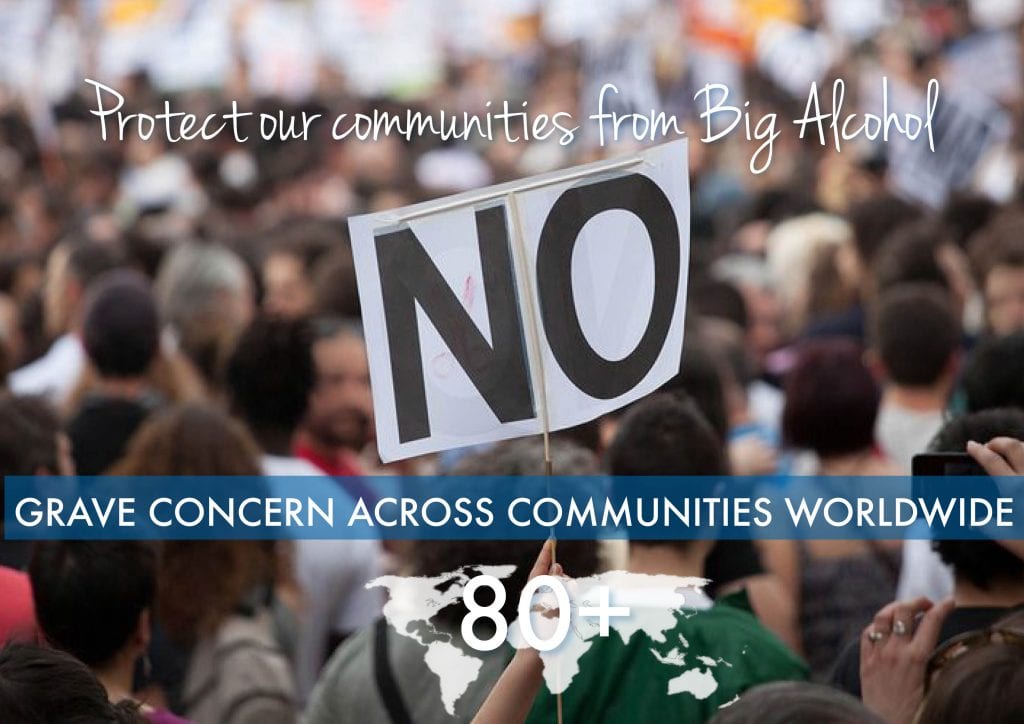 Norwegian authorities cannot support this type of partnership with an alcohol company. This goes against our development assistance policy but it is too early to say what will happen with Norway’s donation to the Global Fund, if they continue this collaboration.”

Norway is one of the biggest donors to the Global Fund, investing close $100 million annually.

Another major donor of the Global Fund has now added to Norway’s stance. Sweden announced yesterday, through Twitter, that they support Norway and that they will provide a more detailed answer in the coming days.

First was Ms Ulrika Modéer, State Secretary for Development Cooperation at the Ministry of Foreign Affairs, announcing the Swedish position.

Sweden joins Norway in condemning the deal between @GlobalFund and @Heineken. Together they support the fund with around $200 million a year. https://t.co/DSJLKjYoBy

Later, Anders Nordström, Sweden’s Ambassador for Global Health, added to the Swedish position with his tweet:

Yes, harmful use of alcohol is a public health risk factor. We will request a discuss about the GFATMs present partnership policy https://t.co/Mj6uZjJrpR

Optimism about engagement with Global Fund

The signatories of the original letter are optimistic about engaging in constructive dialogue with the Global Fund in the near future. A meeting has been scheduled. The signatories say:

We share a common vision – sustainable human development, with a particular focus on health and well-being for all. Partnerships like this are at odds with that common vision because they put profits over people and prioritise the promotion of brands whose products, marketing and other business practices are causing tremendous harm, including health, economy, society and development. ”