Posted on February 21, 2018 in
Obstacle To Development, Policy, Sustainable Development

For the first time in 25 years, the South African government will increase Value-Added Tax (VAT) in an attempt to close the gaping hole in the country’s budget…

For the first time in 25 years, the South African government will increase Value-Added Tax (VAT) in an attempt to close the gaping hole in the country’s budget. 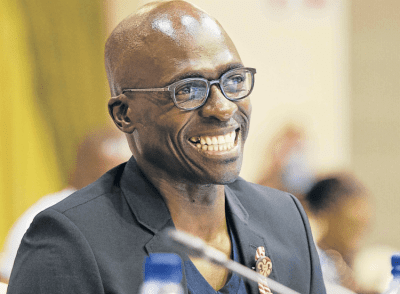 ith tax collection falling short by R48-billion, compounded by former president Jacob Zuma’s announcement of fee-free higher education for disadvantaged students, the government is now determined to increase the VAT rate from 14% to 15% – raising some R22-billion to plug the hole.

Finance minister Malusi Gigaba described the budget as “tough, but hopeful” in his inaugural budget speech, delivered on Wednesday afternoon.

Increasing VAT was unavoidable if we are to maintain the integrity of our public finances,” said Gigaba.

The zero-rating of basic food items would limit the impact on the poor, he said, and an above-average annual increase in social grants would compensate vulnerable households.

A total R36-billion in additional tax revenue will also be gained by other tax increases, including:

The budget, Gigaba said, directs spending to the “most pressing national priorities”: educating our youth, protecting the vulnerable and investing in enablers of inclusive growth. Fee-free higher education and training will receive the largest reallocation of resources – some R57-billion over the next three years. The contingency reserve will receive R10-billion.

Acting now to strengthen the fiscal position will improve the outlook for the economy and increase space for future investment growth. It is the right thing to do,” said Gigaba.