Movendi International is participating at the United Nations in the Interactive Civil Society Hearing on the fight against tuberculosis to highlight alcohol as major risk factor for tuberculosis and promote alcohol policy best buy measures as part of the solutions to help end TB.

The UN Interactive civil society hearing is part of the preparatory process toward the General Assembly High-level meeting on tuberculosis, to be held on September 26, 2018. The opening remarks of the hearing will be delivered by the President of the General Assembly and the UN Secretary-General.

For tuberculosis, this is the first ever UNGA High-Level Meeting on the fight against TB. Tuberculosis is responsible for more deaths than HIV and malaria, but has not received the same attention and political commitment. The first WHO Global Ministerial Conference on Ending TB, held in Moscow in November 2017, was a first step and the UN HLM on TB will be critical to drive efforts to end this top infectious killer. It provides a crucial opportunity to mobilize political leadership and new resources and action to improve the lives of people affected by TB worldwide.

Alcohol as a risk factor for TB 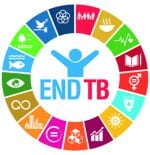 Evidence shows that alcohol use, alcohol dosage and alcohol-related problems are all associated with an increased risk of tuberculosis. In fact, alcohol use increases the risk of TB threefold, and is also a strong risk factor for poor TB treatment adherence.

That simply means alcohol is an important population level risk factor for TB, and it often is a common co-morbidity among TB patients. Movendi International advocates for three priority issues at UN and country levels, based on the scientific evidence and grass-roots experience about alcohol being a major and often under-recognized risk factor in the TB epidemic.

TB cannot be eliminated with existing resources in TB care and R&D. Without significant investment in the efforts to end TB, the disease is estimated to cost the global economy nearly $1 trillion by 2030.

A $1 investment in the alcohol policy best buy measures generates a return of $9 dollars.

Alcohol use increases the TB risk threefold, is a strong risk factor for poor TB treatment adherence and is a severe driver of co-morbidities, such as in persons with TB and an alcohol use disorder.

40% of people with TB go undiagnosed or unreported every year. Between 2018 and 2022, 40 million people will need quality care – including people with alcohol use disorders.

In the era of the Agenda 2030, effective partnerships across sectors are critical for sustainable progress. But not all partnerships are conducive to reaching the SDGs. Some partnerships are laden with conflicts of interest, like the case of the Global Fund partnering with the world’s second largest beer producer Heineken exposed.  The alcohol industry has a fundamental conflict of interest with regard to SDG 3 in general and SDG 3.8 specifically.

Therefor, partnerships with the alcohol industry to help end TB are incompatible.

Read: Movendi International statement on the preparation of the High-Level Meeting on TB, delivered at the World Health Assembly.