According to a new national report 41,000 people died due to alcohol related causes in 2017. This makes 7% of the total death toll for individuals over 15 years of age.

French men are at a higher risk for alcohol related death when compared to other countries in the European region as well, such as Scotland (6.8%), Switzerland (5%) and Italy (lower than 3%).

According to the breakdown of the causes of death, 16,000 died from cancer, 9,900 died from cardiovascular diseases, 6,800 from digestion related problems and 5,400 from external causes such as accidents or suicides, all related to alcohol use.

The report states the majority of these deaths affected people who consumed more than 5 units of alcohol (3 and a half glasses of wine/ 2 pints of beer) per day. However as there is no safe limit for alcohol consumption the report warns even moderate use will increase risk of harmful effects.

According to the report not all news is bad. While the alcohol related death toll is high in France comparatively to other countries of the region, it is showing a declining trend within France. 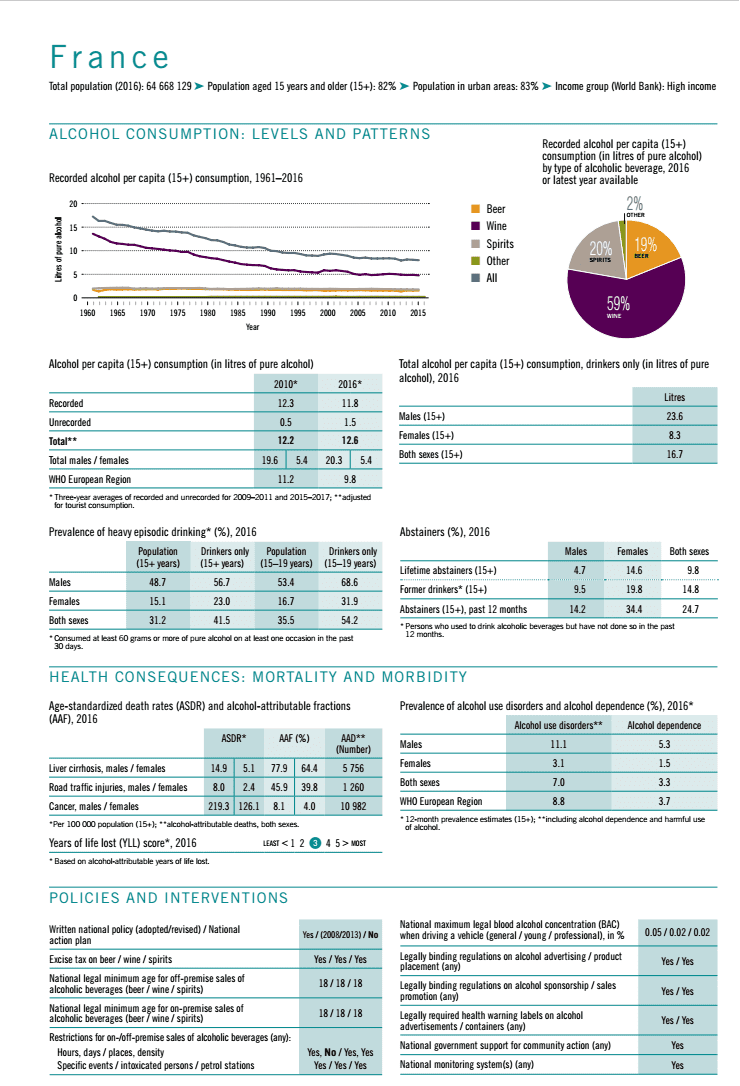 The WHO reports a total of 17,998 death in France due to alcohol attributable causes, with cancer being the highest cause of death. Men are specifically at risk of alcohol harm as they are reported to develop alcohol use disorders and alcohol dependency significantly more compared with the WHO European region.

In this view, perhaps France can benefit more from their alcohol control policies if a national action plan was put in place to tackle the alcohol harm in the country with faster, more effective results.