Drug Policy Futures has launched a brand new report assessing the last ten years of the response to the world drug problem and charting the way ahead for the coming decade. The report is entitled “People’s voice. The roar of the silent majority” indicating that the vast majority of people in the world are rarely heard and their needs and rights rarely represented in the global discourse about the world drug problem. The report is written by IOGT International President Kristina Sperkova and was made possible by funding from FORUT, the development branch of the Norwegian 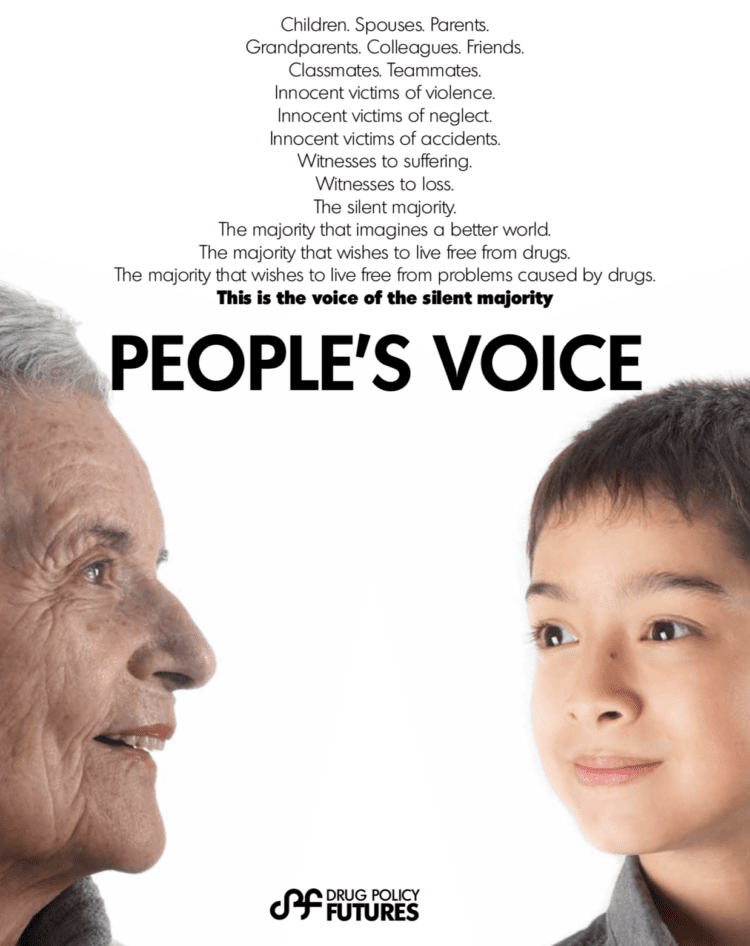 Drug Policy Futures (DPF) is a global platform for a new drug policy debate based on health. DPF rejects the false dichotomy between the “war on drugs” on the one hand and the “war for drugs” on the other.

Why the report matters

The new report is divided into three chapters:

Central element of the report is the detailed analysis of the flawed global discourse about the world drug problem and its solutions. This novel and innovative analysis provides a detailed look at eight areas of concern where a flawed discourse is hindering progress in the efforts to prevent and reduce harm caused by illicit drugs.

As part of the analysis of the past decade in drug policy, the report highlights both positive developments as well as negative ones. All too often, the achievements and the progress made is ignored or forgotten but for an effective response to the world drug problem a comprehensive understanding of all the evidence and all the solutions available is absolutely necessary.

The final chapter of the report charts the way forward. Massive challenges persist but the report offers an inspiring way ahead: the third way.

The polarization of the discourse into only two approaches – either prevention or harm reduction, either war against drugs or war for drugs – can prevent a constructive dialogue and hinder evidence-based solutions to come to the forefront.

It is imperative to explore and use the policy space between the portrayed extremes, to foster discussion and implementation of a range of useful alternative approaches, and to bring back nuances into the discourse about effective, comprehensive, sustainable solutions. Such a nuanced approach is well taken care of in the Outcome Document from UNGASS 2016 and must be brought forward when it now comes to imple- mentation of the document.