The online retail giant Amazon is looking to hire an alcohol business policy and lobbying expert. This suggests Amazon is planning to expand further into online retail alcohol sale.Currently Amazon dominates general online retail in USA and has expanded into grocery business and food delivery. Selling spirits has long been in the sights of the company, only limited due to the state and local laws governing alcohol sale…

The online retail giant Amazon is looking to hire an alcohol business policy and lobbying expert. This suggests Amazon is planning to expand further into online alcohol retail.

Currently Amazon dominates general online retail and has expanded into grocery business and food delivery. Selling spirits has long been in the sights of the company, only limited due to the state and local laws governing alcohol sale.

The job ad which implies this as a new position, details the new Amazon alcohol lobbyist should persuade and inform, work with state government and regulatory officials, trade associations and consultants. The job post would be based in Washington D.C.

The Manager will assess and communicate potential administration activities back to the business and the public policy team, develop mitigation or enhancement strategies and positions, and manage and coordinate external advocacy efforts, outreach programs, and key initiatives in concert with business objectives,” the job ad states, as per Washington Business Journal.

The mentioned business objectives are not defined further.

This new position could mean Amazon is trying to expand its current two-hour or less alcohol delivery service to cities on the U.S. east cost. But it could also mean Amazon is planning to attempt to completely change regulation for alcohol retail in their favor.

Their appetite is big, I would guess they would like to influence public policy and eventually get to the point where they can ship wine to any consumer in the country,” said Stephen Rannekleiv, a beverage sector strategist for Rabobank International, as per Washnigton Business Journal.

Amazon’s most recent efforts on alcohol distribution come in the form of local delivery. Prime members in a few cities like Minneapolis, Cincinnati and Seattle have been able to get beer, wine and liquor delivered to their homes. Amazon offers beer runs in a number of other cities but not always liquor or wine. Possibly limited due to a wide range of state and local laws regulating who can sell and even when spirits can be sold.

Before the local sale of alcohol, Amazon tried multiple times to create wine-selling platforms similar to the one they have for books. The short lived marketplace, Amazon Wine, allowed vineyards to post their products and sell directly to consumers for a fee. Amazon Wine which was only available in a few US States was shut down after five years – due to complex regulations governing alcohol sale.

The problem occurred when Amazon bought Whole Foods Market in 2017, which placed the company at a regulatory compromise. Essentially, Amazon could not run a marketplace where it accepted fees from wineries and also operate retail grocery stores that sold alcohol.

Experts expect the new Amazon alcohol lobbyist to push for persuading regulators and lawmakers to permit Amazon to sell alcohol both as a grocery retailer and as digital marketplace.

Attack on the U.S. alcohol control state system at play?

This new move by Amazon signals the potential to further disrupt a tier of alcohol control in the United States already under attack by Big Alcohol. Amazon has the financial and political power to influence law makers in the interest of their online alcohol retail business.

In the US alcohol is largely controlled through a state legislated three-tier alcohol distribution system. Producers of wine, beer and liquor are only permitted to manufacture. Between the tier of the producer and the tier of the retailer there is a middle tier, the wholesaler. Alcohol wholesalers are regulated by state law. Producers are not allowed to sell alcohol directly (with a few minor exceptions). Retailers are allowed to sell alcohol at any price, as long as it is at or above the minimum price set by the state (according to laws in many states).

The National Alcohol Beverage Control Association (NABCA) informs that currently 17 federal states and jurisdictions in Alaska, Maryland, Minnesota and South Dakota adopted forms of the “Control” model. These states and jurisdictions control the sale of distilled spirits and, in some cases, wine and beer through government agencies at the wholesale level. 13 of those jurisdictions also exercise control over retail sales for off-premise alcohol use; either through government-operated package stores or designated agents.

According to NABCA, control jurisdictions currently represent approximately 25.2% of the country’s population and account for roughly 22% of distilled spirit sales and a significantly smaller percentage of beer and wine sales.

In a time where more and more federal states are pursuing their own policy goals more independently and oftentimes in opposition to regulations and policy objectives at the federal level, the three-tier system is coming under pressure from Washington State (the home state of the Amazon headquarters) dismantling the three-tier distribution system – this could set a precedent for other states. 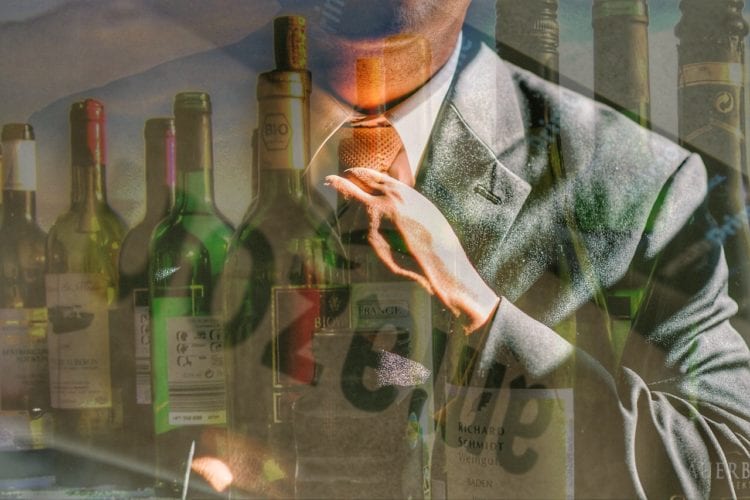 Analysts report that online wine retail is big business, exceeding $500 million in sales in the period between September 2017 and August 2018. According to Rakuten International data wine is the dominant type of alcohol sold online, making up 79% of alcohol online retail.

Therefore, business insiders call Amazon’s new push into alcohol lobbying perfect timing. According to one estimate, retailers that focus on e-commerce “are poised to gain significant market share in the home delivery of beer and wine to consumers.” Rabobank wrote in a report last year that online grocery shopping “will develop into the most important driver of online alcohol sales.” Amazon is the leader in the online grocery space as well, selling about $3 billion in those items annually. The Google data suggest that the share of alcohol sales coming online (currently 1.6%) will eventually catch up to, or even surpass, grocery overall, Rabobank reported.

Big Alcohol is already working on online alcohol retail and delivery. ZX Ventures, the disruptive investment arm for AB InBev is working with retailers like Walmart, Kroger, and Drizly, as well as Amazon to better understand online shoppers and share those insights with retailers and help them drive the alcohol sales.

Amazon may be looking to sell their alcohol brands at the cheapest prices and deliver them wherever necessary, increasing availability, and making alcohol more affordable, going against all evidence based recommendations on alcohol control policy and disregarding the alcohol harm.