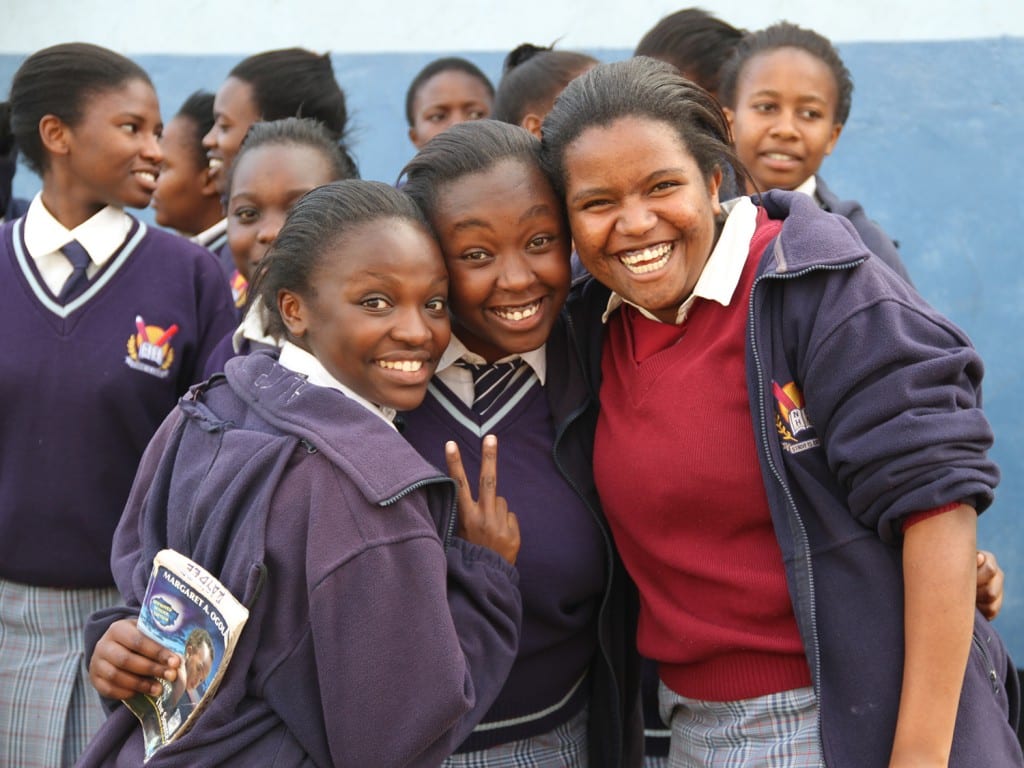 A new report from Kenya states, Kenyans consume the least amount of alcohol in sub-Saharan Africa. This is the result of alcohol regulation policies comprised in the so-called Mututho-Law, that Kenya has been implementing for many years.

Consumption of formal (recorded) alcohol that includes beer, liquor and wines accounts for 56% of alcohol use while informal sources (unrecorded alcohol) such as chang’aa and a host of other illicit alcohol account for 44%.

Recently, the Kenyan government has stepped up action to reduce alcohol availability by closing down unauthorized alcohol outlets, a move to better young people, families and other productive people of the society.

The success of Kenya in preventing and reducing alcohol harm is also due to effective taxation. In 2017, the government increased the tax on liquor by 14.3% and duty on low-cost beers such as East African Breweries Limited’s Senator Keg. The increase led to Sh39 billion tax revenue to the government which is a 105% increase from 2012. Beer accounted for 71% of excise duty on alcohol while wine and spirits accounted for 29%. 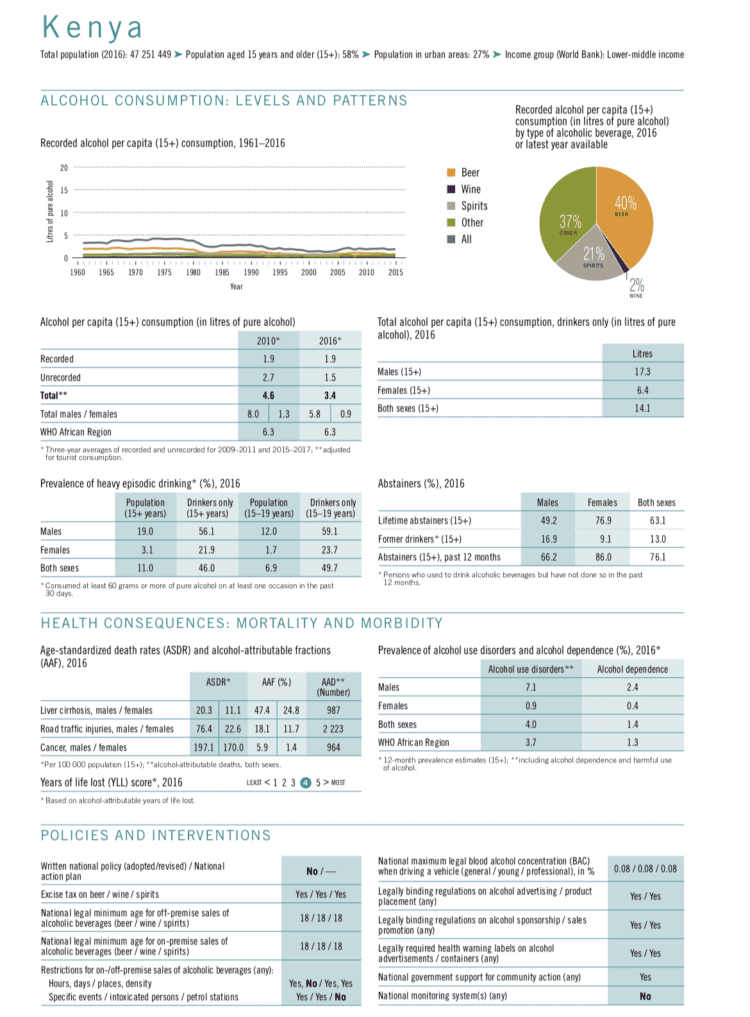 While the Mututho Law is a model policy for other African countries and Kenya benefits from its implementation since 2010, the country still does not have a written national alcohol policy. More can and must be done to protect Kenyan society from alcohol harm.

WHO ranks Kenya on the high end for years of life lost due to alcohol. 7.1% Kenyan men suffer from alcohol use disorder and 2.4% are dependent on the substance. Both these statistics are above the WHO African regional average.