Posted on May 8, 2019 in
Alcohol's Harm To Others, Lifestyle, Policy, Research, Research

The number of people who consume alcohol to get intoxicated has edged close to half the people who use alcohol, around six million Australians, despite little change in overall alcohol consumption.

Alcohol harm has continued to increase despite the fact that overall consumption has remained relatively constant over the past 10 years, with no significant fluctuations,” said Michael Thorn, the Chief Executive of the Foundation for Alcohol Research and Education, as per FARE media release. 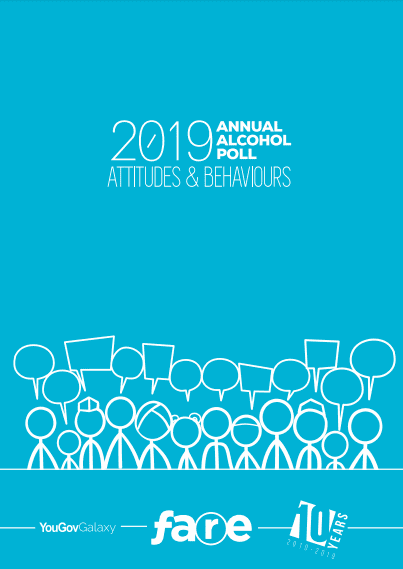 The 2019 Annual Alcohol Poll: Attitudes and Behaviours shows a steady climb over the past decade of people consuming alcohol wanting to get intoxicated, from 35 to 47%. The Poll also found Australians remain confused about what constitutes low-risk to high-risk alcohol consumption.

FARE believes Australians are confused about cancer and other health risks due to nebulous ideas such as ‘responsible consumption of alcohol’ and ‘using alcohol in moderation’ which are commonplace in alcohol marketing.

Evidently there is nothing responsible about consuming 11 units of alcohol even though Australians who do so seem to think they are responsible consumers.

Key findings from the Poll

All #Australians deserve to feel safe in their homes and communities.#AlcPoll2019 #auspol #alcohol #AlcoholViolence #domesticviolence pic.twitter.com/PQks2OW6WE

Tackling the alcohol problem in the country

Fare believes the government needs to invest more in prevention to tackle the growing alcohol issue. They provide several priority actions to curb the harm.

A government that implements these priority actions will have the support of the country, with more than four in five Australians believing that people have a right to know about alcohol-related harm, and the majority (75%) believing that more needs to be done to reduce alcohol harm,” said Michael Thorn, as per FARE.

All the evidence we’ve got says you need other strategies to do that [reducing alcohol consumption at a population level] — things like controls on advertising, price, availability,” said Anthony Shakeshaft from the National Drug and Alcohol Research Centre (NDARC), as per ABC News.