Global Alcohol Use Rising, Policy Goals out of Reach

Posted on May 9, 2019 in
Alcohol's Harm To Others, History, Human Rights, Lifestyle, Obstacle To Development, Policy, Research, Social Justice, Well-being

A news study published by the Lancet reveals, global alcohol consumption has increased over the past 3 decades. The study warns the world will fail to achieve the global targets to reduce alcohol use and recommends immediate action. Globally, alcohol intake increased from 5.9 litres pure alcohol a year per adult in 1990, to 6.5 litres in 2017, and is predicted to increase further to 7.6 litres by 2030…

Global Alcohol Use Rising, Policy Goals out of Reach

A new study published by The Lancet reveals, global alcohol use has increased over the past 3 decades. The study warns governments will fail to achieve the global policy goals to reduce alcohol use and recommends immediate action.

Highlights from the study:

This means, after the 10% rise in alcohol use between 1990 and 2017, global per capita alcohol consumption will rise another 17% over the next decade.

By 2030 half of all adults worldwide will consume alcohol. Further, almost a quarter will binge on alcohol at least once a month, according to projections covering 189 countries.

Globally, about 237 million men and 46 million women suffer from alcohol-related disorders. The highest reported rates are in Europe (15% and 3.5%, respectively, for men and women) and North America (11.5% and 5%). 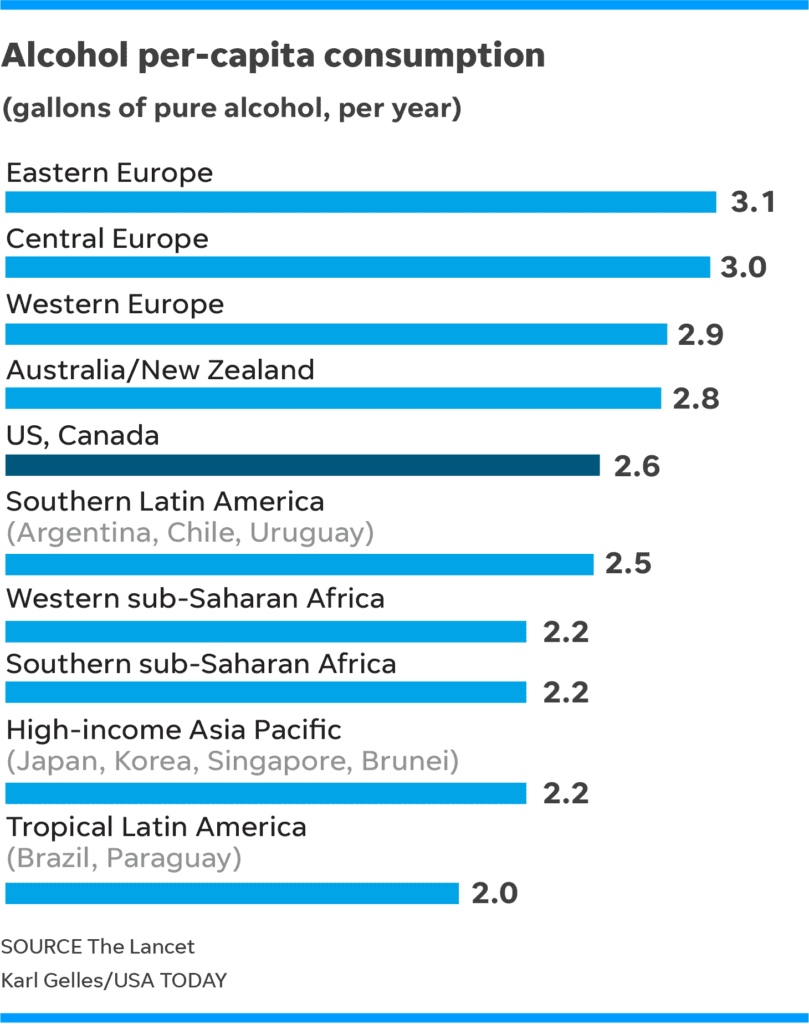 Based on our data, the WHO’s aim of reducing the harmful use of alcohol by 10% by 2025 will not be reached globally,” said study author Jakob Manthey of the Technical University of Dresden, Germany, as per USA Today.

Instead, alcohol use will remain one of the leading risk factors for the burden of disease for the foreseeable future, and its impact will probably increase relative to other risk factors.”

The authors of the study call for effective policy measures to prevent and reduce the alcohol harm. Recommendations for effective alcohol control are available at all levels, especially the WHO best buy alcohol policy solutions including increasing taxation, restricting availability, and banning alcohol promotions, sponsorships and advertising.

In reaction to these new findings, IOGT International has called for urgent action to make alcohol policy the priority it should be, commensurate with the burden alcohol harm places on people, families, communities and societies around the world.