Posted on May 28, 2019 in
Alcohol Norm, Alcohol's Harm To Others, Human Rights, Policy, Women's Rights

Alcohol-fueled violence against women is of epidemic proportions in Bolivia. About 40% of the country’s total police cases involve domestic violence and alcohol is involved in 90% of cases, according to a government report on gender-based violence from 2018…

Alcohol-fueled violence against women is of epidemic proportions in Bolivia. About 40% of the country’s total police cases involve domestic violence and alcohol is involved in 90% of cases, according to a government report on gender-based violence from 2018.

But grass-roots movements are rising to change social norms and awareness. “Kusisita,” a theater play that seeks to raise awareness about violence against women and mobilize people to fight it, has been drawing large audiences in Bolivia, which has one of South America’s highest rates of femicides. The theater group, which was founded in 2014, finds itself gaining an audience as waves of women mobilize to fight gender-based violence across the world.

The plays, presented in the Aymara language, are also aimed at indigenous communities where nearly half of all reports of gender-based violence takes place, according to 2017 figures from the National Statistics Institute. Those communities make up roughly a fifth of Bolivia’s population.

In neighboring Argentina, a grassroots movement known as “Ni Una Menos,” or Not One Less, emerged in 2015 and drew thousands to hold massive demonstrations in support of women’s rights. But while movements in Bolivia have lacked the impact of Ni Una Menos or the #MeToo movement in the United States, some say the plays have had impact.

Alcohol is a major risk factor for violence against women, according to the World Health Organization. When consuming alcohol, men’s unacceptable behavior is routinely excused. Therefore both the alcohol norm, myths as well as the availability of alcohol need to change to reduce and prevent alcohol violence. 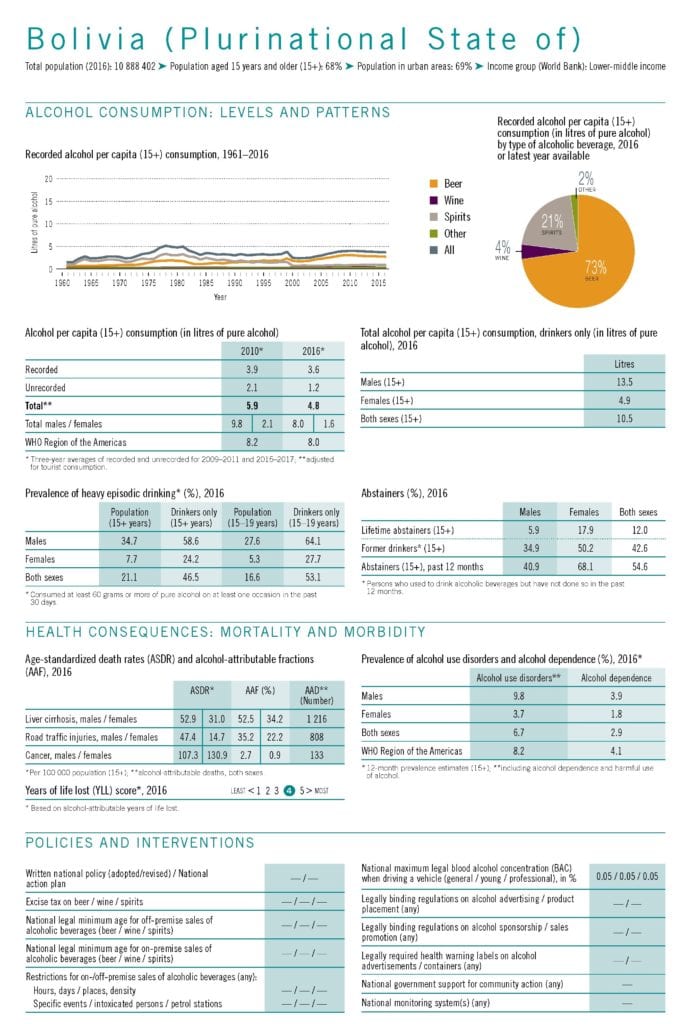 WHO reports 9.8% of Bolivian men suffer from alcohol use disorders which is comparatively above the average of the WHO European region. Bolivia is placed on the high end for years of life lost due to alcohol.