Israel: Youth at High Risk of Alcohol, Other Drugs, Violence

A new analysis shows 30% of youngsters in Israel are having problems involving alcohol, other drugs, sexual abuse or violence at home…

Israel: Youth at High Risk of Alcohol, Other Drugs, Violence

A new analysis shows 30% of youngsters in Israel are having problems involving alcohol, other drugs, sexual abuse or violence at home.

According to a report issued by Elem, nearly one-third of Israel’s adolescents are at risk. Elem is a non-profit organization working with troubled youth. Their analysis showed:

The report was based on data collected from more than 21,000 young people helped by the organization over the past year and has been presented to President Reuven Rivlin.

Almost a third of Israeli teens are at risk

According to the risk categorization of the report, 70% of Israel’s 800,000 teens lead normal lives, suffering from problems that are typical of adolescents.

Elem has called for the creation of a national program to fight sexual violence against adolescents and young adults. It has submitted a paper to members of Knesset addressing the need for prevention, identification, enforcement and rehabilitation.

The greater the distress, the more intensive the drug use, helping youth to escape the harsh daily reality in which they live. Particularly alarming is the phenomenon of drug abuse among younger adolescents (aged 12-16), said Inbal Dor-Karbel, director-general of Elem, as per The Times of Israel.

This year, more than ever before, we saw how easy it is for youth to get hold of drugs via the social networks and various online applications, which make drugs accessible everywhere and at all times all over the country.

In March, police arrested 42 people connected with one of the country’s largest drug sale networks, Telegrass, which had been operating via the Telegram instant messaging app. In April, they charged 27 suspects. 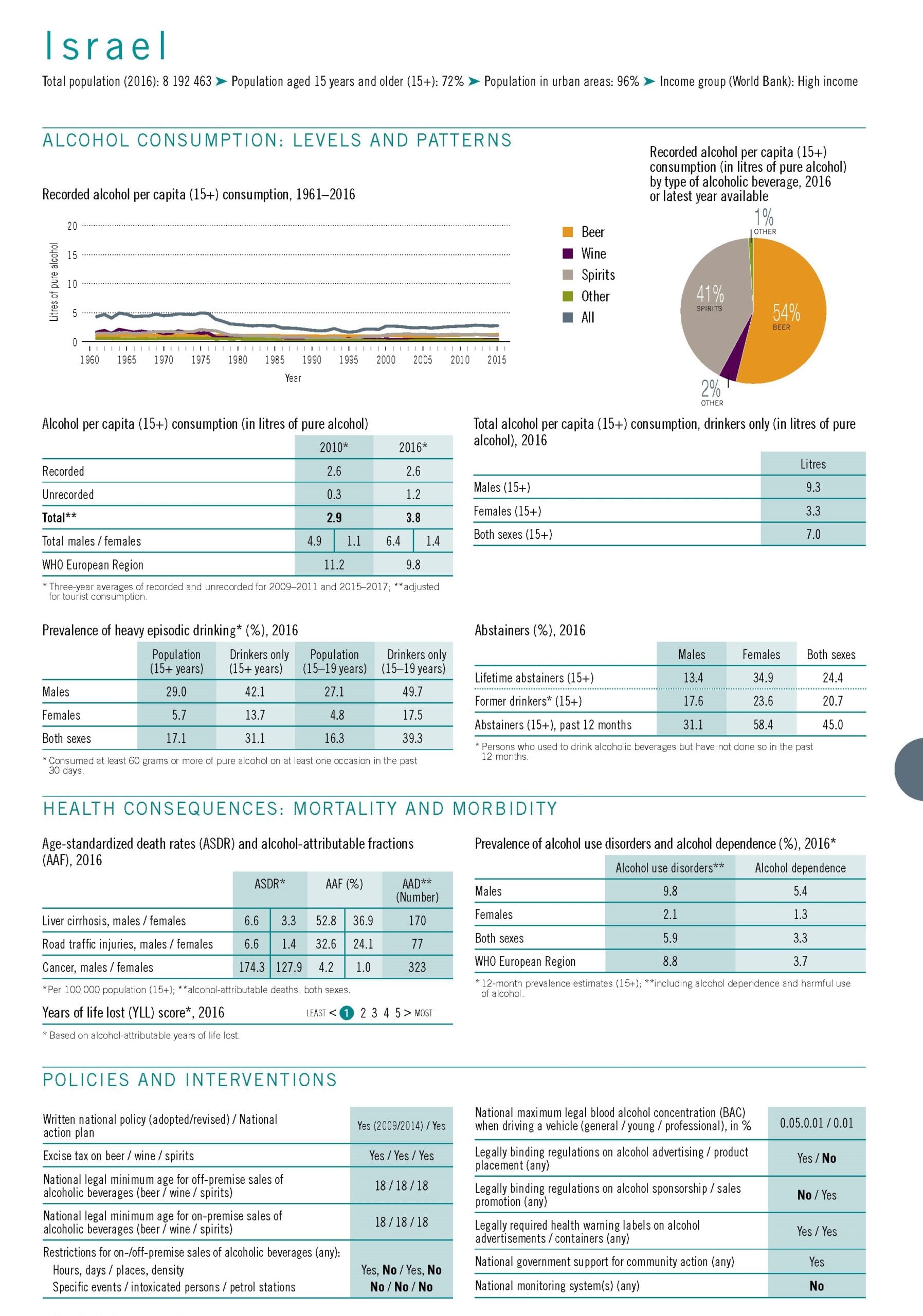 WHO reports about a third of all alcohol using youth between 15 to 19 years in Israel binge consume it. Almost half of the alcohol using teenaged boys engage in this harmful behavior. The harm is significant for Israeli men with 9.8% suffering some alcohol use disorder. This number is higher than the WHO European regional average.

Israel has a relatively low legal age for alcohol use. This along with restrictions on sales can be strengthened in the Israeli alcohol control policy to curb the harm of alcohol specifically for youth. Further a national monitoring system for alcohol policy implementation would increase effectiveness of the current policy.