Welcome to another week of carefully curated alcohol policy news, latest science updates and exposing Big Alcohol.
This week we feature not one, but two new resources. Scroll down to find a brand new booklet about alcohol and NCDs. And check out below our fresh new world map of alcohol industry interference and the mapping of Big Alcohol and its global lobbying front group.
For week 23, our Global Alcohol Policy Round-Up contains:
Alcohol policy updates come from South Korea, Bhutan, Estonia, and Northern Ireland.
Fresh science updates about alcohol taxation in the EU and about the mental health of medical doctors in the UK.
Our Big Alcohol monitor exposes a raging beer war in Vietnam, marketing tactics to hook young people, and self-regulation failure in the EU…

This week we feature not one, but two new resources. Scroll down to find a brand new booklet about alcohol and NCDs. And check out below our fresh new world map of alcohol industry interference and the mapping of Big Alcohol and its global lobbying front group.

The South Korean government has decided to tax beer based on volume and content as opposed to the cost.

According to a new report, easily accessible, cheap industrial alcohol is a major challenge for alcohol control in Bhutan.

The report, prepared by the Good Governance Committee, was submitted for deliberation at the on-going 23rd session of the National Council (NC). It was reported that as of November 30, 2017 the number of bars had increased to 4,118.

Given pervasive alcohol harm and the absence of comprehensive policy solutions, the committee recommended that government focus on addressing the issues, affirmative actions to ensure responsible parenting, affordable recreational facilities, rehabilitation services and to explore taxation and pricing policy.

Consumption of alcohol in Estonia has decreased to the lowest level seen in a decade, reports an analysis entitled “Estonia’s alcohol market, consumption and policy in 2018.”

Last year, Estonian residents consumed an average of 10.1 liters of pure alcohol per capita. This is the lowest reported level of alcohol consumption over the last decade.

While the progress of 2018 is significant a threat to this achievement is looming over Estonia. The country achieved this progress in 2018 on reducing alcohol harm through the implementation of evidence-based alcohol control policy, including raising alcohol taxes. Unfortunately the new Estonian government has decided to slash the alcohol tax by 25%.

Alcohol Taxation in the European Union

Does occupational distress raise the risk of alcohol use, binge-eating, ill health and sleep problems among medical doctors? A UK cross-sectional study

One in Three Medics Use Alcohol to Self-Medicate 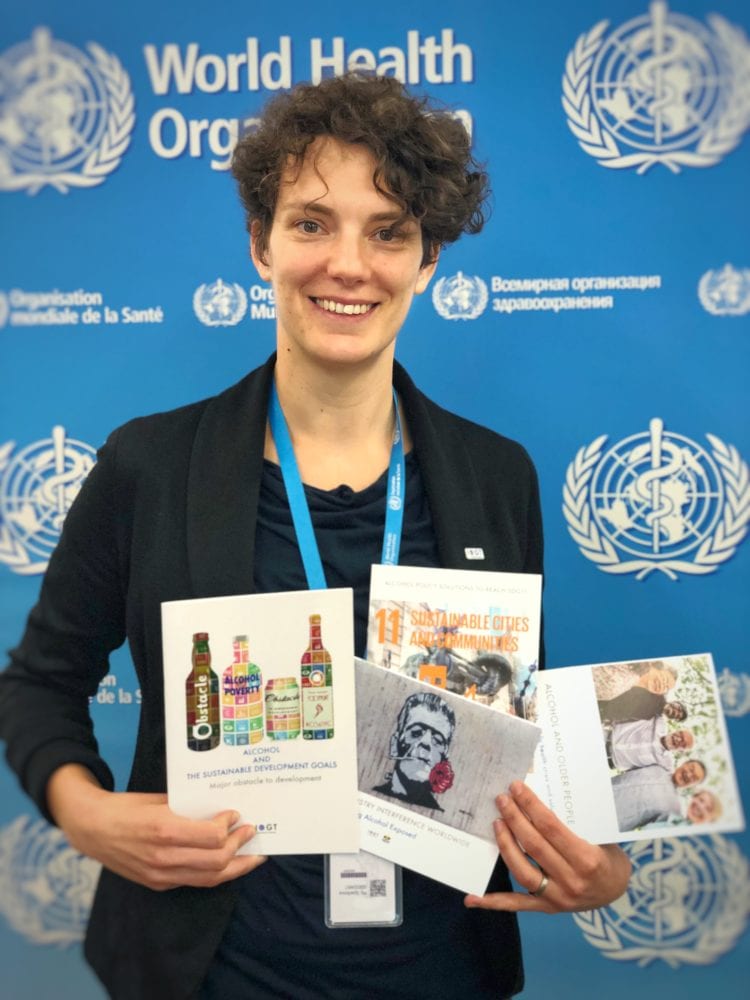 IOGT International has released a brand new resource to illustrate how alcohol fuels the global NCDs tsunami – based on latest scientific evidence – and to outline cost-effective solutions for change.