Although progress has been made on some fronts – namely toward ending poverty (SDG1), ensuring all have access to quality education and lifelong learning (SDG 4) and delivering affordable and clean energy (SDG7) – the report says it’s still not fast enough to achieve the targets by 2030. For more than half of the goals, progress has stagnated.

For goal 3.5 that address alcohol as obstacle to development, progress has halted and is in danger of being reversed, according to latest scientific findings and recent WHO reporting to the World Health Assembly in May 2019.

Along those lines, the report reveals that the situation is actually deteriorating for three of the goals: 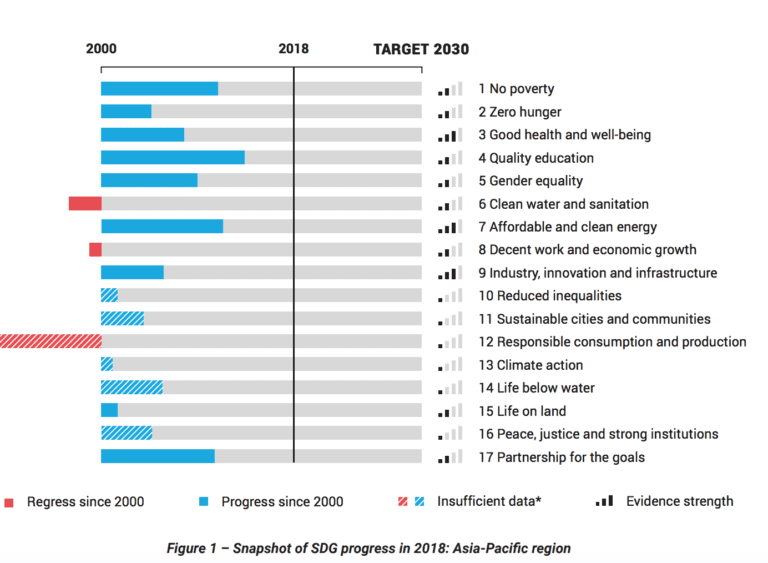 Can the region achieve the SDGs?

According to the report, strengthening on two key areas of focus can make a massive difference: environmental protections and the means of implementing the Goals (SDG 17).

On a broader scale, the report says that whether the region builds up global partnerships and the means of implementing the Goals will make or break their ability to achieve any of them. This includes tax revenue, debt sustainability, sound policy, technology, favorable trade conditions and international cooperation.

The push to achieving the SDGs by 2030 must include addressing the pervasive alcohol norm. This can be achieved through evidence based effective policy measures such as the WHO alcohol policy best buys.

Powerful solution to the funding gap is available