Over the past decade, young adults from the millennial generation were more likely to die from alcohol, other drugs and suicide or “deaths of despair“. 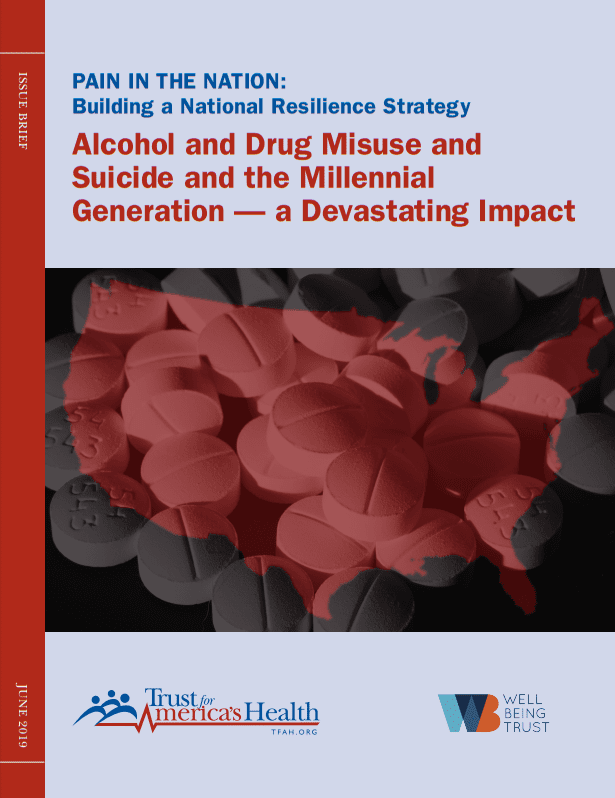 America’s Health and Well Being Trust reports through an analysis of the latest federal data:

The analysis of Centers for Disease Control and Prevention data found the increases for these three “deaths of despair” combined  were higher for millennials than for Baby Boomers and senior citizens.

The opioid crisis has been a major cause of fatal drug overdoses among millennials—though new federal estimates suggest these rates may be starting to slow. Opioids, including synthetic opioids like fentanyl, were involved in the majority of drug overdose deaths in 2017, the new report shows.

Disproportionate rise in alcohol-related deaths of youth in U.S.

Meanwhile, heavy alcohol use seems to be contributing to a disproportionate increase in alcohol-related deaths for younger Americans.

There is a critical need for targeted programs that address Millennials’ health, well-being and economic opportunity,” says John Auerbach, CEO of the Trust for America’s Health and Massachusetts’ former health secretary, as per USA Today.

Dennis Hobb, executive director of the Washington, D.C. mental health services non-profit agency, McClendon Center, says the disconnect between mental health and addiction services hurts patients who often have dual diagnoses. Treating addiction and mental health separately increases the time it takes to get treatment and reduces the chance it will be effective.

The report offers a number of recommendations for slowing these troubling increases in “deaths of despair,” including: