As many as one in 15 beers of the estimated annual 6.2 million hectolitres of beer consumed in Germany contains no alcohol. Störtebeker beer brewery reports sales for their non-alcoholic range of beers increased by 40% in last summer. According to Marc Oliver Huhnholz of the German Association of Brewers (DBB), Germany’s 1,500 breweries, now produce between 400 to 500 alcohol-free varieties of beer…

As many as one in 15 beers of the estimated annual 6.2 million hectolitres of beer consumed in Germany is alcohol-free.

According to Marc Oliver Huhnholz of the German Association of Brewers (DBB), Germany’s 1,500 breweries, now produce between 400 to 500 alcohol-free varieties of beer. The growth in their popularity has even gone some way to stem a year-on-year fall in standard beer sales. The popularity is increasing as Germans gain more awareness on health.

This is good news for Germany. The country was recently identified as one of the most addicted societies in the world.

The new trend to switch to non-alcoholic beer could mean Germans are understanding the problem with alcohol and choosing a life free from it for better health.

Due to weak policy measures, alcohol is becoming cheaper in Germany. Analysis of the last 40 years shows that alcohol has become cheaper by 30% relative to other costs. Consumer prices have decreased 38% for wine,  33% for liquor, and 26% for beer. 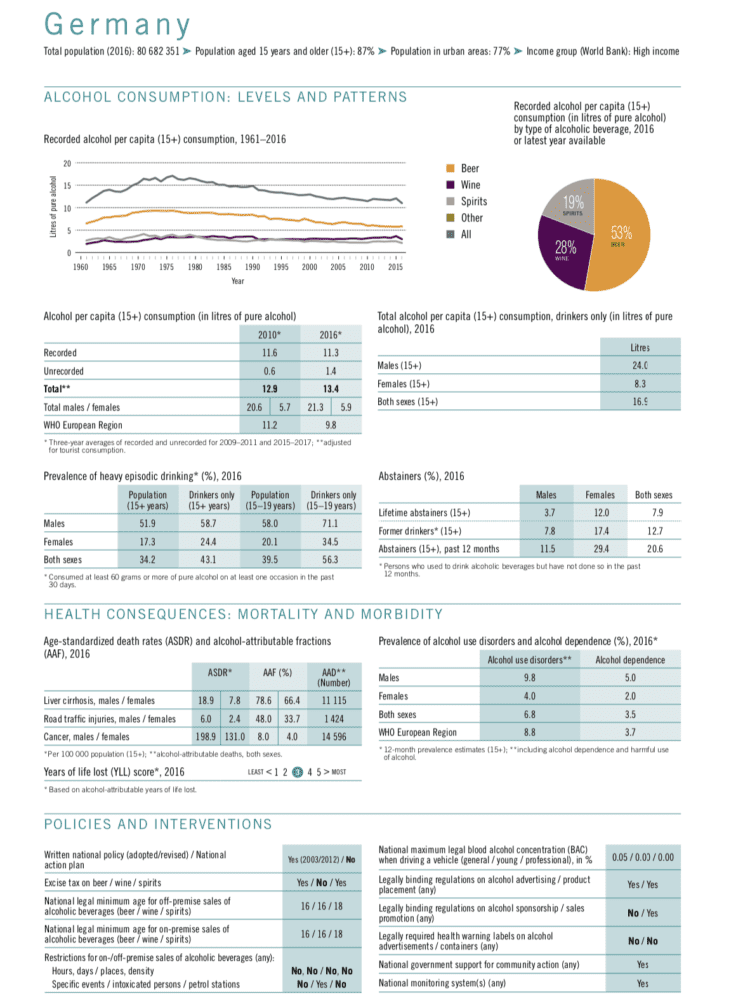 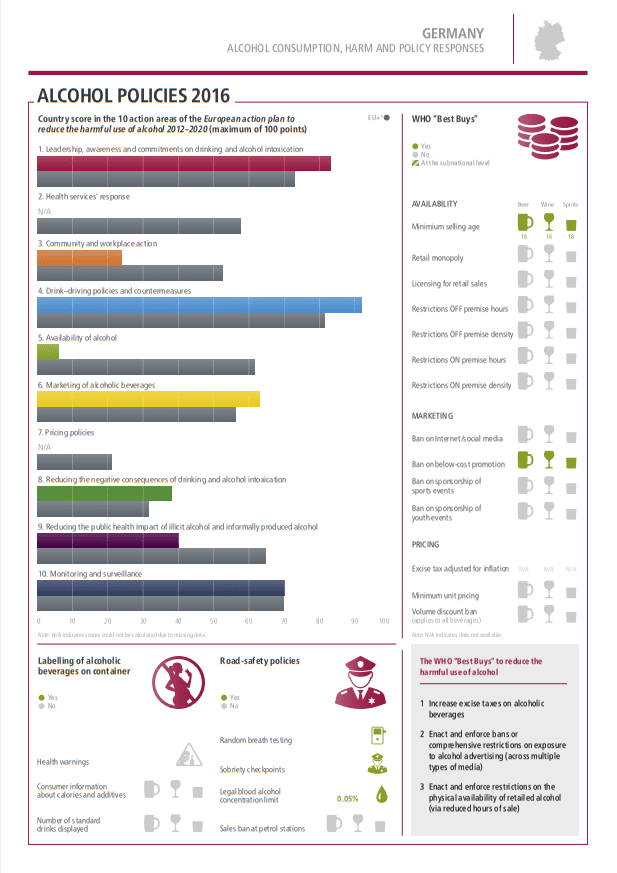 Implementation of WHO alcohol policy best buys is weak in Germany. Availability, one of the largest determinants of alcohol consumption and alcohol harm is one of the most neglected in alcohol control in Germany.

The trend in Germans switching to alcohol-free beer is positive. However for lasting impact, alcohol control policies on restrictions on availability, marketing regulation and pricing all need strengthening to curb the alcohol harm in Germany.