Welcome to another week of carefully curated alcohol policy news, latest science updates and exposing Big Alcohol.
Special Feature: This week we feature two awesome stories: Our radio interview about “Big Alcohol and the importance of corporate literacy in the 21st century”. Our joint press release with the East African Alcohol Policy Alliance
For week 24, our Global Alcohol Policy Round-Up contains:
Alcohol policy updates come from Australia, Iceland, Asia, and Kenya.
Fresh science updates cover the link between binge alcohol use and prescription opioid misuse, and the effects of high-density alcohol outlets in Tanzania.
Our Big Alcohol monitor exposes how Big Alcohol destroyed the alcohol law in Vietnam and how nonsense “Wellness” alcohol is.

We’re looking to get the national alcohol strategy out within the next four months, so we’ll be working quickly with the states to finalise it, said Greg Hunt, Federal Health Minister, as per SBS News.

My view is get on with it, get it done, get it out there and get it implemented.”

The new strategy is badly needed to address several alcohol-related problems in Australia.

For example, an annual poll by the Foundation for Alcohol Research and Education (FARE) conducted on people’s attitudes related to alcohol found less than half of the people were aware of the long-term heath effects of alcohol.

Evidence shows that driving under the influence of alcohol is the second most common cause of fatal traffic accidents in Iceland after speeding. Studies also show that .05 blood alcohol concentration has a significant impact on the driving performance and increases the likelihood of accidents. A driver with a blood alcohol level of .05 is 150 times more likely to die in a traffic accident, and 30 times more likely to suffer serious injuries.

Along those lines, the report reveals that the situation is actually deteriorating for three of the goals:

Kenya will see an increase of alcohol and tobacco taxation as part of the effort to achieve universal health coverage (UHC). The Kenyan government is set to raise excise duties on cigarettes, wines and liquor by fifteen per cent in part of newly proposed tax measures aimed at mobilizing resources for the Sh 3.02 trillion 2019-2020 budget.

Capital Business reports poll findings that a majority of Kenyans agree with the government’s decision to increase the excise duty on tobacco and alcohol. People also proposed the government should continue increasing taxes for Kenyans to shift their focus on lifetime investments.

Binge Alcohol Use and Prescription Opioid Misuse in the U.S. 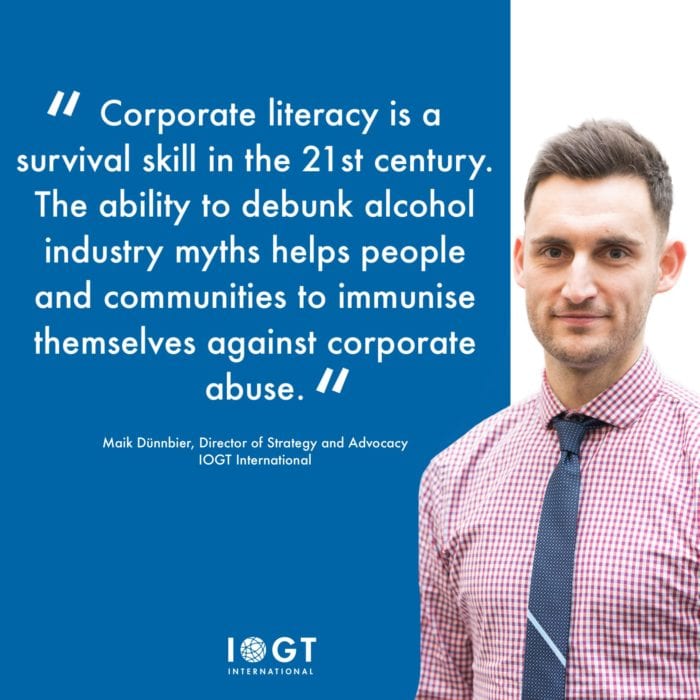 Wake Up Call Segment Producer/Host MK Mendoza speaks with Maik Dünnbier of IOGT International, the premier global network for evidence-based policy measures and community-based interventions to prevent and reduce harm caused by alcohol and other drugs. They look at the influence of big industry on the larger culture that includes examining advertising that creates what they call an “alcohol norm” and targets children, to uncovering front lobbying groups that appear as “advocacy groups” on behalf of the consumer, yet are driven by industry incentives and funding. 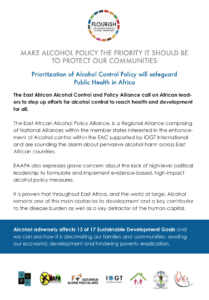 The East African Alcohol Control and Policy Alliance call on African leaders to step up efforts for alcohol control to reach health and development for all.