Alcohol causes the most overall harm to Australian society, surpassing crystal methamphetamine (ice) and heroin, drugs that usually receive more attention, according to a new national study. The Australia-first study, funded by St Vincent’s Hospital in Melbourne, examined 22 drugs and measured the risk to an individual and the damage to society as a whole…

The Australia-first study, funded by St Vincent’s Hospital in Melbourne, examined 22 drugs and measured the risk to an individual and the damage to society as a whole. 25 drug-harm experts ranked the drugs on a score of 0 to 100, based on the damage they caused, including illness, injury and death.

They also examined the effects drugs have on users’ families and the wider community, such as through violence, crime, unemployment, economic costs and relationship breakdowns.

Alcohol ranked as the highest damaging drug to Australian community scoring 77/100. Alcohol was followed by crystal meth (66), heroin (58) and fentanyl (51).

That’s about one person every 90 minutes,”  said Lead researcher Associate Professor Yvonne Bonomo as per The Sydney Morning Herald.

Yet up to half a million Australians are unable to access the help they need from alcohol and other drug treatment services, with the largest unmet demand being for alcohol dependence.” 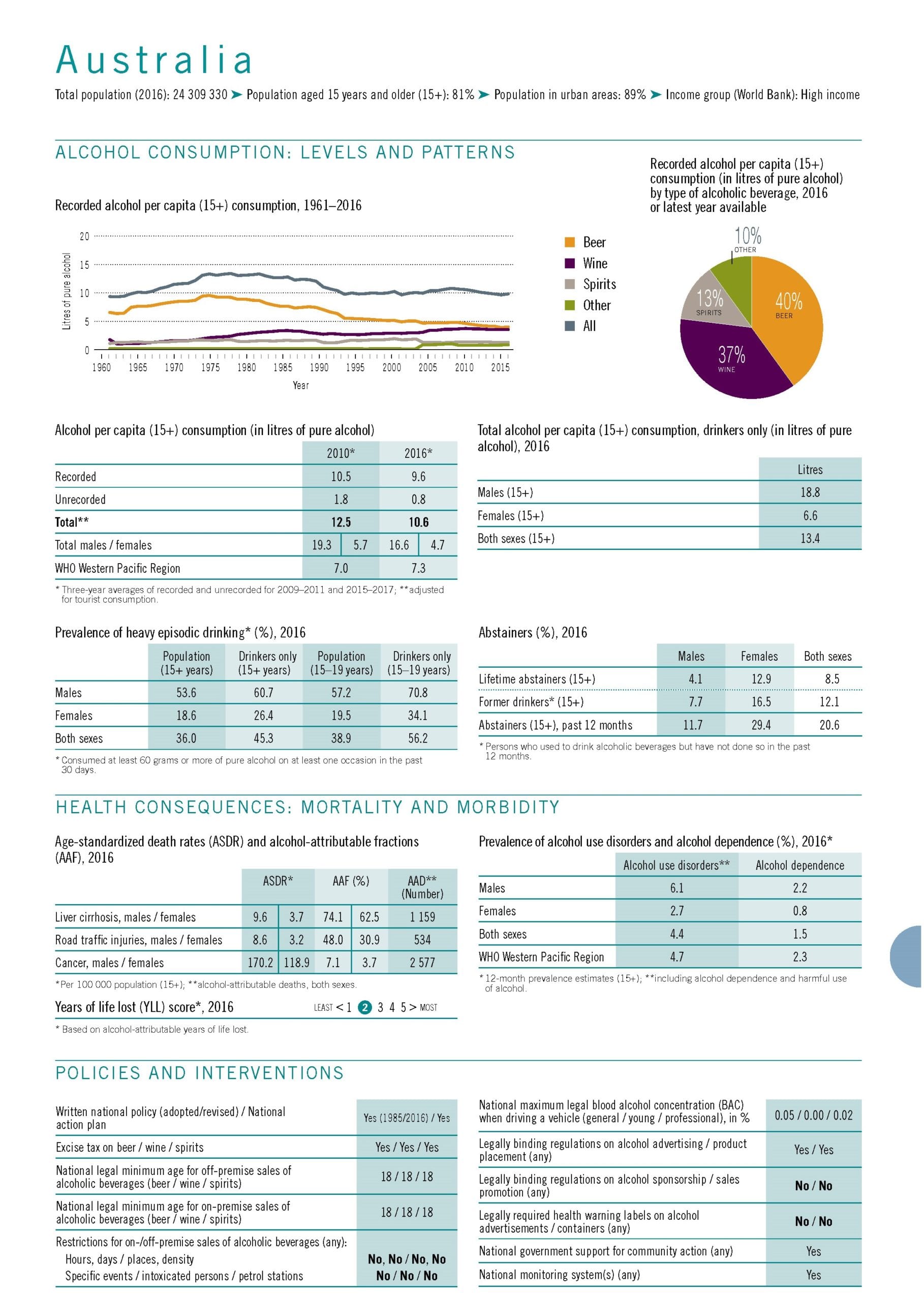 In Australia, total alcohol per capita consumption is above the WHO Western Pacific Region at 10.6 liters. Binge alcohol use of 15 to 19 year old youth is rather high with over half (56.2%) alcohol using youth engaging in this harmful behavior. This is despite the legal age for alcohol use being 18 years.

Australia can further strengthen their alcohol policy by restricting alcohol availability, sponsorship and promotions which are WHO recommended best buy policy measures found effective to control consumption and alcohol harm.