Ireland To Move Quickly on MUP

The Irish Minister of Health announced Ireland will move quickly to implement alcohol minimum unit pricing, following encouraging first data from Scotland. The Irish government has been motivated by positive results from Scotland since MUP was implemented a year ago…

Ireland To Move Quickly on MUP*

The Irish government has been motivated by positive results from Scotland since MUP was implemented a year ago. They will soon implement the MUP measure already contained in an alcohol control law passed by the Dáil and Seanad.

Minister for Health Simon Harris will bring a memorandum to the Cabinet before the summer recess that will set out plans to introduce bans on below-price selling of alcohol by the middle of next year.

Under the new laws

The Public Health (Alcohol) bill was enacted in October 2018. The Irish government is committed to implement all the measures included in the bill quickly.

Alcohol harm is pervasive in Ireland. Both total per capita consumption is high, even for European standards – the region with the heaviest alcohol use; as well as prevalence of heavy episodic alcohol use is high. 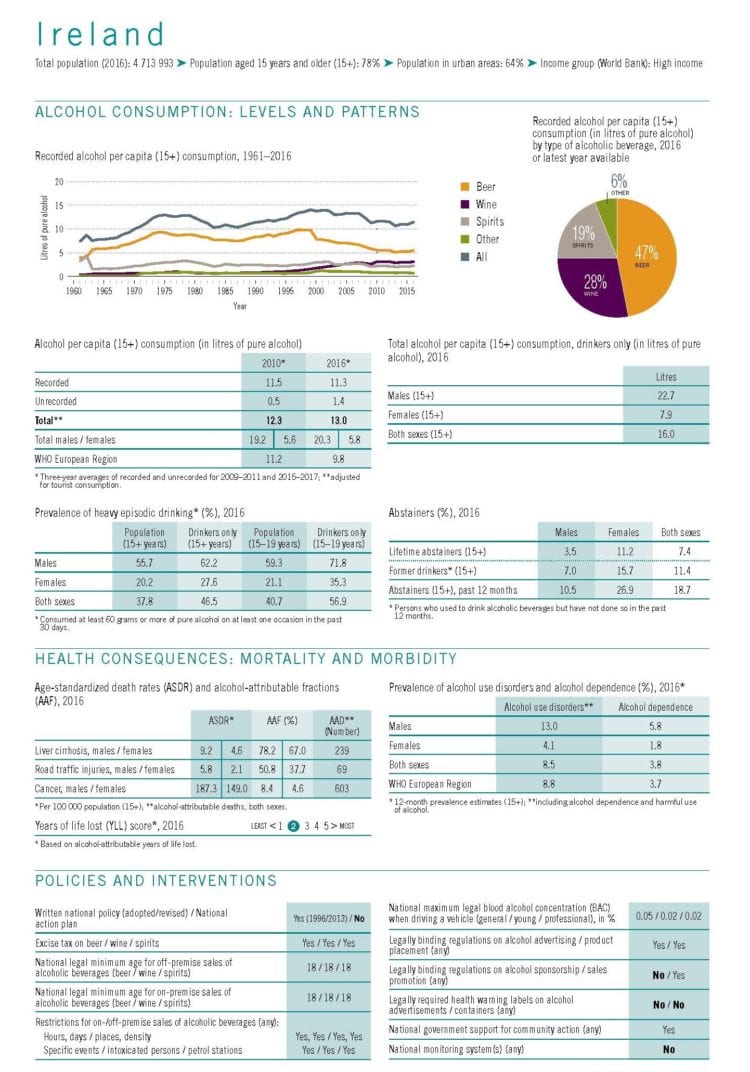 Over half (56.9%) of alcohol using youth between 15 to 19 years in Ireland engage in binge alcohol use. Both alcohol use disorders and alcohol dependence is high for Irish men when compared with the WHO European regional average.

As the new WHO alcohol country fact sheet for Ireland report, Ireland has taken positive measures in curbing availability of alcohol. With the implementation of MUP Ireland will be putting into practice another effective alcohol policy best buy measure.

Stronger measures to regulate alcohol marketing as well can further improve the situation for Ireland in reducing alcohol harm.

*This article was edited on July 2, 2019 as per information from The Irish Times.