The global homicide study of published by UNODC identifies alcohol and other drugs plays a role in homicides. In the Booklet 1 of the study which contains the Executive Summary, the following is stated, “Drugs and alcohol are linked to crime through three well-recognized mechanisms….”

The Global Study on Homicide published by UNODC identifies the role that alcohol and other drugs play in homicides.It shows that the role of alcohol in homicide cases dwarfs that of other substances and that restricting access to alcohol is an evidence-based solution for reducing alcohol-related violence. 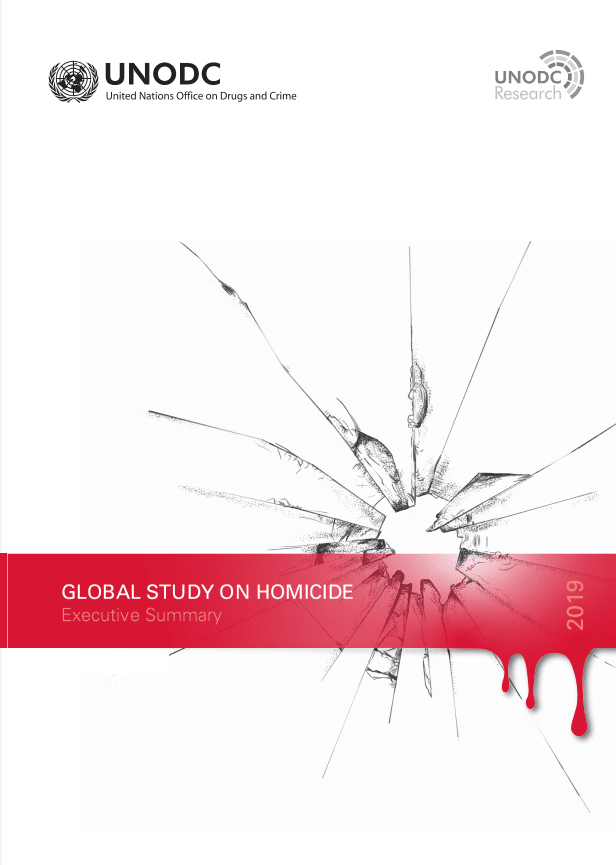 In Booklet 1 of the study which contains the Executive Summary, the following is stated:

[Alcohol and other] Drugs are linked to crime through three well-recognized mechanisms. The “psychopharmacological” mechanism refers to the increased inclination of individuals to commit crime, notably violent crime, while under the influence of psychoactive substances. The “economic-compulsive”mechanism can be observed when individuals who are dependent on substance use engage in acquisitive crime in order to fund their habit.”

According to the study,

In terms of absolute numbers, the role of alcohol in homicide cases appears to dwarf that of other substances. In particular, the frequency of heavy episodic [alcohol use] is a predictor of violent behaviour.”

Restricting access to alcohol at certain hours and other availability measures are listed by the study as evidence-based solutions that lead to a meaningful reduction in alcohol-related violence.

The study comes in 6 booklets, booklet 1 contains the summary findings.