Skol printed sexist jokes on their beer bottles. One of the jokes read “when can a woman make you a millionaire” with the answer “when you are a billionaire”. Another of the jokes in French read “how does a beauty queen try and kill a fish? By putting its head in water.” 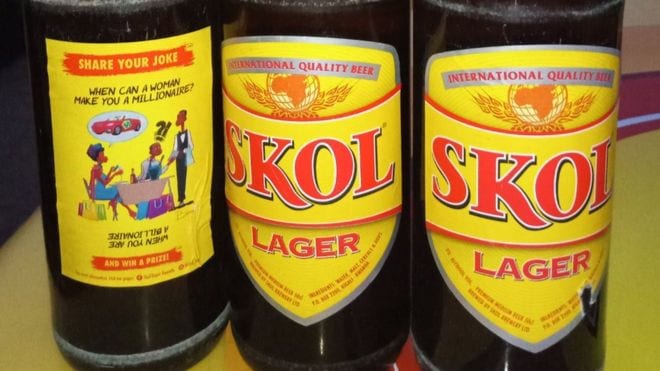 According to the World Economic Forum’s 2016 report, Rwanda ranks 5th in the world for gender equality. The “jokes” drew public outcry.

Among those to react was Gender Minister Soline Nyirahabimana, who called the jokes “demeaning to women” and said that it was “not acceptable” in Rwanda and “should be punished by law”.

Later Skol producers, the Belgian company Unibra, apologized and promised not to release more of the bottles.

Sexism Epitomised In One Alcohol Label