A study by alcohol and other drug dependency charity Projecte Home reveals that almost 60,000 people in the Spanish Balearic islands are addicted to alcohol. According to the study, in the past 12 months, 78% of people in the Balearics have consumed alcohol…

A study by alcohol and other drug dependency charity Projecte Home reveals that almost 60,000 people in the Spanish Balearic islands are addicted to alcohol.

The Balearic Islands are an archipelago off Spain’s east coast, situated in the Mediterranean Sea. The Balearics have a population of 1.1 million inhabitants.

According to the study, in the past 12 months,

The charity says the typical alcohol addicted person is in their middle age. Consuming alcohol for “socialization” for decades leads to the person becoming addicted by this age.

The majority of people who attend the charity’s programme are women aged between 50 and 55 who consume alcohol alone at home.

Projecte Home calls for initiatives to prevent alcohol abuse. According to the charity’s director, Jesus Mullor, there are agreements regarding prevention for the workplace and in public administrations, but they are not yet translated into action. 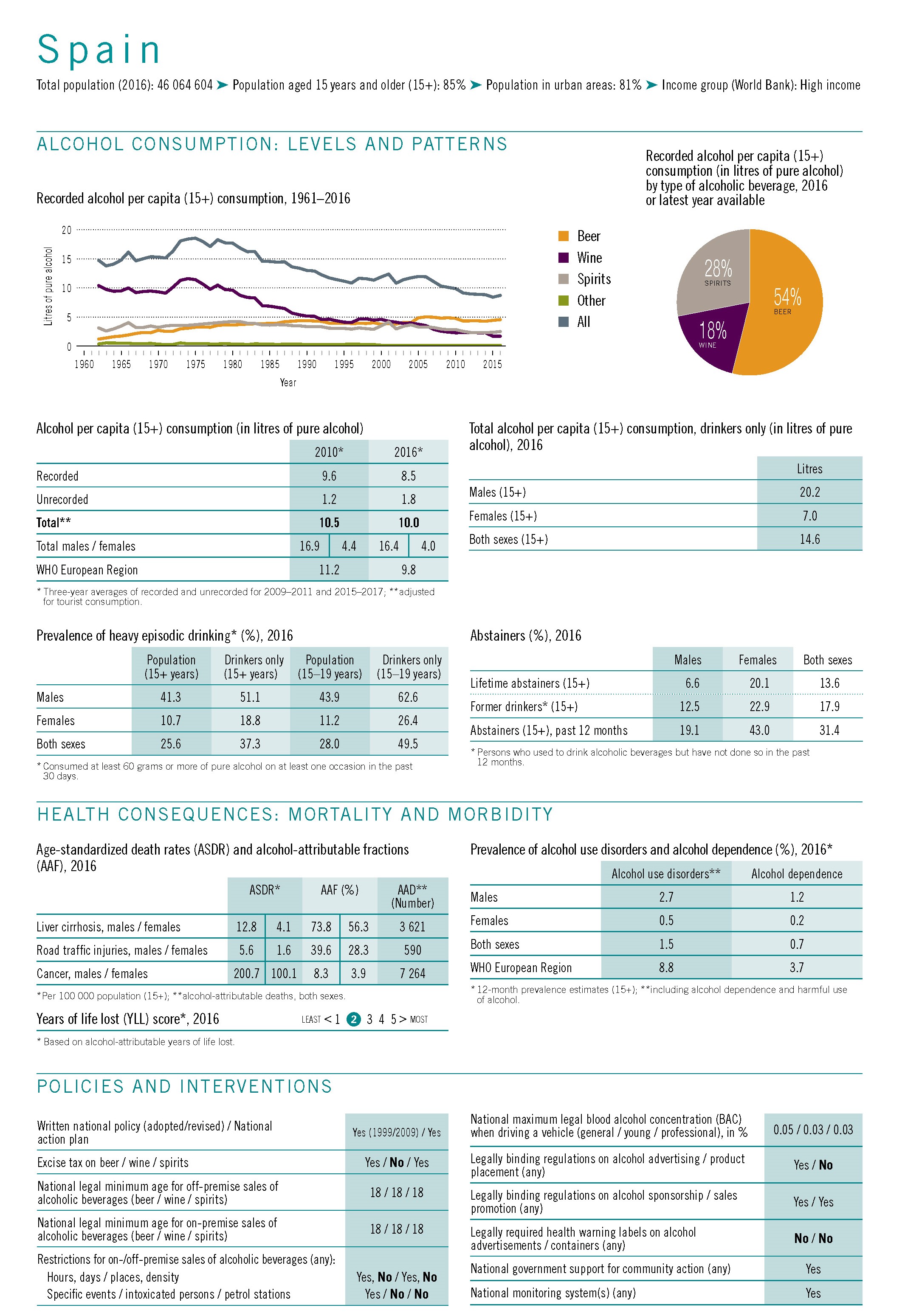 According to the WHO, total per capita alcohol consumption in Spain is 10 litres, which is above the WHO European regional average. Binge alcohol use is rather high in the country with almost half (49.5%) the alcohol using youth engaging in heavy episodic alcohol intake.

Spain can strengthen their alcohol control policy further by improving alcohol availability policies and marketing regulations. Spain should also update its national alcohol policy that was last revised in 2009, in order to better prevent and reduce alcohol consumption and related harm.