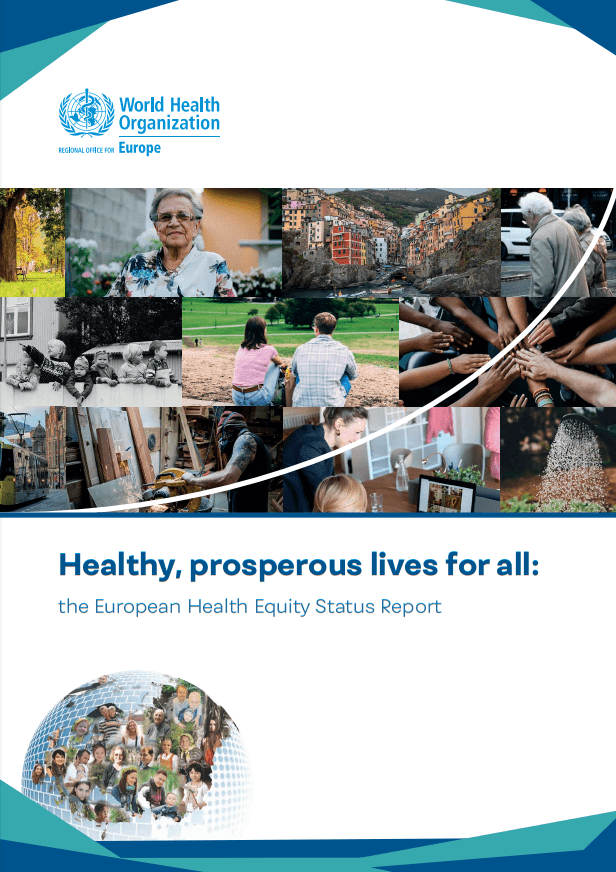 WHO’s first-ever Health Equity Status Report reveals that health inequities in many of the 53 countries in the WHO European Region remain either the same or have worsened despite governments’ attempts to address them.

The Report newly identifies 5 key risk factors that are holding many children, young people, women and men back from achieving good health and leading safe and decent lives. The Report also shows that alcohol use is a key risk factor for health inequity and alcohol harm is in turn a consequence of health inequities.

For the first time, the Health Equity Status Report provides governments with the data and tools they need to tackle health inequities and produce visible results in a relatively short period of time, even within the lifetime of a national government of 4 years,” says Dr Zsuzsanna Jakab, WHO Regional Director for Europe.

The range of policies outlined in the Report stimulates both sustainable development and economic growth. Reducing inequities by 50% would produce financial benefits to countries ranging from 0.3% to 4.3% of gross domestic product (GDP), the Report finds.

The alcohol, food, tobacco and gambling industries use marketing, lobbying and other influences, which, in the long term, undermine policies to reduce NCDs and health inequities,” according to the report.

In England, areas in which people with low socioeconomic status live have five times the number of fast-food outlets compared to wealthier areas.”

How serious is the health divide in the European Region?

Key findings on current health status and trends across the Region show a significant health divide.

The Health Equity Status Report also identifies new and emerging groups at risk of falling into health inequity. These include, for instance, young people who leave school early – these individuals are at greater risk of mental health issues and poverty due to insecure labour markets and higher exposure to frequent periods of unemployment.

For the first time, the Health Equity Status Report captures the impact of policies to address these risks over the last 10 to 15 years. It finds that many of the critical factors that are driving health inequities are not being sufficiently addressed by countries across the European Region. For example, while 29% of health inequities stem from precarious living conditions, 53% of countries in the Region have disinvested in housing and community services in the last 15 years.

Researchers identified 5 critical factors and assigned to each a percentage reflecting its contribution to the overall burden of inequity.

The effects of living in poverty during the early years and childhood are strongly associated with increased risks of adopting health-harming behaviours, such as smoking, […] alcohol  and [other] drug use during adolescence. This association extends to increased development of chronic ill health, including diabetes, cancer, CVD and respiratory disease in later life,” says the report.

This report explains how we can achieve health equity and bring positive change into the lives of all people in our Region. Through this effort we can achieve the Sustainable Development Goals, particularly Goal 10 on reducing inequity – the only Goal which is not improving in our Region,” says Dr Jakab.