The Czech Minister of Health has launched a new initiative under the theme “not using alcohol is normal.” The Ministry of Health, in cooperation with Czech Television and the Office of the Government, prepared special television spots that point to the risks of alcohol consumption…

The Czech Minister of Health has launched a new initiative under the theme “not using alcohol is normal.”

WHO data shows that even in Czechia, a country with high per capita alcohol consumption, a quarter of the population lives completely from from alcohol in any given year.

The Ministry of Health, in cooperation with Czech Television and the Office of the Government, prepared special television spots that point to the risks of alcohol consumption.

According to the Minister of Health Adam Vojtěch, the costs of treatment of complications and the consequences associated with alcohol use reach CZK59 billion (€2.31 billion) annually.

There are three spots, one aimed at pregnant women, another for alcohol using adults in general and a third for children. Children and youth are the most at risk group from alcohol use. In Czechia children start alcohol use as young as age 12. Children get the first taste of alcohol from parents as the country tends to be largely unaware of the real harm linked to alcohol.

Minister Vojtěch also believes alcohol advertising is a major part of problem and fueling alcohol harm. The alcohol industry invests billions in making attractive ads which normalize the use of alcohol and glamorize the substance. The Minister plans to regulate alcohol marketing to minimize these negative effects.

In addition to TV spots, the Ministry of Health is also preparing the regulation of alcohol advertising and the introduction of higher taxation of alcohol, which is part of the government tax package . 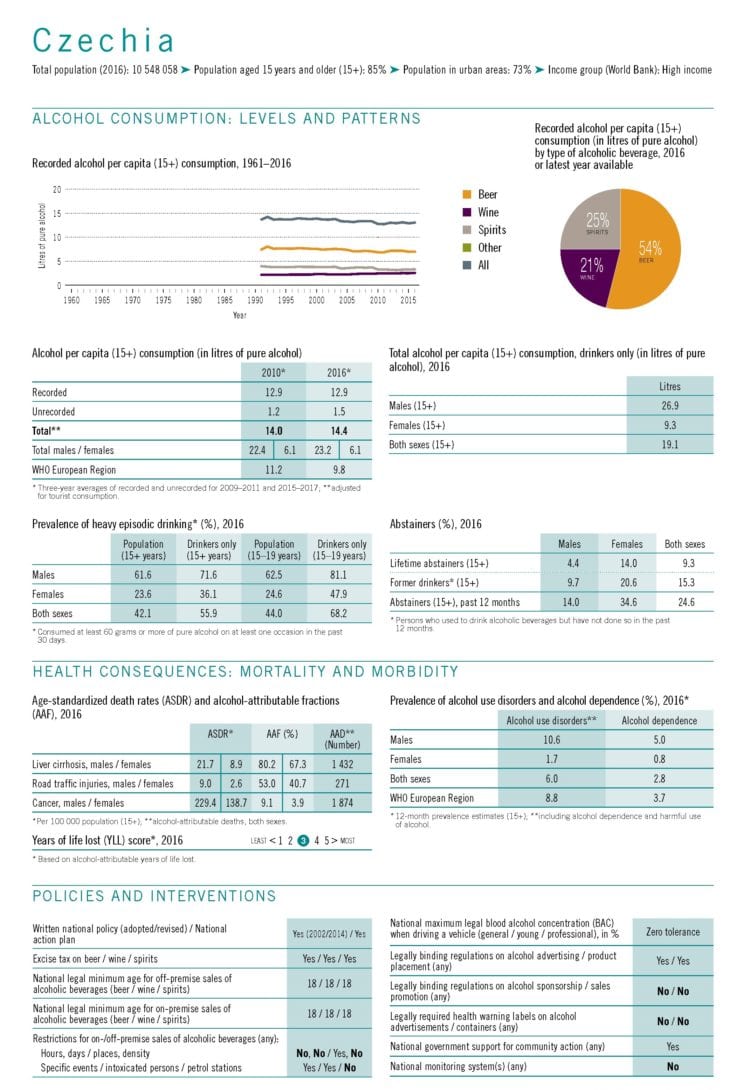 In fact, the recent WHO Europe alcohol status report 2019 shows that Czechia belongs to the countries where heavy episodic alcohol use among adults is most prevalent.

Banning alcohol advertising, promotions and sponsorship as well as alcohol tax increases are two of the alcohol policy best buys recommended by the WHO – for example in the SAFER package – and as such would have a significant positive impact if implemented properly, by preventing and reducing alcohol harm in the country.