Welcome to another week of carefully curated alcohol policy news, latest science updates, insights into Big Alcohol revelations as well as some outstanding blog posts from IOGT’s Global Voices.
Special feature: Alcohol harm seen from the eyes of the world’s children
We dive into a new tool for children from families with parental alcohol problems and we share the perspectives of children in South-East Asia regarding alcohol…
Content: For week 43, our Global Alcohol Policy Round-Up contains:
Alcohol policy updates come from Wales, Australia, Canada, South Africa and the UK…
Fresh science updates are about an analysis of how governments can create healthy lives, review of alcohol brief interventions in sub-Saharan Africa, and the global governance arena of alcohol…
Our Big Alcohol monitor exposes how the alcohol industry puts pregnant women and the unborn into harm’s way and how Facebook and Big Alcohol target children with alcohol ads…
On our Global Voices Blog Portal we have two new stories: Kristina writes about her expectations concerning the new partnership between FIFA and the WHO; and David writes about the long journey to Uganda’s first alcohol policy…

Alcohol harm seen from the eyes of the world’s children

The government of Wales have published the impact assessment of their minimum unit pricing (MUP) policy. The Impact Assessment found: Increasing alcohol prices will reduce consumption and thereby, decrease alcohol-related deaths and hospitalizations.

Comprehensive alcohol policy solutions have significantly reduced alcohol-related hospitalizations and violence in the Northern Territory of Australia. Australia’s first Minimum Unit Price (MUP) on alcohol has been instituted in NT, along with a comprehensive program of alcohol policy reforms including many of the 200-plus recommendations contained in the Review of alcohol policies and legislation (the Riley Review) headed by former Chief Justice Trevor Riley.

Due to the policy changes the Territory has seen a massive reduction in alcohol harm including reduced hospitalizations, violence and people entering sobering up centres…

Alcohol affordability and availability are thus key drivers of gender-based violence.Alcohol has also been identified as the 3rd leading risk factor for death and disability in South Africa. In the Western Cape region, many attempts have been made over several years to prevent and reduce alcohol harm, by governments and civil society. Unfortunately, there has been little systemic success to show for all the effort.

There is an urgent need for a strong federal alcohol policy in Canada to significantly reduce alcohol consumption, to curb related harm and to close the loopholes in the current policy.

As IOGT International is documenting, alcohol policy has been ignored for years by the federal government in Canada.

At the same time some provincial governments such as Ontario have even been weakening their alcohol control systems leading to increased harms.

According to a new study cuts in alcohol taxes have led to nearly 2000 more deaths and 100,000 additional crimes in England.

The study, commissioned by the Institute of Alcohol Studies and conducted by University of Sheffield found that since 2012, the taxes on alcohol has been falling. A duty escalator was introduced in 2008 but scrapped in 2013 and the government has been cutting or freezing taxes on alcohol every year since then…

Creating Healthy Lives: A Whole-Government Approach to Long-Term Investment in the Nation’s Health

According to the BBC climate change food calculator alcohol, particularly beer, fuels climate change.When calculating for emissions from one pint of beer – taken 3 to 5 times a week and within the guidelines for alcohol use provided by NHS – it amounts to 139kg of greenhouse gas emissions per year…

New research has found that Big Alcohol and bodies funded by the alcohol industry are encouraging women to keep using alcohol throughout pregnancy despite scientific evidence stating otherwise.

The alcohol industry and their front groups are ignoring scientific evidence about the harms and dangers associated with alcohol use during pregnancy. They are also publishing false and misleading information and undermining the understanding of risks to get women to keep consuming alcohol while pregnant…

An investigation by the Guardian and the Danish Broadcasting Corporation has found Facebook has marked minors as “interested in” alcohol and gambling, thereby exposing them to harmful ads. 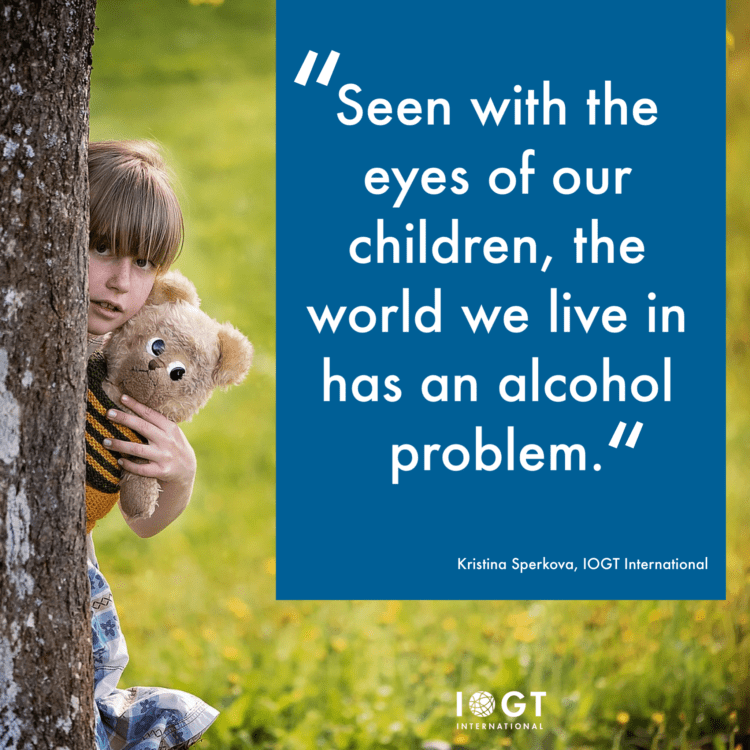 Special Feature: Alcohol harm seen from the eyes of the world’s children

Sesame Street has launched a new initiative to help kids deal with parental substance use problems.

Sesame Workshop, the organization that produces the beloved children’s show, has created a new character Karli and a series of videos that features the 6-year-old Karli talking to her friends about her mom’s struggle with addiction. The group has also launched a website with toolsdesigned to guide parents, teachers, caregivers and other adults to support kids dealing with parental substance use problems.

WHO SEARO Publication: Alcohol in the Eyes of Kids

The World Health Organization Regional Office for South-East Asia has published a booklet on how children see alcohol.

In the discourse on alcohol, the voice that is missing is that of the young. It is their voice that we need to hear. It is they who are affected most. It is their future at stake,” writes Dr Poonam Khetrapal Singh, Regional Director, WHO South-East Asia.

The publication contains pictures drawn by children on how they see alcohol. The drawings follow three main themes:

WHO SEARO Publication: Alcohol in the Eyes of Kids