In the Philippines, NCDs cause a massive economic loss of P756.5 billion according to a new report.

The “Philippine Noncommunicable Diseases (NCDs) Investment Case Report” states the loss includes the direct costs of NCDs involving treatment, care and social security and the indirect costs from various factors, such as lower productivity and loss of the workforce. P756.5 billion is equivalent to 4.8% of the country’s GDP.

The four main types of NCDs, according to the WHO, are cardiovascular diseases, cancer, diabetes and chronic respiratory diseases. Alcohol use is one of the major risk factors for NCDs along with tobacco use, unhealthy diet and lack of physical activity.

NCDs are a major health concern in the country, and is a battle we need to win,” said Dr. Francesca Celletti of WHO Philippines, as per Inquirer.Net.

Alcohol burden in the Philippines 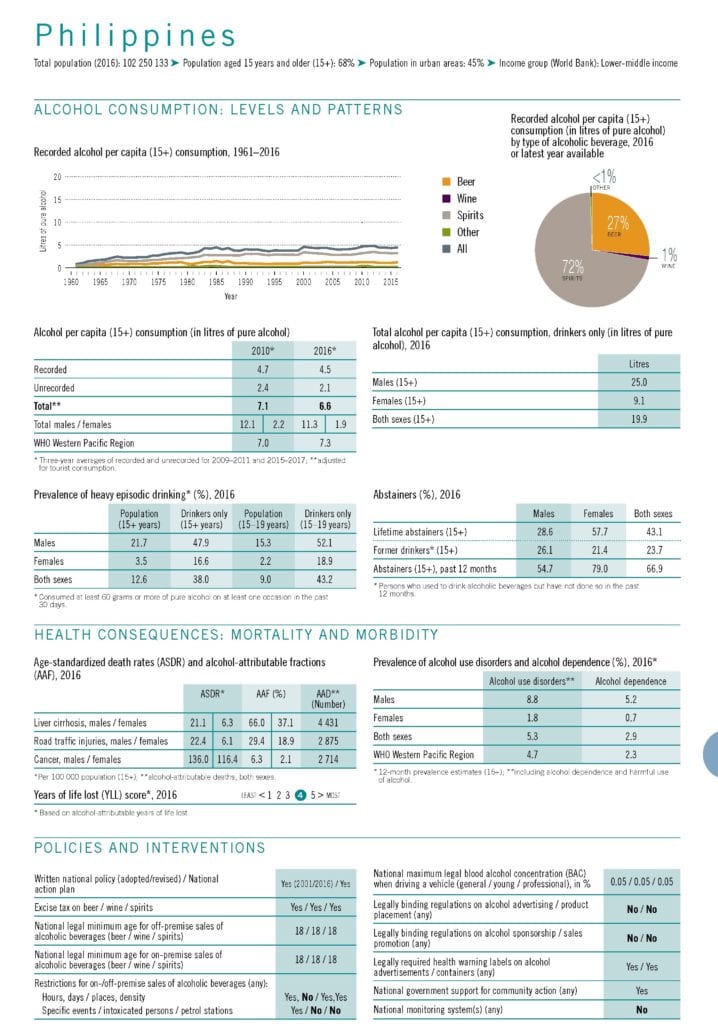 Alcohol is a major risk factor for NCDs. In the Philippines alcohol harm is pervasive and the country ranks among the top in terms of years of lives lost due to alcohol. Alcohol use disorder, for example, is rampant with a prevalence of 8.8% among men – which is almost double the regional average for the WHO Western-Pacific region.

Recently, the government and parliament of the country have intensified action, taking measures to increase taxes on alcohol, which will prevent and reduce alcohol harm and help cover the costs of free health care for Filipinos.

Considering the heavy NCD burden, including through alcohol, and growing alcohol harm, it is imperative that alcohol control measures are strengthened and systematically implemented for the good of the people and safety of all, especially children.