According to the Thai Health Promotion Foundation, the alcohol-free campaign in the three months long Buddhist Lent period saved over 8 billion bhat spent on alcohol and helped reduce alcohol-related deaths by 25%.

ThaiHealth and the Stop Drink Network – a member organization of IOGT International – conducted an alcohol-free campaign for the lent period. According to their data the campaign saved 8 billion bhat that would have been spent on alcohol otherwise.

There are 22.5 million alcohol users in Thailand, according to a survey by the Centre of Alcohol Studies, the Research Centre for Social and Business Development (SAB), and ThaiHealth. Among them 15.9 million are men.

The StopDrink Network found that, 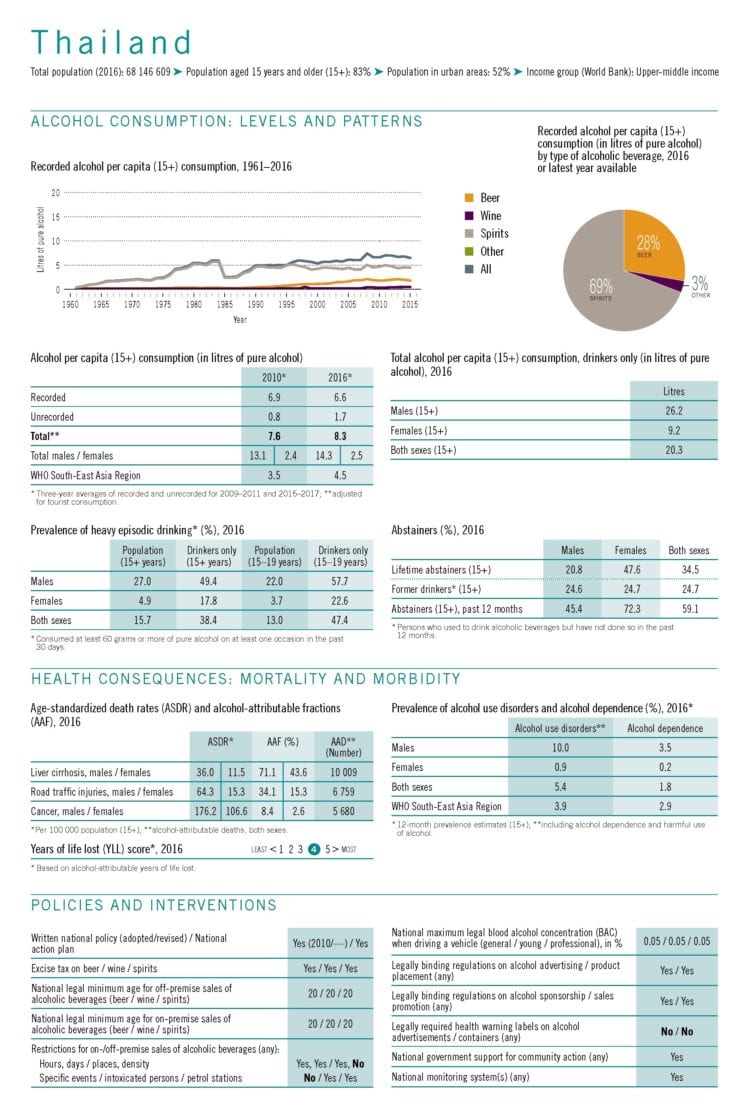 According to WHO, the total per capita alcohol consumption in Thailand is 8.3 litres which is above the average of the WHO South-East Asia region. The majority of alcohol is consumed by males, who use a staggering 26.2 litres of alcohol.

As a result 10% of Thai men are struggling with alcohol use disorders and the country is placed on the high end of years of life lost due to alcohol. As IOGT International recently reported, alcohol is also one of the major causes of marital problems in the country.

Notably, almost 60% of the Thai people are living free from alcohol in any given year.

Campaigns such as the alcohol-free lent season help to promote alcohol-free lives, strengthen the norm os alcohol abstinence and raise awareness about alcohol harm to prevent and reduce alcohol consumption within the country.