A recent survey has found the average person in Britain spends £38,000 on beer alone, with the average Londoner spending double the amount. 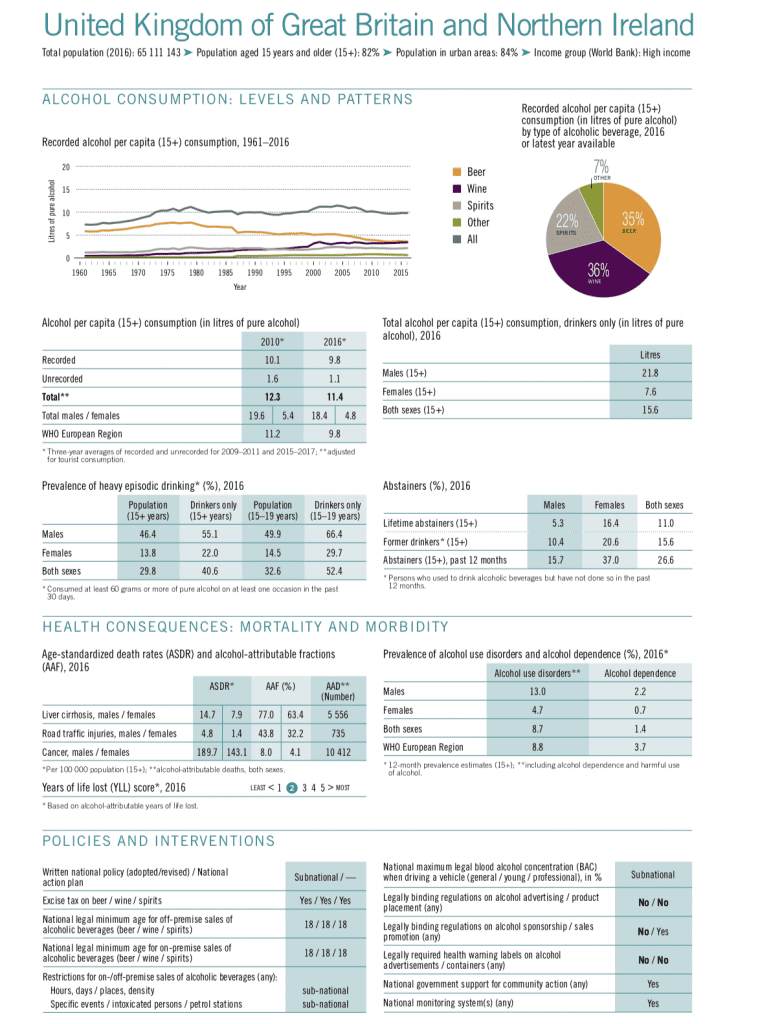 The WHO reports total per capita alcohol consumption in the UK is at 11.4%, which is above the average of the WHO European region. Among British males alcohol use is especially high: they consume 21.8 litres of alcohol per capita per year. Consequently, 13% of men in the UK are suffering from alcohol use disorder.

Binge alcohol use is specifically high among youth users between 15 to 19 years with over half (52.4%) engaging in this harmful behavior.

Beer accounts for about a third of all alcohol consumed in the UK, according to the World Health Organization.

Despite the heavy and obvious alcohol burden on society, government action in terms of alcohol prevention and control has been inadequate over the years. The country has sub-national alcohol policies and does not have strong alcohol advertising or sponsorship regulations.

As IOGT International recently reported, even taxation has been weakened with constant cuts to alcohol taxes leading to an increased number of alcohol deaths in the UK. It is high time the UK took comprehensive and concrete action to better prevent and significantly reduce the harm from alcohol in the country and safeguard people.

UK: Alcohol Harm Will Rise Unless Policy Action Is Taken