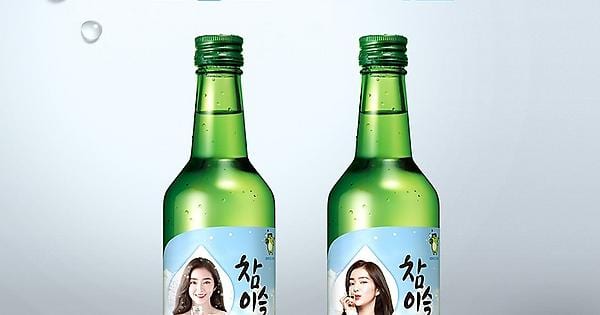 South Korea may ban images of celebrities from alcoholic beverage labels as part of a broader effort to deglamorize alcohol use, the health ministry has announced.

The move will require changing an ordinance regulating advertisements in the National Health Promotion Act. The Ministry of Health and Welfare is working to ammend the legislation to better regulate alcohol marketing, according to the Yonhap News Agency.

The fallout from [alcohol consumption] in South Korea is serious, but compared to tobacco prevention campaigns, efforts by the government in this field have been insufficient,” the ministry announced.

For example, cigarette packages are covered with warning labels and graphic images showing the health risks posed by smoking. But alcohol containers are instead covered with celebrity faces.

In contrast, only 1.3 billion won has been earmarked for alcohol prevention campaigns. But both tobacco and alcohol are categorized as Group 1 carcinogens. Already in 2018 calls for made to regulate alcohol like tobacco.

The ministry said using labels with images of celebrities, which is a common practice in ads, can give the wrong impression and glamorize alcohol. It added that among Organization for Economic Cooperation and Development (OECD) countries, South Korea is the only member that permits such practices.

YNA reports that, Rep. Nam In-soon of the ruling Democratic Party said that celebrities were exerting considerable influence over impressionable young people, and it was best not to allow such alcohol marketing practices to continue.

Examples are many of how the marketing practices of the alcohol industry clearly transgress ethical limits. For example, singer Irene from the girlband Red Velvet is the face of Chamisul soju, produced by HiteJinro, the world’s largest soju maker.

Irene and K-pop group Red Velvet are heavily engaged in marketing chamisul to their fans.

The band was also recognized for their brand recognition and marketing power, having topped the ‘Girl Group Brand Power Ranking’ published by the Korean Corporate Reputation Research Institute for three consecutive months.

This context explains the marketing strategy of the alcohol industry to recruit girls and young women as new consumers. In South Korea, almost half of all women live free from any alcohol consumption in any given year, according to WHO data. 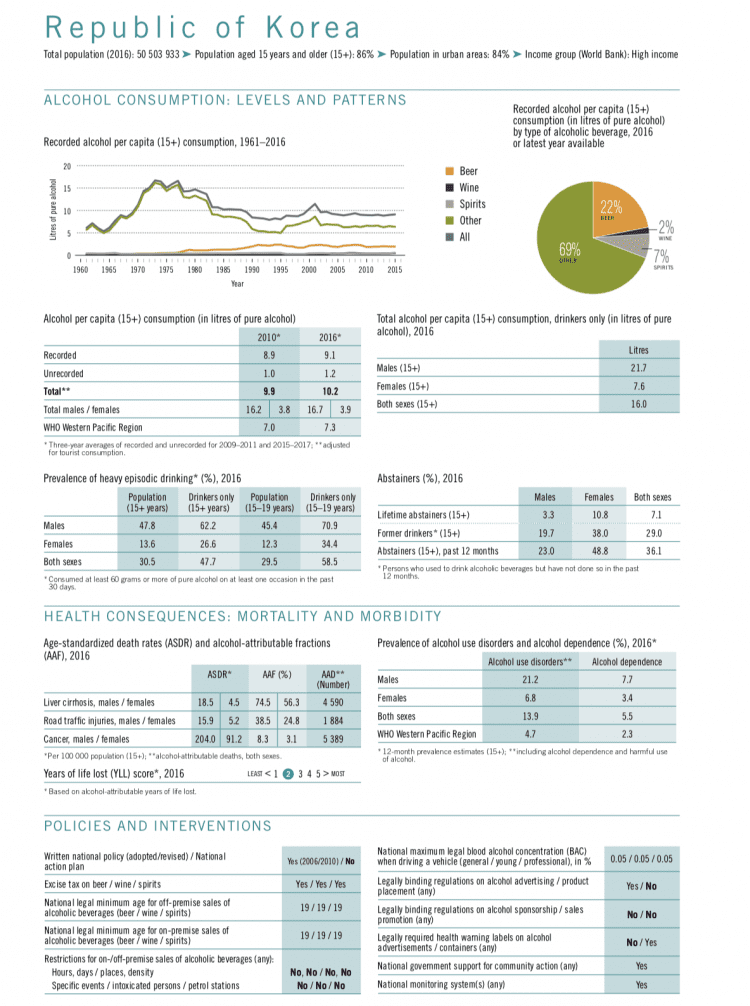 As reported by WHO, alcohol per capita consumption in the country is at 10.2 liters which is higher than in 2010 and comparatively above the average of the WHO Western Pacific Region. Alcohol consumption us high and keeps rising and so is the burden of alcohol harm in the country:

The system of alcohol regulations in South Korea obviously needs more improvements that banning certain marketing practices – even though it is a good start.

After Crackdown on Tobacco Advertising, Will Alcohol be Next?