Belgium’s capital Brussels is set to implement an alcohol ban in public space in the city center, starting 2020.

Consuming alcohol at night in central Brussels will be banned from February 1st, 2020 for a test period of 6 months. The new policy measure is intended to reduce and prevent fights and disruption of public order fueled by alcohol.

People in a state of permanent intoxication … are almost always at the basis of the complaints about the area,” said Brussels mayor Philippe Close, as per The Brussels Times.

According to the measure, alcohol consumption will be prohibited from 12:00 midnight to 6:00 AM, in the zone reaching from Place Fontainas to Place De Brouckère, including some adjacent streets.

There is a €350 fine for people who do not adhere to the ban. However, cafes and night-shops are allowed to sell alcohol at night. 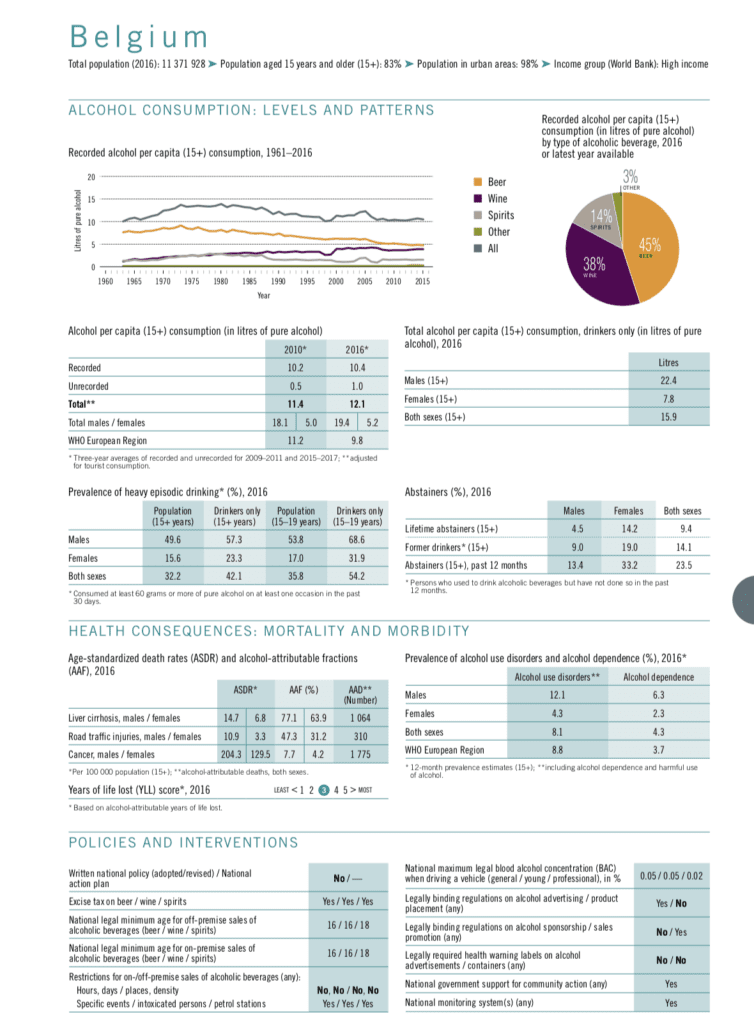 As the WHO reports, Belgium has a total alcohol per capita consumption of 12.1 litres, which is above the average for the WHO European region and means an further increase compared to 2010. This is remarkable because Belgium committed itself voluntarily to reducing per capita alcohol consumption by 10% until 2025.

Male consumption is specifically high at 22.4 litres per capita (alcohol users only). Binge alcohol use is high among alcohol using youth between 15 to 19 years with over half (54.2%) engaging in this harmful habit.

The resulting alcohol harm is obvious.