A new survey has found at least one third of high-schoolers in Hungary consume alcohol.
The online survey conducted by the Szétcsúszva program shows alarming data on alcohol use among children and adolescents. The survey found, at least a fourth of youth between 14 to 18 years consume alcohol weekly, 80% of 15-year-olds have tried alcohol…

A new survey has found at least one third of high-schoolers in Hungary consume alcohol.

The online survey conducted by the Szétcsúszva program shows alarming data on alcohol use among children and adolescents.

The situation is worse for small settlements where 60% of young people have tried alcohol before even turning 14, while in Budapest, the capital of Hungary, the percentage is at least below 50%, but still very high.

The survey also finds that alcohol harm among youth is immediate and grave in Hungary.

Despite the harm that youth themselves report, they continue alcohol use, possibly because of the pervasive alcohol norm and alcohol myths that these young people believe. The survey has found: 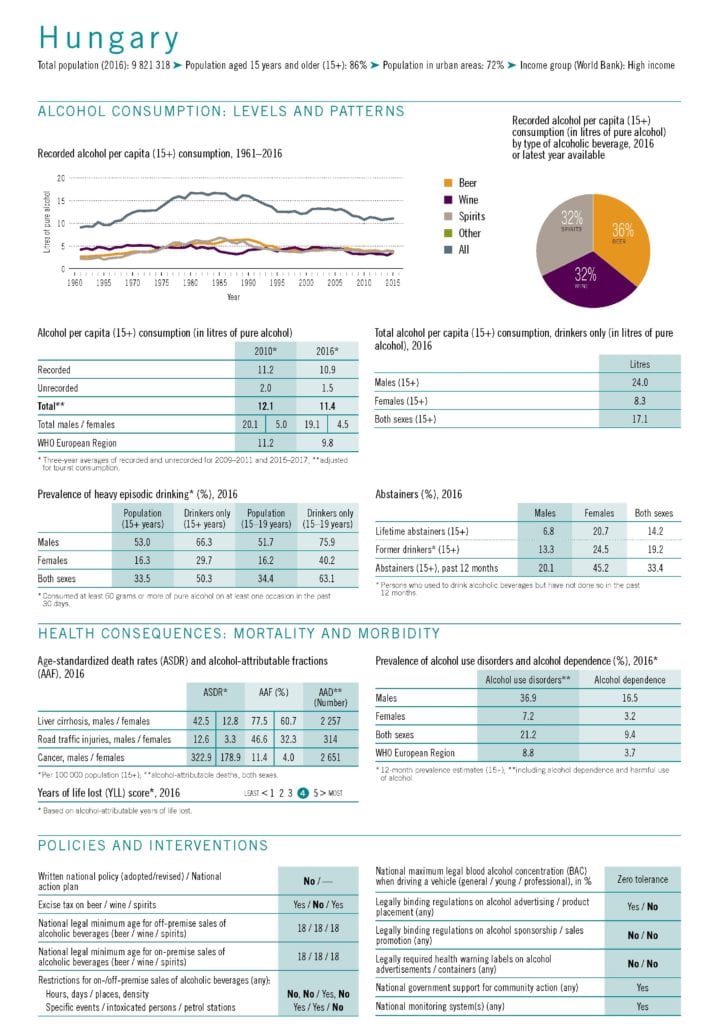 As the WHO reports, binge alcohol consumption among alcohol using youth between 15 to 19-years-of-age is also very high at 63.1%. Hungary is placed at the high end for years of life lost due to alcohol.

IOGT International previously reported some 800,000 people suffer alcohol addiction in Hungary with about 30,000 dying annually due to alcohol.

Despite the obvious harm, the country does not have a comprehensive national alcohol control policy. It is evident from the above survey data and WHO data that an alcohol control policy encompassing WHO best buys is necessary for Hungary to significantly reduce the alcohol burden – especially among children, adolescents and young people. The WHO SAFER package also provides important guidance which can be used to reduce alcohol harm within the country. Further, education and awareness about the real effects of alcohol is also a necessity to prevent and reduce alcohol harm, and dismantle the alcohol norm among Hungarian youth.