Japan’s harmful alcohol norm in workplaces is changing as working culture changes in the country. Previously gatherings formed around alcohol or Nomikai was seen as an integral part of work. However, working culture is changing in Japan. Now forcing an employee to consume alcohol is seen as power harassment…

Japan’s harmful alcohol norm in workplaces is changing, as working culture changes in the country.

As Movendi International previously reported Japan has an age old pervasive alcohol norm in workplaces. Employees often feel pressured to consume alcohol even if they do not want to. This norm has increased alcohol harm in the country over the years.

Previously, gatherings formed around alcohol or Nomikai was seen as an integral part of work. Employees often felt the pressure to attend these, especially when their boss invites. These gatherings were also seen as a way to be included in the group and to get to know colleagues and bosses.

However, working culture is changing in Japan. Now forcing an employee to consume alcohol is seen as power harassment. More and more employees and employers are aware of different types of harassment and there is more action taken against employers who abuse their power.

The government wants to introduce rules for employers to prevent power harassment from next year. The move is part of a wider effort to stamp out harmful workplace behaviour.

After 1990 when Japan’s economic bubble burst, working environments began to change with more part-time work and women in the workforce. The idea about socializing with bosses also changed with the environment. Now Japanese workplaces are becoming more like others around the world with planned social events. Employers are discouraged to ask their employees to socialize with alcohol as it is seen as harassment. 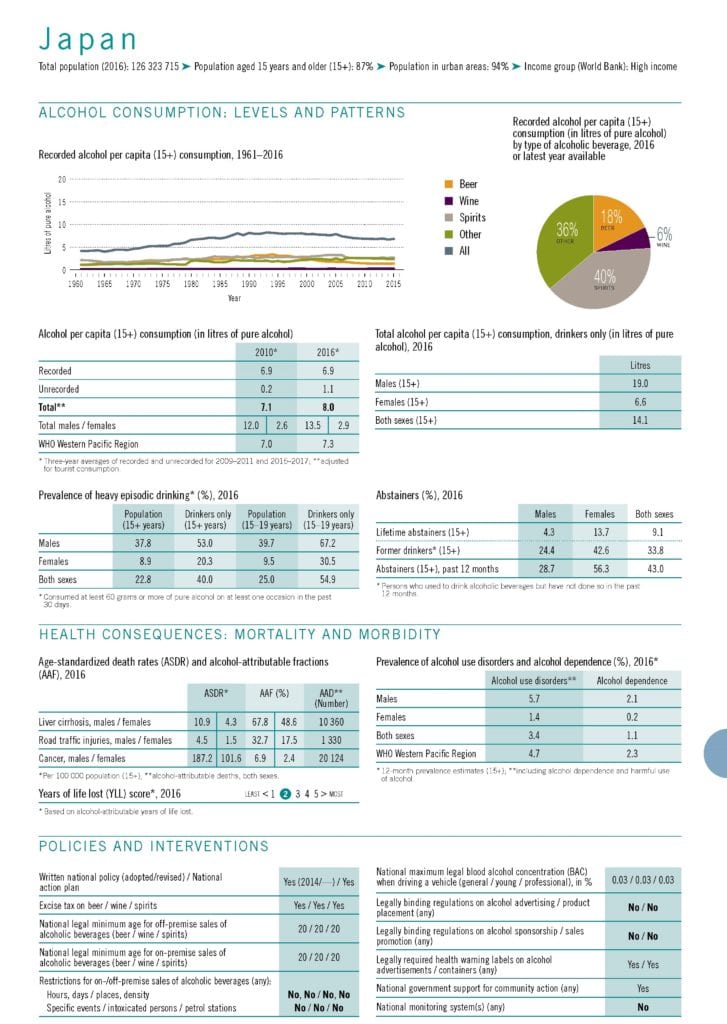 The harmful alcohol norm in Japan has increased the country’s alcohol burden. As the WHO reports, in Japan alcohol causes,

Changing the alcohol norm is a positive trend in the country to reduce alcohol harm. If supplemented by stronger policy solutions the country can work to effectively reduce alcohol consumption and harm. Restrictions on alcohol sales, alcohol advertising, sponsorship and promotion regulations and a monitoring system for alcohol policy are areas which can be further improved in Japanese alcohol control policy.