Youth in Romania are experiencing significant alcohol problems.
A new study found Romanian youth aged between 18 and 24 pay the most for alcohol. For example they spend 17 times more on alcohol than on culture. RON 70 (€15) was spent on alcohol while only RON 4 (less than €1) was spent on culture.
According to the study, several criteria affect how much youth spend on alcohol. This includes, price, brand and advertisements…

According to the study, several criteria affect how much youth spend on alcohol. This includes, price, brand and advertisements. There is robust evidence that alcohol marketing targeted to youth affect their alcohol initiation and consumption levels. Big Alcohol invests heavily in alcohol marketing precisely for this reason.

According to Marius Luican, the research leader of the study, alcohol consumption in Romania is possibly much higher than official figures as 50 to 60% of spirited alcohol are sold non-taxed.

According to the new World Health Organization (WHO) Europe country fact sheet for Romania, alcohol consumption and binge alcohol use are both high for Romanian youth comparative to the average for WHO European region. 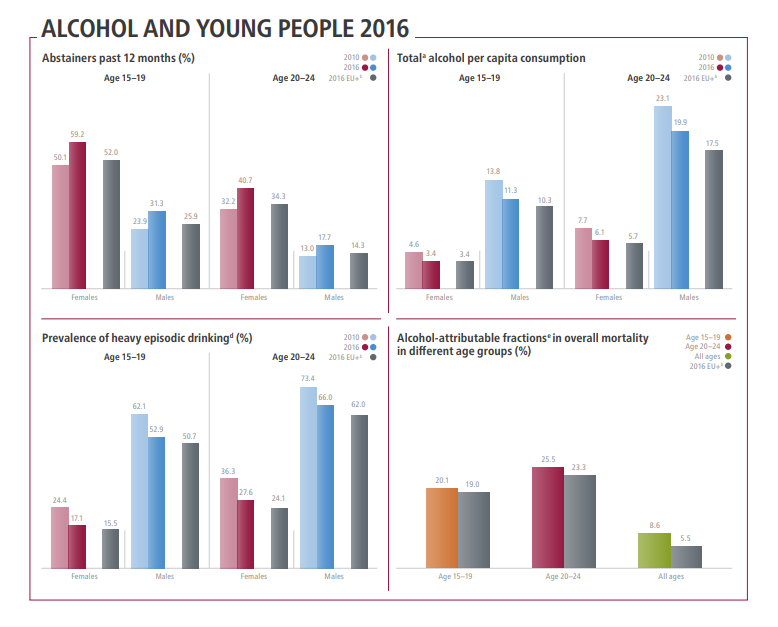 Harm from the heavy consumption is reflected as alcohol is attributable to 20.1% of  deaths among 15 to 19 year olds and 25.5% deaths among 20 to 24 year olds. Both the figures are again higher than the European averages.

Lack of youth protection due to absent alcohol control

Data from the 2018 WHO Global Alcohol Status Report shows both how immense the alcohol harm is in the country, and among young people in particular, as well as how bad the situation is with regard to cost-effective, high-impact alcohol policy measures.

The country does not a written national alcohol policy.

Therefore, Romania is ranking among the top countries in terms of years of life lost due to alcohol. More than 4000 cancer deaths and more than 6000 liver cirrhosis deaths are caused by alcohol every year – and the problems begin early in the life of young Romanians. 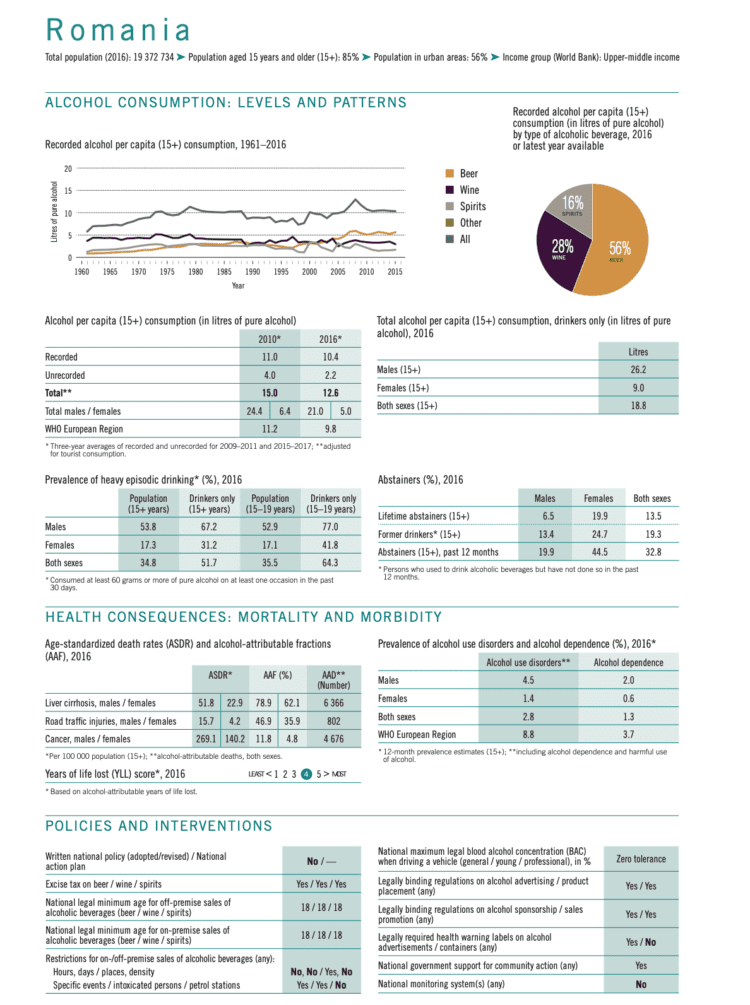 Largely unregulated alcohol price, availability and marketing are key reasons for high levels of youth alcohol use and harm in Romania. But evidence-based solutions are available, as recommended by the World Health Organization.